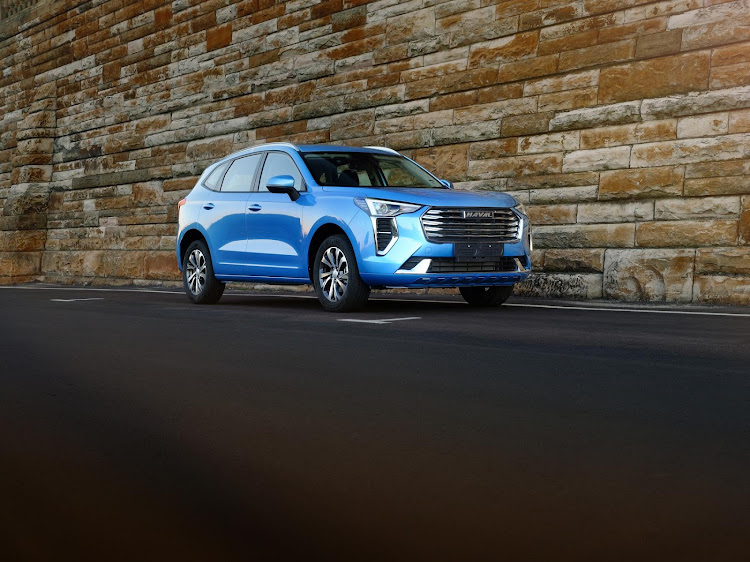 The new Haval Jolion was the country’s second best-selling compact SUV in its first full month on sale. Picture: SUPPLIED

SA’s new-vehicle market is in gradual recovery mode in line with a projected 3% growth rate for the economy in 2021, says the National Association of Automobile Manufacturers of SA (Naamsa) Automotive Business Council.

The motor industry umbrella body was commenting on the release of the latest domestic new-vehicle statistics, which saw sales rise to 38,337 units in May compared with 35,779 the month before, albeit with April affected by fewer selling days due to a number of public holidays.

Last month’s sales were far short of the 44,217 units sold in March.

Year-to-date new-vehicle sales are 44.9% above those of the matching period last year, but hard lockdown restrictions halted vehicle production and sales for several weeks in 2020.

The Naamsa CEOs Confidence Index, a business confidence indicator in the domestic automotive industry, reflects that business condit+ions over the next six months will continue to improve, says Naamsa CEO Mikel Mabasa.

“They [CEOs] are mainly positive of a robust recovery in the domestic as well as the global new-vehicle markets over the next six months, as the domestic and international markets rebound from the low base of 2020. However, structural constraints in the economy, coupled to the growing debt of the country and the ongoing electricity capacity limitations would continue to curb a potential quick recovery to pre-Covid-19 levels.”

The Toyota Hilux occupied its regular spot as the country’s best-selling model range and top selling bakkie, ahead of the Ford Ranger.

Budget hatchbacks continued to dominate passenger-car sales, as usual led by the VW Polo and Polo Vivo, with strong performances by the Suzuki S-Presso, Renault Kwid, Hyundai i20 and Toyota Starlet.

The new Haval Jolion made an instant impact by selling 707 units in its first full sales month to become the country’s second-most popular compact SUV behind Toyota’s Urban Cruiser, overtaking rivals such as the VW T-Cross, Ford EcoSport and Hyundai Venue. The new Kia Sonet also fared well in this burgeoning market segment, selling 440 units despite being launched only midway through the month.