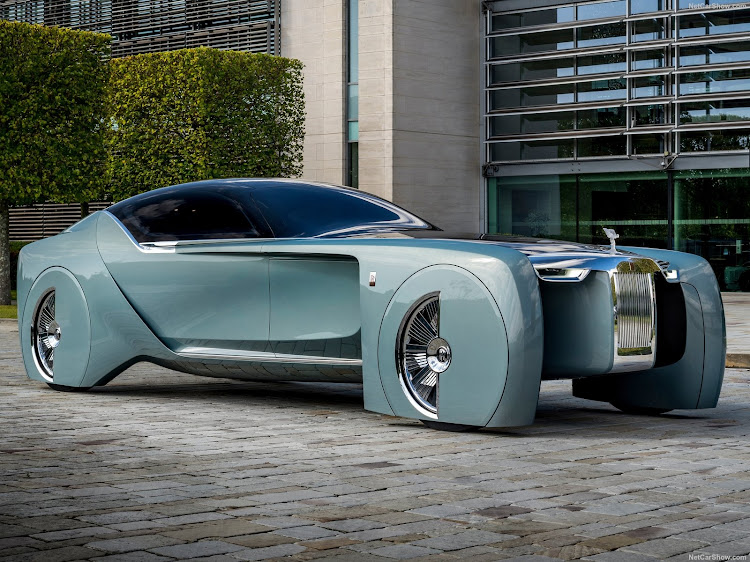 The Rolls-Royce Vision Next 100 electric car of 2016 was a showcase for the brand’s future design ideas and technology. Picture: NETCARSHOW

Rolls-Royce confirmed it’s working on an all-new vehicle called Silent Shadow as the iconic British brand prepares to offer a fully electric car to its ultra-wealthy clientele this decade.

The BMW AG division in 2020 filed a trademark with the German patent office for the name Silent Shadow, a nod to the Silver Shadow model sold from 1965 to 1980. Rolls-Royce CEO Torsten Mueller-Oetvoes stayed coy on a potential launch date for the vehicle.

“That is still a secret,” he said in an interview with Bloomberg Television. “But it will  of course  obviously be a brand-new Rolls-Royce, rest assured.”

Regulation is catching up with super-luxury carmakers, with countries such as the UK planning to ban the sale of combustion-engine vehicles. While some of the cachet of a Ferrari derives from its growling engine, Mueller-Oetvoes said the quieter tones of Rolls-Royces couple well with battery power.

“Electrification fits perfectly to Rolls-Royce — it’s torque-y, it’s super-silent,” he said. “We are not known for roar-y, loud engines and exhaust noises whatsoever, and that’s a big benefit.”

While the pandemic suppressed vehicle demand in many regions, Rolls-Royce’s production run is booked out for the year. Orders started to rise strongly from the fourth quarter of 2020 and onward as the pandemic unleashed a free-spending attitude, Mueller-Oetvoes said of the company’s clients.

“Many of them have witnessed how quickly life can end, and so it’s good to enjoy life today and not to postpone it to any later years,” Mueller-Oetvoes said.

The Phantom II Continental deserved a proper restoration, down to the last nut and bolt
Life
6 months ago