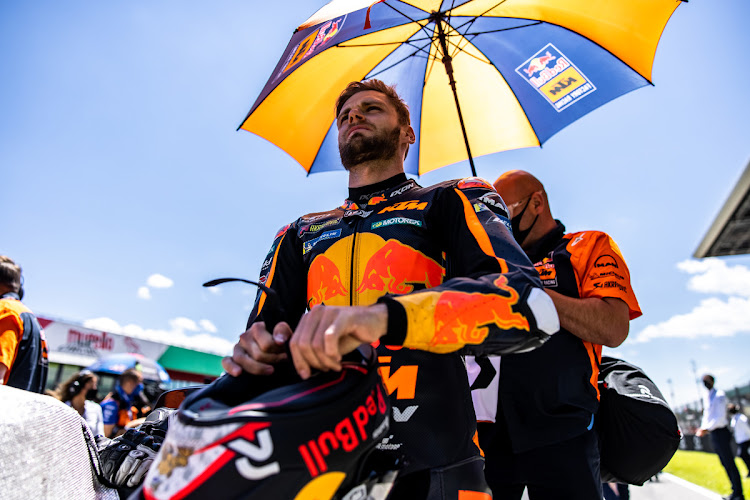 Brad Binder survived a first-lap crash with Marc Marquez, which inflated the airbag in the South African’s riding suit, to finish fifth in Sunday’s Italian MotoGP at Mugello — equalling his best result of the season.

The KTM rider, who qualified sixth, had a lively start to the race after nearly crashing out on the sighting lap and then getting hit by Honda’s Marquez, who fell and retired from the race. Binder lost a couple of positions as he worked his tyres and confidence up to effective race pace.

Making his MotoGP debut at Mugello after placing 13th in the French MotoGP on May 16, he fought back to fifth and was just over four seconds from winner Fabio Quartararo (Yamaha) at the flag.

Binder’s team-mate, Miguel Oliviera, was second in KTM’s first podium of 2021 after a slow start to the season.

“I’m happy with fifth today, even if I did want more but I had a crazy race,” said Binder.

“I almost tucked the front on the sighting lap, so I was trying to work out the conditions and why I felt different. I didn’t have a perfect start and then I was cautious on the first three laps. Marc [Marquez] rode into me and my airbag fired which meant I couldn’t move for almost a lap!

“After that I could finally get into a rhythm and chase the group in front of me although I didn’t quite have the pace to get through it. Anyway, I’m pleased with another top five and we’ll try to keep this momentum for the next races.”

After claiming the rookie of the year title in his debut season in 2020, and sensationally winning the Czech race, the South African’s had a topsy-turvy start to 2021.

He started inauspiciously with respective 14th and 8th places in the season-opening duo of races at Qatar’s Losail circuit which didn’t suit KTM, then fought back to place fifth in Portugal before crashing out of the Spanish Grand Prix on May 2. Two weeks ago he finished 13th in the rain-affected French race, nearly a minute behind the leader.

Sunday’s fifth place at Mugello moves him up to eighth in this year’s championship on 35 points as the highest placed KTM rider, but a long way behind series leader Quartararo on 105 points.

The next round is this weekend’s Catalan MotoGP in Barcelona, Spain.

The seven-time, premier-class world champion has fared poorly this season and is lying 19th
Life
11 months ago