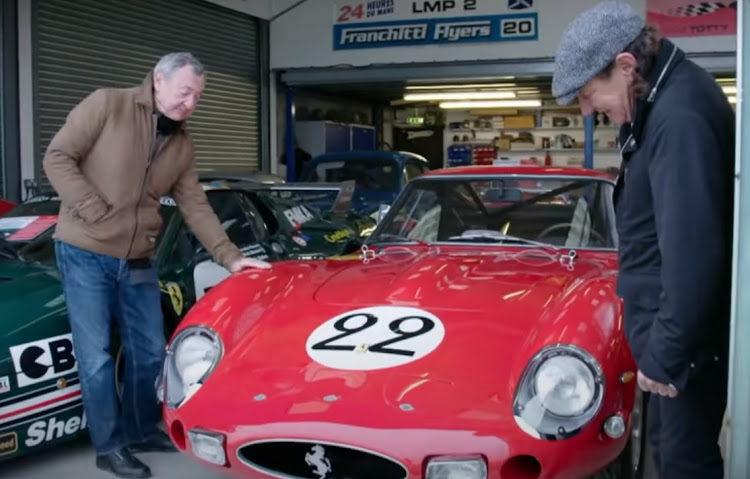 In the documentary series Life on the Road, Brian Johnson, the former AC/DC frontman, meets some of the biggest names in rock n roll to share their experiences of going on tour around the world.

A recent episode that will interest petrol heads is Johnson’s visit with Nick Mason, who is almost as famous for his classic-car collection as he is for being Pink Floyd’s drummer.

The Ferrari 250 GTO was produced by Ferrari from 1962 to 1964 for homologation into the FIA's Group 3 Grand Touring Car racing category. "GTO" stands for Gran Turismo Omologato, Italian for "Grand Touring Homologated. It was powered by a 3.0l V12 engine and the "250" denotes the displacement in cubic centimeters of each of its cylinders.

The 250 GTO is the pride of the prancing horse section of Mason’s vast classic-car collection, and its pedigree is heightened by the fact that it was used as collateral to help finance Pink Floyd's Momentary Lapse Of Reason tour in 1987. Mason bought it for £37,000 (R730,000) in the 1970s and it’s now worth an estimated £28m (R553m) — quite the astute investment.

Mason doesn’t keep this automotive rarity locked up in a garage and takes it for drives from time to time, including a trip to the Nurburgring and as the wedding car for both his daughters.

Watch these two rock legends act like kids in a candy store when they take the 250 GTO for a spin while the soul-stirring roar of that V12 rocks their worlds.

An extract from the Nick Mason episode of A Life On The Road. Nick arrived by helicopter and took Brian for a spin in his £40M Ferrari 250 GTO - the car that helped finance Pink Floyd's Momentary Lapse Of Reason tour.