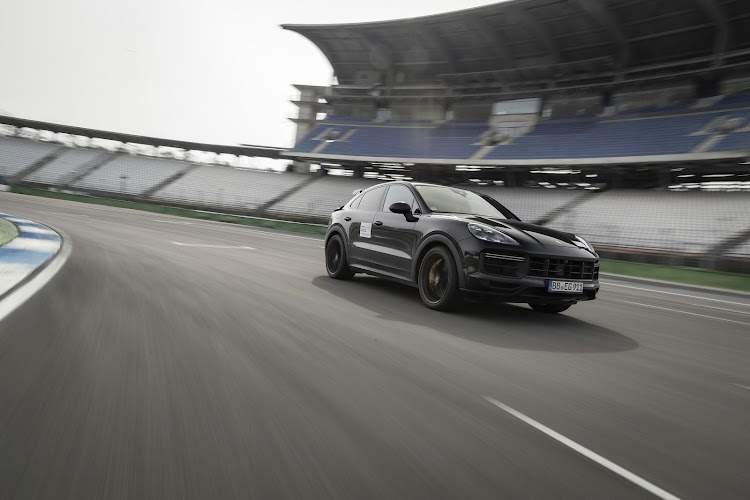 The new model will be the most track-focused Cayenne. Picture: SUPPLIED

Porsche is readying a new track-focused model of its Cayenne Coupé range that’s based on the current Cayenne Turbo Coupé model, but with better dynamics. The teaser images show a more pumped iteration with an outwardly sportier, central placed titanium exhaust stack which Porsche says emits an emotive sound.

Porsche ambassador and two-time world rally champion Walter Roehrl has been putting a lightly camouflaged prototype through its paces at the Hockenheimring circuit in Germany, while Porsche says the new model will reclaim its best in-class performance once again. Perhaps this is an intent to wrestle the title of “fastest SUV around the Nurburgring” away from its Audi RSQ8 cousin.

The disguised performance model is said to feature a raft of performance enhancements to its chassis and control systems such as a comprehensively revamped front axle and PDCC, the brand’s active anti-roll system that anticipates and reduces lateral body movement when cornering is also found in its more athletic GTS models.

Porsche test driver Lars Kern, who has been a part of the development programme, says: “Compared with the Cayenne Turbo Coupé, the front rims are now half an inch wider, and negative camber has been increased by 0.45° in order to provide a larger contact area for the 22-inch sports tyres newly developed especially for this model.”

He also described the new Cayenne as a “great leap forward” compared with everything that has gone before. 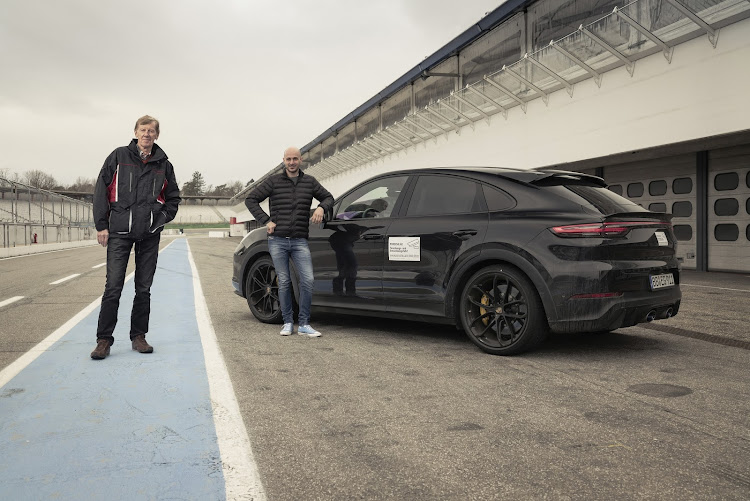 It’s easy to imagine what the hard-core Turbo model is likely to encompass and wield. Definitely the same 4.0l engine that outputs 404kW and 770Nm of its donor car will be used. Whether power will be ramped up is still a mystery but in all likelihood it will be propelling a body made lighter by the company’s famous carbon sports packages that significantly reduce weight while upping the tempo.

We can also expect decreased sound proofing to free up the sounds of its titanium exhaust system to permeate through the cabin.

“The car remains incredibly stable even in fast corners, and its turn-in behaviour is extremely precise. More than ever, you have the feeling that you are sitting in a compact sports car rather than in a large SUV,” says Roehrl about the new Cayenne, that is also reported will be consumer friendly by averaging 11.6l/100km.