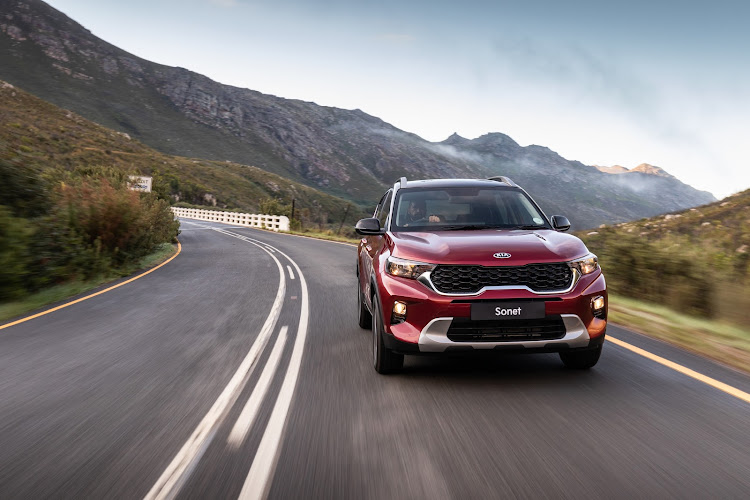 The new Kia Sonet is the latest addition to a small SUV segment that’s on a meteoric rise. Picture: SUPPLIED

The new Sonet (pronounced in the Shakespearian manner “Sonnet”) is a Kia punt at the fast growing and intensely competitive compact crossover segment.

Think Ford EcoSport — one of the oldest and a sales doyen of the segment and Hyundai Venue, the Toyota Urban Cruiser, Suzuki Vitara Brezza and Nissan Magnite to mention a few.

At a glance you’d think it’s probably typical, adequate rather than spectacular, but spend time behind its wheel as I did recently and you start to understand what Kia has truly achieved with this new baby SUV.

It offers decent cabin space and a good driving position with good visibility, plenty of features in the EX grade, and Kia has knocked the driving refinement right out of the park.

What hit me first was the ease of operation of the thing. The steering is finely weighted for effortless manoeuvrability while the engine is sprightly for a naturally-aspirated 1.5l engine and available exclusively throughout the new range.

You have a choice to couple the 77kW and 144Nm engine and its impressive tractability to either a six-speed manual gearbox or a CVT, both of which proved good pairings to the motor.

The manual has smooth cog changes and a light clutch which will not turn bothersome in traffic while the less laborious auto is just as excellent but comes with a R21,000 outlay.

Both transmissions flex the engine’s power output satisfactorily and well-timed down-changes in the manual ensured punchy enough attacks of the steep mountain roads found in Cape Town where its launch event was held. The self-shifter also hasn’t the typical CVT droning racket nor is it easily caught off guard by sudden elevation changes.

The car’s on-road handling demonstrated a sorted chassis with little body roll, and I could afford to get it playful on tight bends, and on a gravel road. It felt planted on the dirt and more good testimony appeared in the form of good sound-deadening measures that kept the thuck-thuck-thuck of small stones hitting against its underbelly far away.

Its wheels weren’t easily fazed by the unpredictability of the loose surface. It felt a good triumph for a vehicle designed for both urban and farm roads. 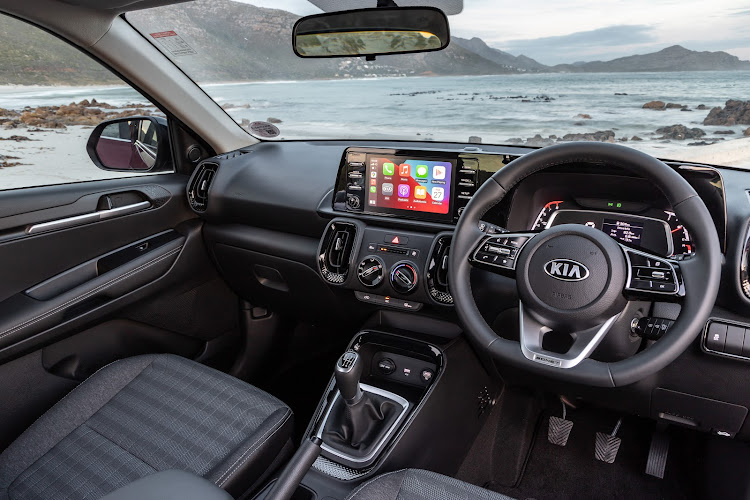 It offers decent cabin space and a good driving position with good visibility, plenty of features in the EX grade.

The cabin too looks and feels like it can comfortably accommodate a nuclear family with ease and bolstered by a fairly cavernous 392l of boot space.

The rest of the cabin is decorated nicely with ribbed cloth seats while a new design digital driver’s information binnacle and a standard across the range 20.3cm touchscreen infotainment system that also beams reversing images guidelines lay on the digitalisation measures.

The new Kia Sonet comes with a five-year/unlimited kilometre factory warranty and a four-year/60,000km service plan.