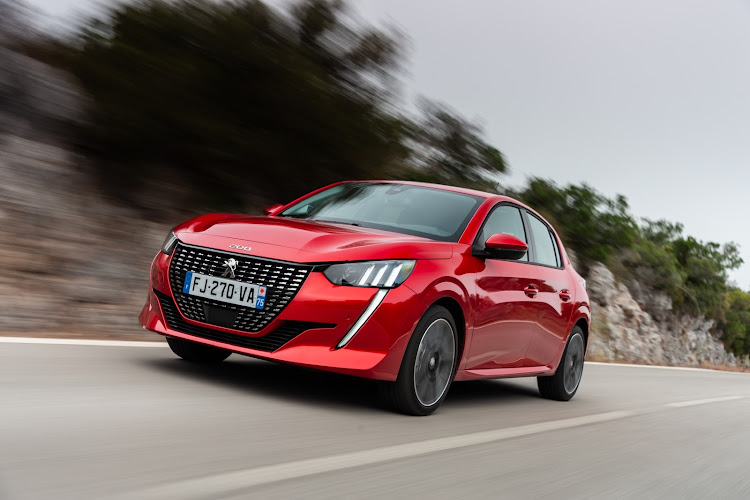 Inspired by its lion badge, the new Peugeot 208 has claw-like headlamps and ‘fangs’. Picture: SUPPLIED

The new second-generation Peugeot 208 has touched down in SA, boasting sassy styling, a high level of features and the title of Europe’s 2020 Car of the Year.

The compact French hatchback takes on cars such as the Volkswagen Polo, Ford Fiesta and Opel Corsa in SA’s competitive B-segment.

It’s available with a three-cylinder 1.2l engine in normally aspirated and turbocharged guises, in four model derivatives priced between R289,900 and R424,900.

The tail lights also adopt a striking triple-claw effect, making the 208 one of the most eye catching cars in its class.

As per modern Peugeot convention the interior has a compact steering wheel that the driver peers over — rather than through — to view the instruments. The digital instrument panel features a floating 3D display, and there’s a large 10-inch touch screen for the infotainment.

The stylish cabin has lots of flair, with the seats and upholstery available in a choice of premium materials with topstitching. The flagship model in addition lays on ambient lighting, aluminium pedals and partial Alcantara upholstery.

Connectivity across the range includes Android Auto and Apple CarPlay, Bluetooth, USB ports, and all models also have voice recognition.

Three levels of three-cylinder power are available to Peugeot 208 buyers, starting with a 1.2l normally aspirated engine with outputs of 55kW and 118Nm. This propels the baseline 208 Active model and is paired with a five-speed manual gearbox. 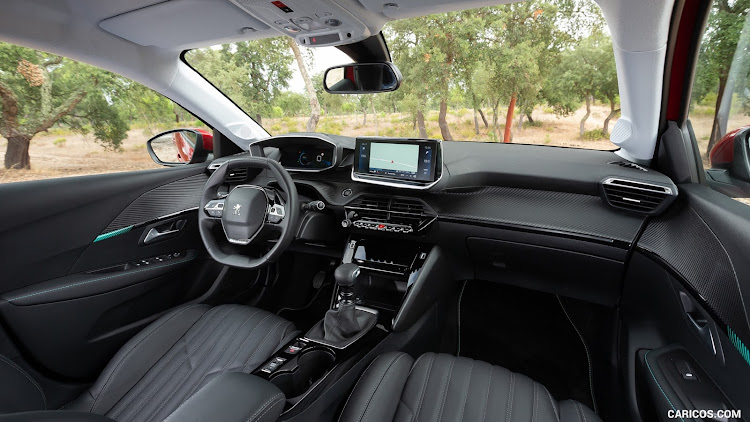 Next up is the 208 Allure six-speed manual with a turbocharged 1.2 boasting a perkier 74kW and 205Nm.

Peugeot 2008 is a fresh French breeze