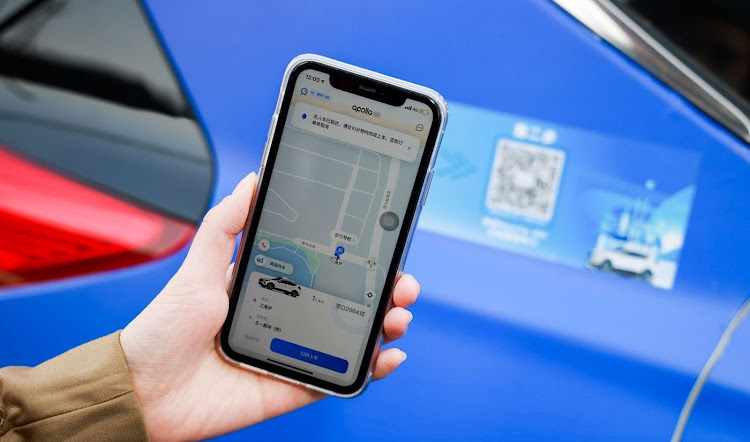 Apollo Go taxis have begun operating at the Winter Olympic venues and these driverless taxis are primed to hit other Chinese cities soon.     Picture: SUPPLIED

The automotive revolution of fully autonomous driving is steadily being realised. A Chinese search engine giant, Baidu, has started offering the first rides to commercial customers in its self-driving taxis.

Known as Apollo Go, the service has been open to the public for free on a trial basis since last October but now riders will have to pay for the service, turning it into a commercial business.

Baidu says it has completed more than 9,656,064 kilometres of testing with more public trials planned in the Yizhuang, Haidian and Shunyi areas of Beijing. The service is currently limited to roads in Beijing's Shougang Park, one of the venues for the 2022 Beijing Winter Olympics. Users get ferried to reach various sport halls, as well as business districts, coffee shops and hotels.

It’s hailed using an app and upon arrival checks are done to identify the rider and ensure he or she is wearing a safety belt before the journey begins. At present, a safety driver still rides in the front passenger seat for monitoring purposes but eventually the safety driver will be removed. The vehicles will still be connected via 5G to a central hub should the need to remotely control the vehicle occur. The going plan is to expand the service to more parts of Beijing and other Chinese cities.

In the US, Waymo, another self-driving taxi service, has already offloaded its safety drivers aboard its commercial service which are offered in parts of Phoenix and Arizona since last December, showing the confidence it has the safety of its driverless transport.

This writer has been inside such a driverless taxi capsule at the 2019 Frankfurt Auto show. It looks pretty straightforward and safe according to my observations.

The vehicle, which is built by Continental tyres, works by driving autonomously on a set route which was cordoned off, and many warning signs are posted along the path to warn pedestrians. A safety officer was stationed inside the pod to marshal things and explain the technology to users while others were stationed along the road to ensure the safety of visitors.

Quite recently the UK government also announced that it will allow for the regulated use of self-driving vehicles at slow speeds (60km/h) on motorways. These will be vehicles fitted with Automated Lane Keeping Systems (Alks), which is a hybrid of adaptive cruise control and lane-keeping assistance, systems that many cars already feature but still require a driver to handle the car after short periods.

Alks allows the driver to delegate the driving to the vehicle under certain circumstances and take their hands off the wheel, unlike current driver assistance systems where the driver must remain in control of the vehicle at all times.

The UK’s transport ministry forecasts by 2035 about 40% of new UK cars could have self-driving capabilities.

But there are foibles as seen with the British insurance companies warning automakers and regulators to spell out the current limitations of the technology available today.

The dangers of drivers apparently misunderstanding the limits of technology has been an issue in the US, where regulators are reviewing about 20 crashes involving Tesla’s misleadingly-named Autopilot driver assistance system.