After a teaser campaign, the Italian marque has revealed details of its limited-edition 812 models 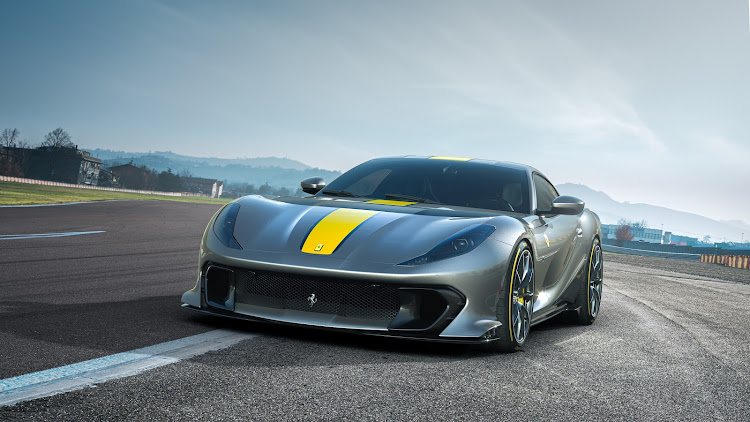 Ferrari has revealed its all-new 812 Superfast special editions, the 812 Competizione and Competizione Aperta, which are the most potent combustion-engined Ferrari road cars to date.

With stripes and dramatic louvres, they are more sportingly focused beasts with extra power and motorsport-derived components.

Both the Competizione and Competizione A wield naturally-aspirated 6.5l, V12 engines from the 812 Superfast, but are upgraded with a number of key technical modifications, some borrowed from Ferrari’s F1 exploits.

These include the optimisation of the intake system, reduction of internal friction, titanium con-rods that are 40% lighter, and a lighter crankshaft.

It has boosted power by 22kW to 610kW, though the 692Nm of torque is down on the Superfast’s 718Nm, but the new engine revs to a higher 9,500rpm. Paired with a seven-speed dual-clutch transmission, maximum speed is 340km/h, the same as the Superfast, while the 0-100km/h time of 2.85sec is a fractional improvement over the 2.9sec of the regular model.

Their maker says the Competiziones thrill more and corner better than their donor cars, thanks to the first-time fitment of independent, four-wheel steering.

Because they corner faster, a better brake cooling was needed to avoid compromising frontal downforce generation, and thus the brake cooling system is redesigned and inspired by the new front “Aero” caliper with an integrated air intake that debuted on the SF90 Stradale. 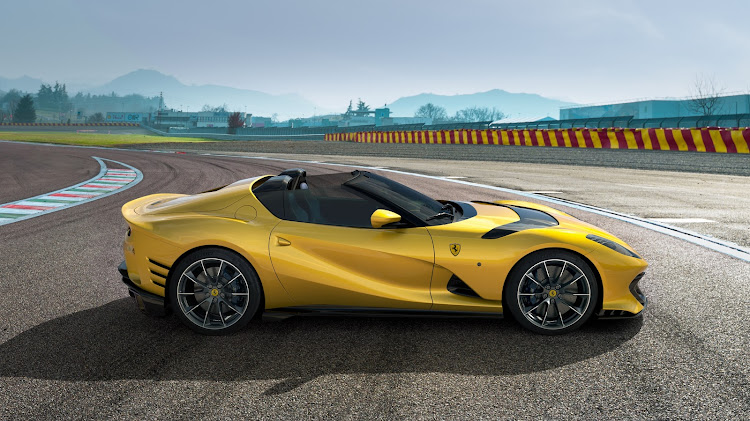 The Competizione A gives an open air concerto experience from a V12 that revs to 9,500 rpm. Picture: SUPPLIED

All the tools for fast driving are there and include side slip control 7.0, an electronic differential, the F1-Trac traction and stability control, magnetorheological suspension control, and brake pressure control.

Their cabins remain largely similar to the Superfast and GTS but have more carbon-fibre trim, lightweight fabrics and reduced soundproofing to ensure soul-stirring reverberation. A gear-gate appears in the centre giving a link between Ferrari’s past and future.

Scuderia SA’s Caroline Venter says the price of the Competizione models will be communicated closer to their local arrival in the fourth quarter of 2022.

Naturally, they will cost more than the R7.4m commanded for the 812 Superfast and the R8.1m for its 812 GTS open-top cousin, and both will come with seven-year maintenance plans.

O Lord, won’t you buy me a neon Rolls-Royce

O Lord, won’t you buy me a neon Rolls-Royce