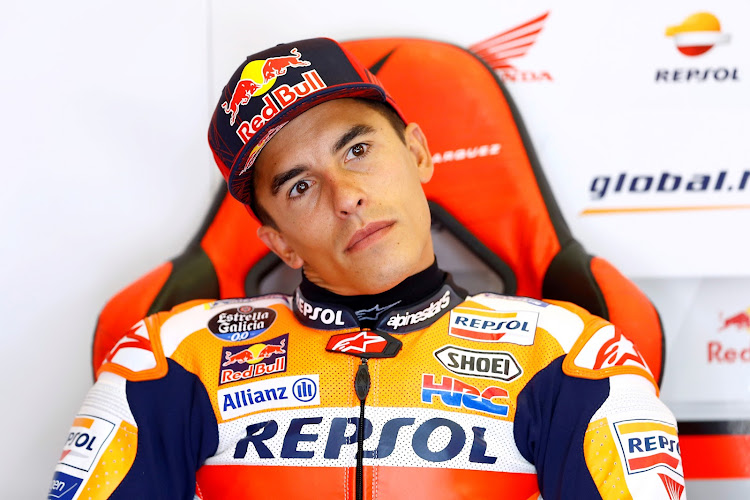 Marc Marquez, who crashed out of his home race last year, but has also won it three times. Picture: REUTERS

Bengaluru — Less than a year after suffering a season-ending crash in the MotoGP opener in Jerez, six-times world champion Marc Marquez is not burdening himself with any expectations as he looks to get back to his best after making his return earlier this month.

Marquez fractured his arm in the 2020 season-opening Spanish Grand Prix in Jerez last July and did not race again all year, even missing the opening two rounds of the 2021 season in Qatar.

The 28-year-old Repsol Honda rider made his return at the Portuguese Grand Prix this month and said he is wary of the Jerez track, even though he has won his home race three times before and finished on the podium four other times.

“I don’t feel like my physical condition is very different [from Portugal], it’s very similar,” Marquez told reporters on Thursday.

“My target is to try to be more stable with my physical condition all weekend in a circuit that I know, at a circuit I have good and bad memories. But better memories than worse, this will be important.

“[I have] no clear target, just ride the bike, more kilometres, try to feel better on the position of the bike. We know better where our limit is now. It’s not the bike, it’s not the tyres — it’s me.”

Yamaha’s Fabio Quartararo leads the riders’ standings with 61 points after wins in Doha and Portugal. The Frenchman won the first two races last season in Jerez with Yamaha’s satellite team.

“I’m feeling pretty excited, first of all because I love this track but also because I’m feeling great on the bike and great with the team,” Quartararo said. “It means nothing that we won both races last year.”