If you need a speedy bakkie with hi-tech features, ask for the new 190kW Amarok V6 TDI 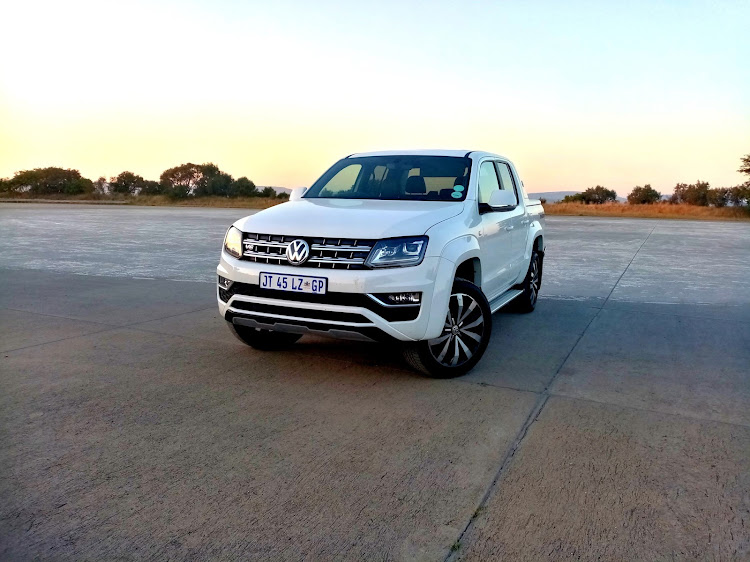 In truth the Volkswagen Amarok range is a toughie that’s equal to the tasks of slogging hard at a farm or in industry. The reality is that the V6 TDI is too posh for a hard slog life. It’s a luxury bakkie buy for the vagaries of family usage, a modicum of lifestyle adventure and mild workhorse duties.

In conceptual terms VW is targeting management types who may need to cart a wood pallet of tools to the job, and which may very well be up a mountain without compromising on comfort amenities found in an executive sedan, and with a dash of the all-important speeds.

It’s a similarly lavish pursuit that Mercedes-Benz had with its ill-fated X-Class but VW has had better sales fortunes with the Amarok.

What you find when you climb up inside the Amarok Extreme V6 TDI is a capacious interior made luxurious by "Special Edition" Nappa leather seats that can also be heated. It’s as connected as regular VW passenger ranges through its large digital touchscreen.

Satellite navigation was fitted in my good-looking test unit, made more special through the fitment of the optional 19-inch Milford alloy wheels and a rear cowling given style by an Extreme logo in the middle.

It’s an effortless steer though its cabin ergonomics aren’t entirely the best due to the sheer size of the thing. But once you’ve slotted in "D" on its automatic selector you don’t need to stretch an arm for much. You can also fit steering wheel gear-change flaps for manual administration of the new power outputs. Parking cameras also ensured you don’t chip away at walls or poles. 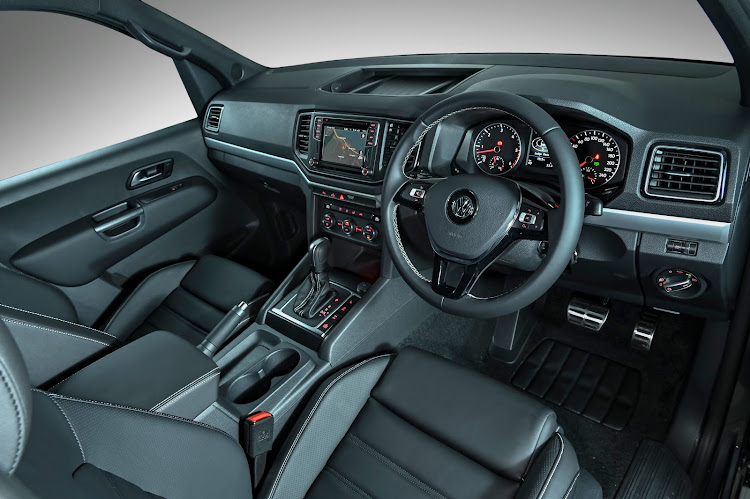 The interior is a large and state-of-the-art cocoon for passengers to stretch out. Picture: SUPPLIED

The acceleration isn’t quite startling considering it gains 25kW and 30Nm extra over the first generation Amarok V6 which had outputs of 165kW and 550Nm. This latest Amarok’s 3.0l V6 now yields 190kW and 580Nm. Bury the throttle and an overboost function amplifies the power to the tune of 200kW for 10 seconds.

VW says 0-100km/h acceleration is 7.6 seconds and it remains relentless towards its 207km/h top speed. Our performance test at Gerotek with a Vbox returned a 0-100km/h figure of 8.1 seconds. That’s just one-tenth quicker than the old 165kW version, but it’s still easily SA’s quickest double cab.

Drive is permanent all-wheel drive via an eight speed auto transmission, and the Amarok doesn’t have a fuel-saving 4x2 mode like some rivals. Even so, fuel consumption averaged a respectable 9.2l/100km during its stay.

It remains SA’s most powerful double-cab bakkie and the extra grunt offers better overtaking urge than before. It also offers arguably better and refined tractability at slow speeds than its ancestor. This and how it whooshes past slower traffic is where it can be said the extra power has been wisely expended.

It’s equipped for mountaineering with off-road gear such as low range, a 239mm ground clearance and all wheel drive, but its low-profile 19-inch wheels limit where it can trundle. Its V6 heart also makes it a tow-master of up to 3,300kg. Alternatively, use its swift acceleration to get giggles by shocking unsuspecting regular car owners when you are feeling naughty.

Still the quickest bakkie in the land

With 44 Ford Ranger models on sale, this one is a well-priced blend of work and leisure
Life
7 months ago