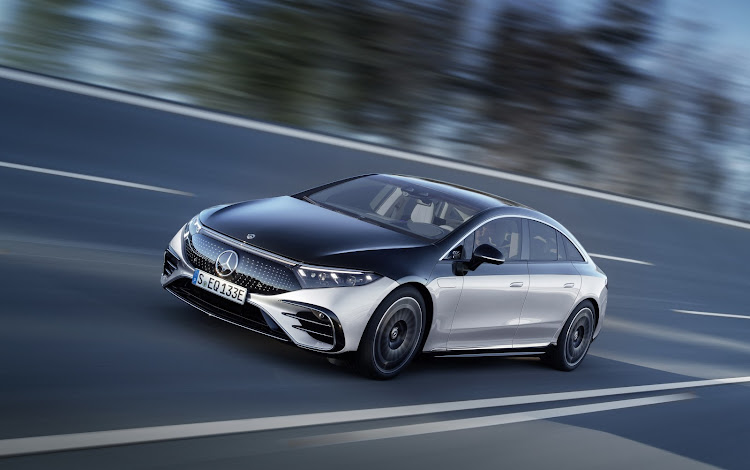 The new EQS is a new electric luxury limo with even better tech than the S-Class. Picture: SUPPLIED

Whereas many brands such as Volvo have vowed to go ahead with full electrification of their ranges, Mercedes-Benz has decided to build a line of Mercedes-EQ branded fully electric vehicles that will co-exist alongside its conventional but hybridised models.

This luxury sedan is the third Mercedes-Benz EQ model and follows the EQC and EQA, which are essentially electric versions of the GLC and GLA SUVs.

With the new EQS the German marque is opening a new chapter by electrifying the S-Class. The new S-Class is barely five months on the market and customers will have a choice between it and the new EQS.

Depending on the size of the battery and the vehicle equipment and configuration, Mercedes-Benz reckons the 5,220mm long car has an estimated 770km driving range on a full charge.

It has the latest MBUX with enhanced features such as face recognition cameras, finger print authentication and the "Hey Mercedes" command that is now able to recognise vehicle occupants by their voices.

All this runs through a 32.5cm central display and a 31.2cm driver display.  The new, fully digital and curved MBUX Hyperscreen that stretches across nearly the entire dashboard is optional.

If you marvel at the festival of lights instead of focusing on the road ahead the EQS uses its face cameras to notice this and automatically dims the area.

Mercedes-Benz says the EQS has 40 new innovations above the S-Class, including artificial intelligence that is able to learn an owner’s habits such who is called often, and at what time, and is able to make pre-emptive suggestions. It also has four automatic doors that can open remotely.

With more than 350 sensors on board the EQS has been prepared for optional fitment of Automated Valet Parking (AVP), which sees the owners able to leave the car to go and park on its own while they head to their meetings or shopping. A command on an app will see the EQS return on its own to a designated area where the owner will leave the venue. This is possible with car parks that are already equipped with AVP support infrastructure which are in Germany for now. 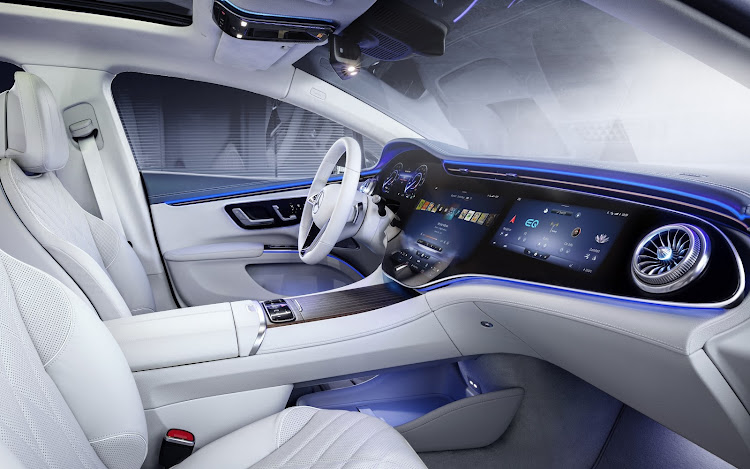 Charging time for both models at a rapid direct current charging station is 31 minutes while an AC wall-box charge takes close on 11 hours. But a 15-minute DC charge at a public station will yield 300km of range.

​Mercedes promises a cushy drive specifically tailored for the electric car. Rear-axle steering is standard for easy manoeuvring around obstacles and for better dynamism at high speed.

More rear-axle steering angle can be ordered or beamed through over-the-air upgrades.

The EQS also gets the thick alphabet soup of driver assistance and safety acronyms associated with high-end Mercs. Where local regulations allow, the car will have Drive Pilot automated driving which takes over in heavy traffic at speeds up to 60km/h.

Mercedes-Benz SA says we should expect EQ models in this country starting 2022. The new EQB that’s loosely based on the GLB compact SUV also made its debut recently.

With lightning fast acceleration and eye-watering prices, these electric bikes usher in a new era
Life
3 weeks ago