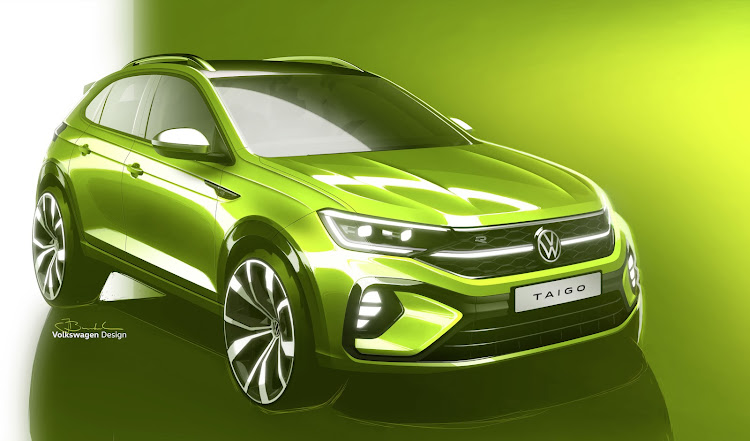 The Taigo adds to a spate of new compact SUVs launched by VW in recent years. Picture: SUPPLIED

Volkswagen fans will soon have yet another small SUV to consider in the form of the new Taigo.

VW has shown teaser sketches of the new model it plans to introduce to Europe late in 2021 and in SA next year.

The new Taigo is a compact coupe-style crossover vehicle which the company says is based on the Volkswagen Nivus, a model it sells in Brazil.

With the growing sales popularity of compact SUVs, VW and other carmakers continue to launch new models into the segment and create ever new niches.

With not much technical information shared, VW says the vehicle will be positioned above the popular T-Cross, though that gap was seemingly already filled by the Golf-based T-Roc that went on sale in SA late in 2020.

“The Taigo is a new addition to Volkswagen’s range of SUVs in the small vehicle segment. It impresses with a dynamic and emotional design, economical TSI engines, LED headlights as standard, a modern operating concept, a fully digital cockpit and a multitude of assist and connectivity systems,” says a VW press release.

The new Taigo will be manufactured in Pamplona, Spain.

With both offering good value for money, brand loyalty and warranties will decide sales winner
Life
10 months ago