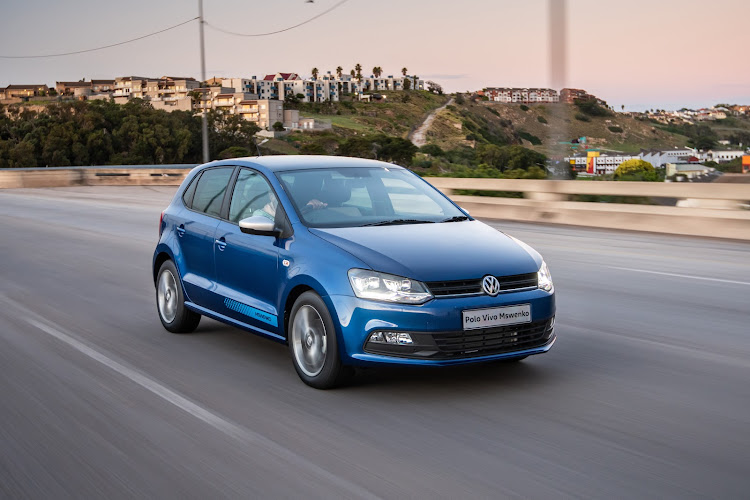 Styling is perked up by side decals, a chrome tip exhaust, 16-inch Portago alloy wheels in Anthracite, and a black roof. Picture: SUPPLIED

The Volkswagen (VW) Polo Vivo is the undisputed king of the budget focused B segment in the marketplace despite the majority of its rivals boasting cleverer tech and trendier, crossover shapes.

VW SA’s forte has always been decent spec, size and being priced right.

This has kept SA buyers positively hooked and rivals, such as the Ford Figo, Kia Rio, Renault Sandero Stepway and many more, are not able to get as much as a sniff of the monthly sales this aged VW accrues. With the new Polo Vivo Mswenko, the brand has come out swinging even harder against the competition.

In a nutshell, the Mswenko, which is a play on the English word “swanky” in Zulu slang, is VW’s way of upping the technology ante and keeping this old war horse fresh to fend off newer, more advanced segment rivals through wrapping it all up in funkier interior and exterior touches.

On the outside this includes side decals, a chrome-tip exhaust, 16-inch Portago alloy wheels in anthracite, a black-painted roof, privacy glass, and mirror covers in two colour variants.

But the cabin fittings are the same basics from 2014 when the model was still fresh-faced; and because most of the Vivo’s customers are a younger, more connected and vibrant bunch, the interior gets blue seats, an anthracite headliner, silver inserts in the dashboard, a leather-clad multi-function steering wheel and gear lever, and standard fitment of VW’s App Connect functionality, and a banging six-speaker sound system.

My tester was packed to the rafters with optional items, such as a reverse camera and cruise control, to demonstrate how posh and user-friendly it can be. But layering on better passenger accommodation atop timeworn underpinnings hasn’t transformed the entire package.

The Vivo is old-hat and this is felt through a number of facets, including its naturally aspirated 1.4l motor with 63kW and 132Nm that’s exclusively mated to a five-speed manual gearbox.

It just doesn’t possess the same fluidity in power delivery as some of its newer rivals and also isn’t as agile. It doesn’t feel it could challenge any of the newbies down a challenging back-road. But it stabs forward with sufficient straight-line driving pace and adequate, rather than excellent, 6.6l/100km fuel consumption. 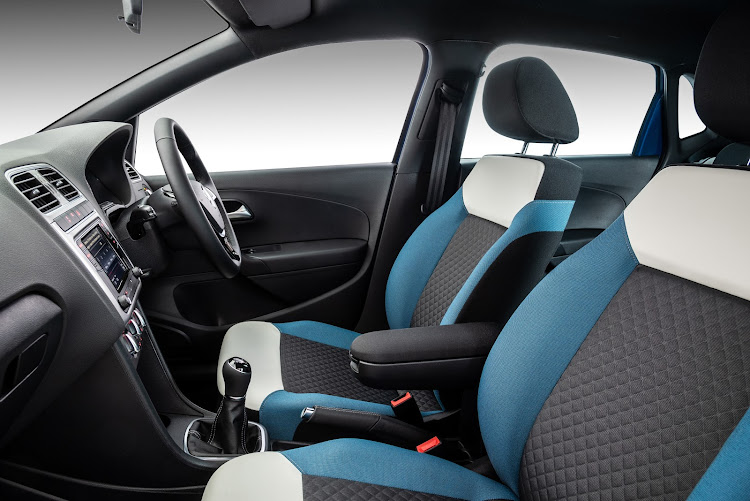 The VW Polo range still has marketable positives among its foibles, the first being that you certainly don’t get many cars of its size for the asking price. The spacious interior is a highlight that still trumps many, especially the minuscule alternatives.

As an example, it’s priced competitively against the Ford Figo while boasting a footprint the size of the more expensive Ford Fiesta, but at what cost? Well, you only get two airbags and no stability control while some of its peers have six airbags, some are fitted with stability control and others with the option of an automatic transmission and diesel power.

But who am I to argue with VW’s till slips? The Vivo remains a peerless sales success in a highly competitive market. Hats off to VW’s recipe that remains formidable even with such competition.

It’s a much needed extension of the Vivo range with its connectivity capabilities that fit right in with its music-streaming, youthful devotees.

Would I buy it? No. There are far too many refined alternatives, some of them more SUV-ish in shape. But if you are prepared to drive a sizeable hatchback that’s a nearly a decade old and which has been spruced up with blue seats and new age infotainment, step this way.

Budget hatch with a touch of swagger