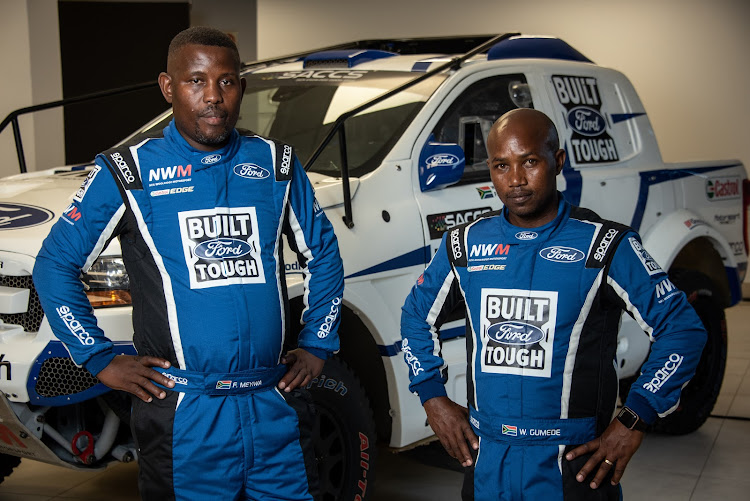 Wiseman Gumede, a workshop delivery driver for NWM, will make his motorsport debut in the driver’s seat of a Class T racing Ford Ranger alongside KwaZulu-Natal regional rally champion navigator Fanifani Meyiwa. They will compete in the 2021 SA Cross Country Series (SACCS) in an identical 5.0l V8 Ranger to the one that scooped the 2018 and 2019 Class T championships.

Ford is providing a R1m sponsorship for the season, with NWM supplying and maintaining the vehicle for the seven-round championship, which starts with the Dullstroom 400 in Mpumalanga on March 26 and 27. It costs R3m to build the Class T Ford Ranger and a further R700,000 to run it for one season.

“The Ford Neil Woolridge Motorsport Development Team addresses the need to empower a broader range of competitors to participate in motorsport at the highest level, while attracting a more diverse range of fans and spectators to the sport,” said Neale Hill, MD of Ford SA, at Tuesday’s announcement.

Adrian Scholtz, CEO of MSA, said: “Promoting diversity in motorsport is not only the right thing to do, but it is also essential to ensuring the long-term sustainability of South African motorsport.”

He said the SACCS exposes motor racing to people in rural areas, and this initiative can help create relatable heroes and inspire youngsters across the racial spectrum to become interested in motorsport.

The vehicle, built at a cost of about R7m, is a major upgrade from the Ranger V8, which won the local Class T titles in 2018 and 2019 and also took several international victories.

NWA will build the FIA-class Ranger for local and international teams in its Pietermaritzburg workshop. The vehicle produces the maximum power output of 300kW allowed by FIA regulations, with a torque figure of about 600Nm. 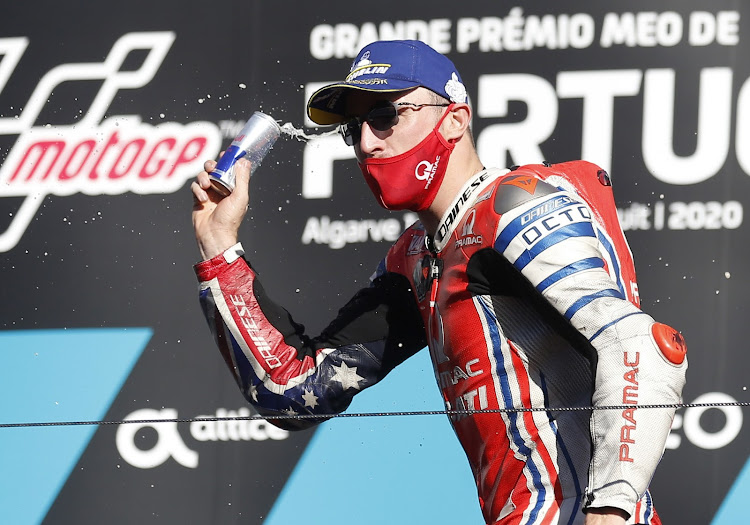 Jack Miller’s 1:53.183 is the fastest ever two-wheel lap set in Qatar. Picture: REUTERS

Miller’s 1:53.183 is the fastest ever two-wheel lap set in Qatar. He was closely followed by a trio of Yamahas that were all within 0.2 secs of his time.

Nine-times world champion Valentino Rossi (Petronas Yamaha), heading into his 26th Grand Prix season, was 11th overall with a time of 1:53.993, which was his best-ever lap at Losail.

It was not a promising outing for SA’s Brad Binder (Red Bull KTM), who was 17th fastest and 1.5 seconds off the pace, just behind teammate Miguel Oliveira.

“It was quite a tricky test for us. It started well but then I had a couple of small crashes and that interfered with our plan quite a bit,” said Binder, who won last year’s Czech race in his MotoGP rookie season.

The first two rounds of the 2021 MotoGP series will take place at the same racetrack in Qatar on March 28 and April 4.

Red Bull’s Max Verstappen set the quickest time in Formula One testing in Bahrain last weekend, but with eight different teams in the top 10 it was difficult to gauge true preseason form. 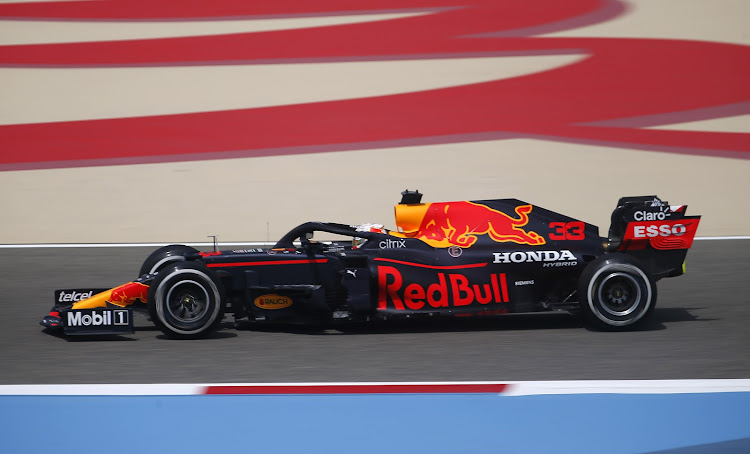 The Dutch driver set a 1:28.960 lap time on Sunday to top the three-day test, with rookie Yuki Tsunoda second in the AlphaTauri less than a tenth of a second behind in a one-two for Honda-powered cars. New Ferrari recruit Carlos Sainz was third fastest, after the Italian team’s worst season in 40 years.

Alfa Romeo, Mercedes, Williams, McLaren and Alpine were the other teams in the top 10, all separated by 1.5 seconds.

Reigning champion Lewis Hamilton, who was fifth fastest, said Red Bull looks like it will be a “different animal” this season with Sergio Perez joining Verstappen.

Verstappen, who won the season-ending 2020 race in Abu Dhabi, said he believes Mercedes were still the favourites. The team have won the past seven drivers’ and constructors’ championships and Hamilton is looking to take a record eighth title in 2021.

Aston Martin were slowest on the time sheets with four-times champion Vettel, who joined from Ferrari, sidelined by mechanical issues that saw him complete a limited number of laps.

The season starts in Bahrain on March 28.

Formula One will have four different engines competing in 2022 — Mercedes, Ferrari, Renault and Red Bull
Sport
11 months ago