‘Queen of the Nurburgring’ Sabine Schmitz dies at 51 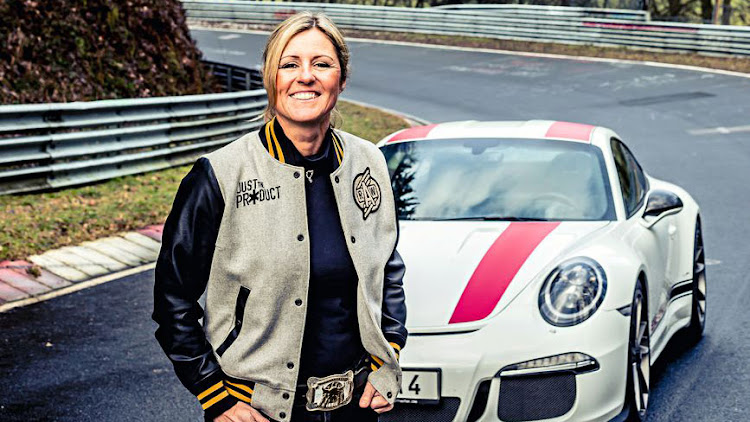 Sabine Schmitz, nicknamed the Queen of the Nürburgring, has succumbed to cancer. Picture: SUPPLIED

Nurburgring — Former racing driver Sabine Schmitz, the “Queen of the Nurburgring” who was also a presenter of the popular BBC Top Gear television programme, has died at the age of 51.

The German circuit announced on Wednesday that it had “lost its most famous female racing driver”.

“Sabine Schmitz passed away far too early after a long illness. We will miss her and her cheerful nature. Rest in peace Sabine,” it said on Twitter.

Also known as “the world's fastest taxi driver” for the passenger rides she gave around the 20.8km Nordschleife — the north loop of the “Green Hell” circuit — Schmitz estimated she had lapped it more than 20,000 times.

In 2004 she drove a Ford diesel van around the track for a Top Gear episode, lapping in just over 10 minutes — only nine seconds slower than fellow presenter Jeremy Clarkson’s best effort in a Jaguar S-type.

“Terrible news about Sabine Schmitz. Such a sunny person and so full of beans,” Clarkson said on Twitter.

Jamie Chadwick feels F1 is further away the closer she gets