At last, the right to repair your car where you like

OEMs finally get on board with the idea, and here’s why you win as a consumer 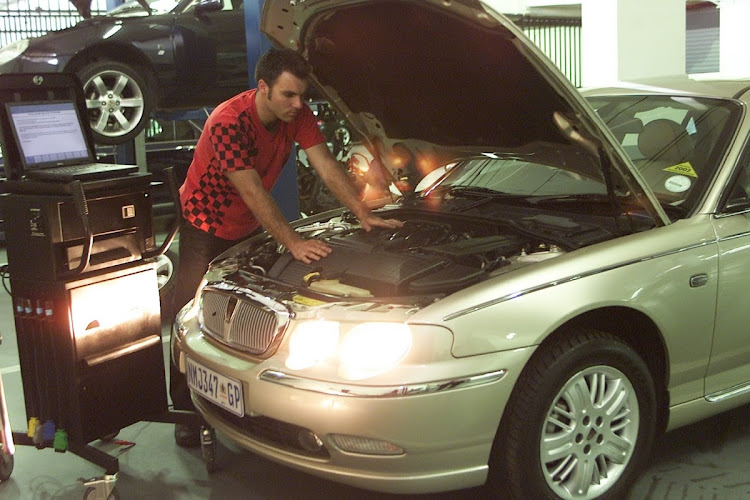 From July, motorists will be able to service their cars at independent workshops without losing their warranties, while service and maintenance plans will no longer be bundled into the price of cars. Picture: SUPPLIED

This week, motor industry umbrella body Naamsa downed its weapons and announced its support for the Guidelines for Competition in the South African Automotive Aftermarket, as published by the Competition Commission.

Original equipment manufacturers (OEMs) have been at war with independent workshops over the so-called right-to-repair issue for a number of years, with OEMs fearing the new rules may threaten the profitability of franchised dealerships, and Right to Repair South Africa (R2RSA) saying consumers should have the right to choose where their cars are serviced.

In 2018 the Competition Commission published a code of conduct calling for improved transparency and competition in the motor repair industry, but when most OEMs didn’t agree to this voluntary code, the commission in 2020 adopted a harder stance by implementing enforceable guidelines to be introduced on July 1 2021.

At the time Naamsa slammed the guidelines as being “retrogressive and counterproductive”, saying the Competition Commission sought to impose a blunt instrument on an industry, which contributes 6.9% to GDP, that has already agreed to self-regulate and reform.

But it seems like everybody’s on the same page now, hopefully with the consumer as the winner.

“We may not entirely agree with the manner in which the Competition Commission has pronounced itself on some of the key substantive issues contained within the guidelines, but the spirit and the letter of what we should collectively work towards, as part of our transformation journey, is something that Naamsa and the industry supports,” Naamsa’s Mikel Mabasa said on Wednesday.

What it means is that in future motorists will be able to service their cars at nonfranchised car workshops without losing their warranties, while service and maintenance plans will no longer be bundled into the price of cars. At the point of sale the price of the vehicle and value-added products must be disclosed to customers separately.

Will the new guidelines realistically make any difference?

Many car buyers may prefer the existing buy-and-forget scenario where the service/maintenance plan is part of the car’s purchase price. Even though it may be more expensive than servicing a car at an independent dealer, it’s all paid up front or spread out over monthly repayments.

There’s a peace-of-mind and convenience factor in staying within the OEM’s ecosystem, sparing the hassle of shopping around for the best parts prices and the lowest mechanic labour rates.

It’s only once vehicles are out of warranty and the service plan has expired, that car owners have an incentive to go off piste and shop around for a better service/repair deal at nonfranchised dealers, as the cost now comes out of their own pockets — and this is what already happens.

The difference now is that with the new rules unbundling maintenance plans and service plans from the price of the car, consumers will be able to forego these service plans altogether, or buy third-party plans which may be cheaper than those offered by OEMs. It will promote competition and likely lead to OEMs lowering the costs of their in-house service plans.

The guidelines will also benefit consumers who require car repairs that may not be covered by a warranty, for instance a clutch that has failed prematurely due to the owner’s driving style. In theory you’ll be able to buy a cheaper clutch at an independent supplier without voiding the car’s warranty.

For a long time OEMs have operated as a closed and protected club, governed by rules that put the trade ahead of the consumer. The new guidelines will make for a more open and transparent system, with more empowered consumers knowing exactly what they’re paying for.

It may lower insurance premiums too, as raising competition may bring more repairers into the industry and lower costs across the board.

While many car buyers may still opt for the convenience factor of in-house service plans, they’re likely to pay less for them in future as OEMs are almost certainly pricing them higher than they could be.

Right to Repair saga grinds on