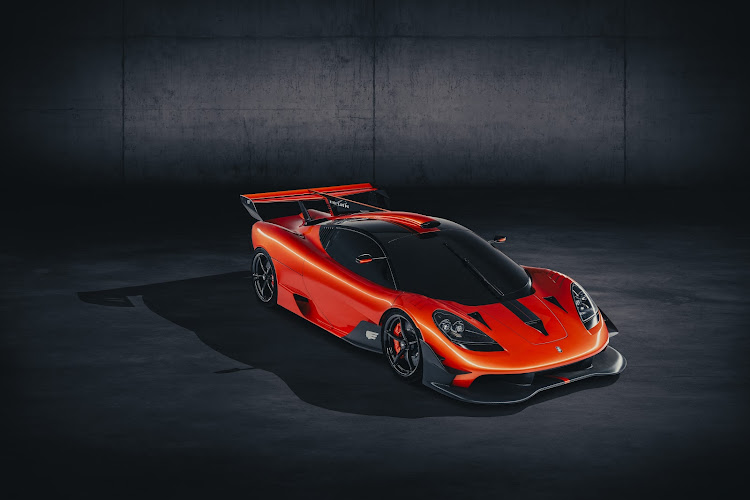 The T.50s Niki Lauda will deliver an on-track driving experience which will be very difficult to beat, say its makers. Picture: SUPPLIED

It is named in honour of late three-time Formula One world champion and Murray’s former Brabham teammate Lauda, who took the only win in Murray’s famous Brabham BT46B “fan car” back in 1978.

SA-born Murray, whose accomplishments include designing the iconic McLaren Formula One road car of the 1990s, says the T.50s Niki Lauda has been engineered without compromise to represent driving in its purest form.

It was developed in parallel with the regular roadgoing T.50 but with hundreds of parts changed to optimise the car for track use.

Like the road version it is powered by a Cosworth naturally aspirated 3.9l V12 engine which revs to a screaming 12,100rpm redline, but with power boosted from 487kW to 540kW and torque from 467Nm to 485Nm with the aid of a ram-air induction system.

At just 852kg the track version is significantly less portly than the regular T.50, which at 986kg was already the lightest roadgoing supercar of the modern era.

In place of the T.50’s six-speed manual gearbox, the track version uses a six-speed paddle-shifted Xtrac auto transmission. In both cars power is sent to the rear wheels via a limited-slip differential, and the use of double wishbone front and rear suspension further underlines the car’s motorsport-inspired credentials.

The real trick is the downforce-generating rear fan inspired by the 1978 Brabham Formula One car, which was banned for having an unfair downforce advantage after comfortably winning its debut race. 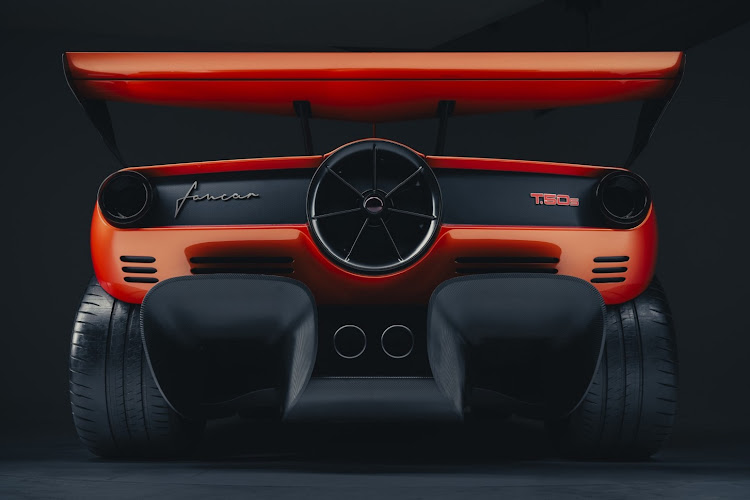 Inspired by the race-winning 1978 Brabham Formula One car, the rear-mounted fan rapidly expels air flowing beneath the car to suck the car to the road. Picture: SUPPLIED

The rear-mounted 400mm fan rapidly expels air flowing beneath the car to suck the car to the road and increase cornering grip. In the T.50s, however, it runs in a single high-downforce configuration instead of the six modes selectable in the roadgoing T.50. Downforce is up to 1,500 kg and Murray said he had it beyond 1,900 kg — which essentially turned the car into a giant vacuum cleaner — but backed it off to make it more manageable to drive.

Like Murray’s McLaren Formula One of the 1990s the T.50 is a three-seater with the driver in a central seating position to simulate the feel of driving a single-seater race car. The T.50s ditches one of the two passenger seats to make room for a fire extinguisher and a switchgear panel.

“The weight of T.50s, combined with the fantastic Cosworth GMA 12,000rpm V12 and the central driving position, will deliver an on-track driving experience which will be very difficult to beat,” says Murray.

The spiritual successor to the iconic McLaren F1 revs to a record-breaking 12,100rpm
Life
1 year ago