Mercedes gets ready to unveil the new C-Class 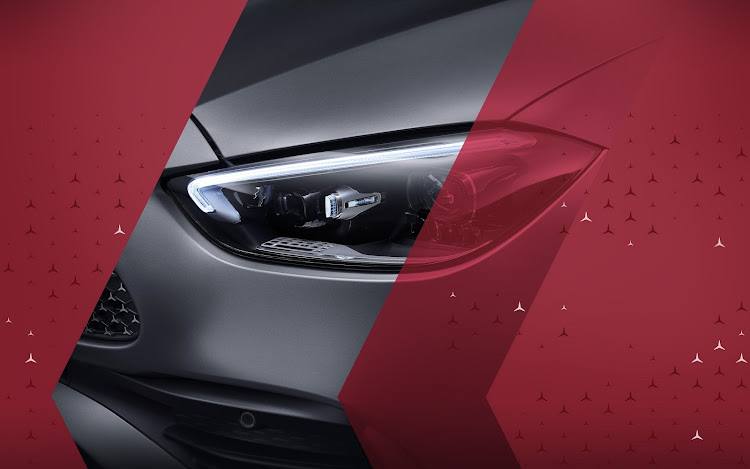 A teaser picture of the new generation Mercedes C-Class to be unveiled on February 23. Picture: SUPPLIED

The all-new, fifth-generation Mercedes-Benz C-Class will have its global unveiling on February 23 with technology and styling inherited from the recently launched S-Class luxury car.

Replacing the W205 C-Class that has been around since 2014, the new W206 is the latest generation of Mercedes’ best-selling model range.

The C-Class sedan will be launched in SA later in 2021, and will again be produced locally by Mercedes-Benz SA following a R10bn investment in the East London plant.

Though full details of the new car will be revealed at next week’s international launch, it’s expected that much of the technology introduced in the latest S-Class — also coming to SA this year has filtered into the smaller sedan.

This includes the second-generation Mercedes-Benz user experience (MBUX) system that makes the passenger compartment more digital and intelligent. Like the S-Class, this is expected to include a display that covers almost the entire centre console, and a digital instrument panel. The car will also get updated driver assistance technologies and semi-automated driving.

Next week’s unveiling will be the first time the C-Class will be seen fully uncovered, but spy pictures of camouflaged cars hint that the car takes design cues from the flagship S-class.

The cars will offer the choice of rear-wheel or all-wheel drive, as before, and all the powertrains will be hybrids. The German carmaker confirms that the C-Class will be the first Mercedes range to be electrified throughout.

It’s rumoured that, when the high-performance AMG C63 joins the range at a later date, it will be the first in a number of new AMG models to swap V8 power for four cylinders. This downsized hybrid C63 will reportedly have a more powerful, electrified version of the turbocharged 2.0l engine that serves duty in the 310kW Mercedes-AMG A45 S.

“With the new C-Class, Mercedes-Benz is setting off into a more efficient and even more digital world, creating an all-round, future-proof comfort zone — a refuge that combines apparent opposites, such as sportiness and comfort with efficiency, emotion, and intelligence, thus defining modern luxury,” according to the Mercedes-Benz press release.

The key to the S-Class has always been seamless luxury, and that’s what the new version delivers
Life
1 year ago

Mercedes-AMG A45 S is fast and fearsomely pricey

Merc’s new charger is SA’s hot-hatch king, and also the first to exceed the R1m mark
Life
1 year ago

It's the end of the road for the Navara-based bakkie, but Mercedes announces a host of upcoming new models
Life
1 year ago
Next Article