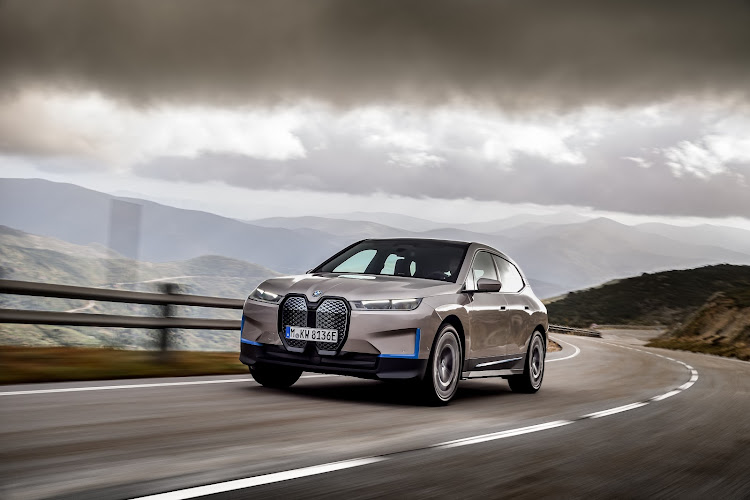 The latest addition to BMW's growing line of all-electric “i” vehicles, the iX is comparable with the current X5 in size.   Picture: SUPPLIED

This is the new BMW iX electric vehicle, essentially the production car that morphed from the BMW Vision iNEXT concept study which was one of three headline reveals at the German marque’s 2019 Frankfurt auto show stand.

The show is where BMW emphasised its “Power of Choice” strategy, with chairperson of the board of management, Oliver Zipse, declaring: “A product can only be purposeful if a customer wants it, desires it and uses it. Hence, we are focusing on what will our customers want in the future? What kind of drivetrains, technologies and services?”

The new iX is a part of this approach, being another all-electric SUV option if you don’t want the electrified BMW iX3 with its smaller footprint or the large X5 with its petrol, diesel and hybrid engine options.

Before tackling other nitty-gritties, what about the looks and that nose? 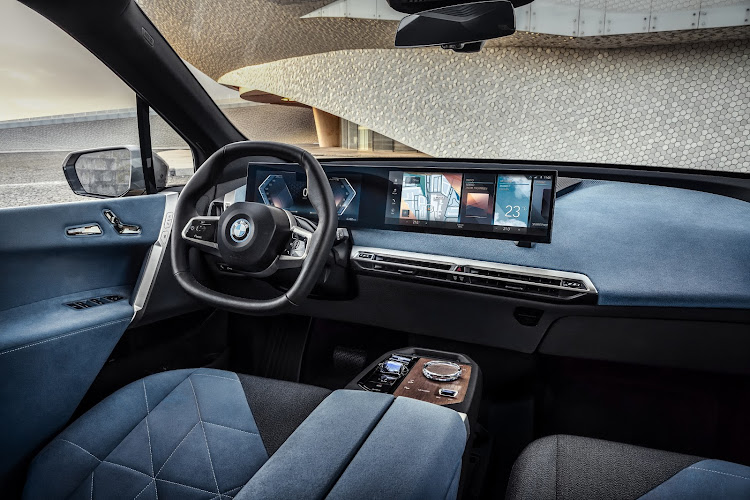 The minimalist interior has digital sophistication and a hexagonal steering wheel. Picture: SUPPLIED

I recently had a chat with BMW design boss Domagoj Dukec, who painted a picture of where the brand was going style-wise.

“The company strategy where sustainable mobility is concerned is that design will need to satisfy technical elements of a range. Take the electric i4 grille for instance.” It’s more digitalised as demanded by particular models and the one on the new M4 as seen needs to fulfil the requirements of its performance potential.”

At the same time the grilles need to express the expectations of their eventual customers and effectively this means grilles will have the same character but with different exaggerations, according to Dukec.

The iX, which is similar to the BMW X5 in length and width, gets a similarly large and expressive grille with sensors, cameras and radar functions integrated seamlessly into the grille. Other exterior highlights include BMW’s slimmest headlight units, flush-fitted door openers, frameless side windows,

BMW says the car has a new interior minimalism for BMW SUVs that’s much as in the smaller i3. The iX has an open and airy feel that’s created by a lack of a centre console and heightened digitalisation means features are bundled into a touch-operated curved display screen or summoned through voice commands.

It seats five passengers in a cabin packed and stitched with the expected BMW quality textures and has newly developed seats with integrated head restraints, a hexagonally shaped steering wheel, panoramic glass roof, Head-Up Display and much more. 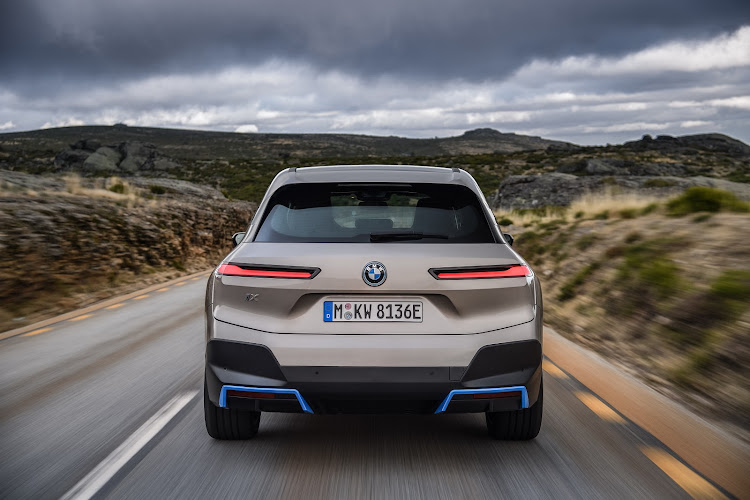 The iX features slim lights front and back, and a boot to carry luggage for a family of five. Picture: SUPPLIED

The kryptonite of electric cars is weight. Mass diminishes driving range, and also gives them the handling aplomb of a hippopotamus. BMW crafts out the iX from a mix that includes an aluminium space frame and a carbon cage to give it high torsional stiffness and that all-important lightness and BMW dynamism.

The eDrive consists of two electric motors and a high-voltage battery to achieve 600km of driving range before needing a charge. Plugged into a DC fast charger BMW says it takes 10 minutes to juice it with enough charge for 120km while 10% to 80% of its full capacity is obtained in under 40 minutes. It takes about 11 hours to charge from a home or office wallbox.

BMWi SA product specialist Hailey Philander says they expect the iX to land in SA in 2022.