From a van to a street-legal Le Mans car, we take a peek into Porsche’s secret design archives 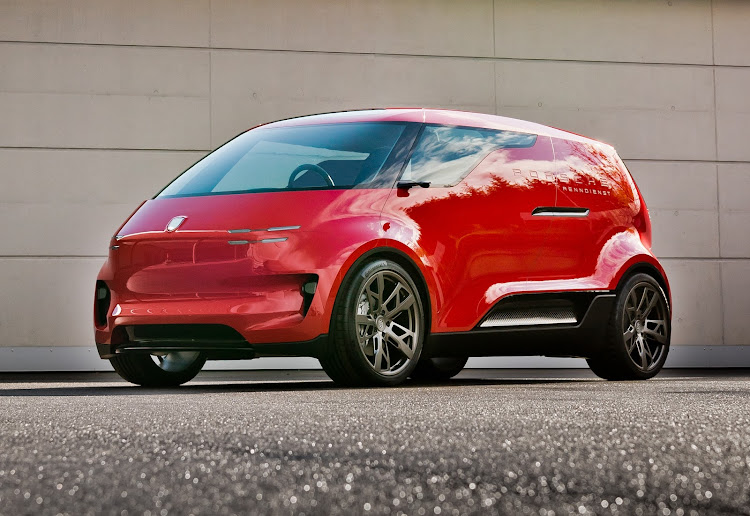 From a van to a street-legal Le Mans car, Porsche has, over the years, created some intriguing concept cars that never made it into production.

Now the German sports car firm has provided a rare peek at some of its one-off studies — some of them previously unseen — and revealed the secret archives of its Design Studio in Weissach, Germany.

While many might think of Porsche as a company that mostly churns out a succession of evolutionary designs, most notably the iconic 911, there’s a lot of off-the-wall creativity taking place among the more than 120 designers who work in Weissach under the direction of Chief Designer Michael Mauer.

Porsche has lifted the veil on a number of concept cars that have been produced in almost two decades under his direction. Some of them remained merely drawings, others never made it past the three-dimensional scale model stage, while some were prototypes that could be driven.

Why didn’t any of them make it into Porsche showrooms? Not every good idea has to go into series production to take the brand a step forward, says Mauer. For him and his team, it is about ensuring a creative space for their experimental work and establishing a relationship with the future.

“These cars were intended to inspire, provide direction, change the way of seeing things and serve as a visualisation aid for decision-making processes. You first have to think the future before it can be created,” says Mauer, who joined Porsche as design boss in 2004.

With that, let’s take a peek behind the curtain at some of the Porsches that, for now at least, remain a twinkle in a designer’s eye:

There’s no word from the firm on whether it’s a serious idea, but in 2018 Mauer and his team conjured up this concept of a family-friendly six-seater with a futuristic “space shuttle” design.

Under the flat-fronted body and flared wheel arches is an electrically-powered van with a central seat for the driver. The single seat plays a dual role: a sporty experience for the driver and a clear view to the front for the rear passengers.

The boundaries between racetrack and road are sometimes fairly blurred at Porsche, none more so than in the Vision 920. It was conceived as a super sports car for the road based on the 919 racer that won three consecutive Le Mans 24 Hour victories between 2015 and 2017. 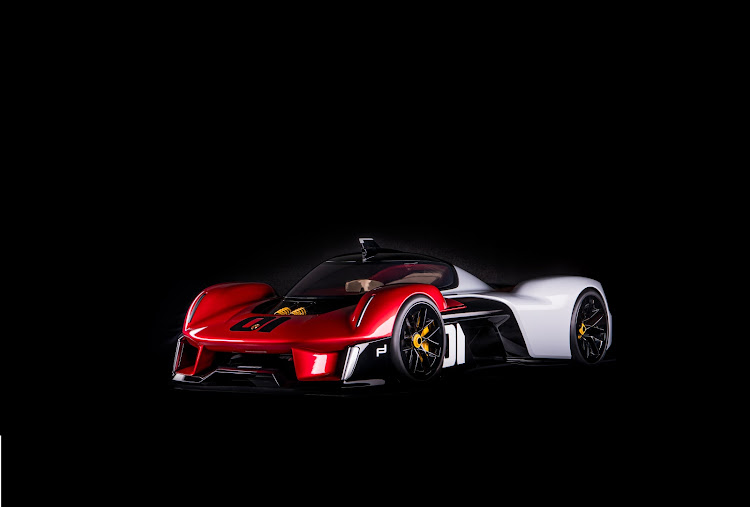 Even after Porsche left LMP1 racing, Mauer’s design team remained fascinated by the legend of Le Mans — which Porsche has won overall a record 19 times — and experimented with variations for customer sport and road use. Like in the 919 race car, the driver sits in a central cockpit with deep air ducts running through the 920’s body.

This design study is a nod to one of the most famous Porsches in history: James Dean’s silver 550 Spyder. It has the same spartan cockpit, flat radiator grilles over a mid-mounted engine, and low windscreen as the Hollywood icon’s car. 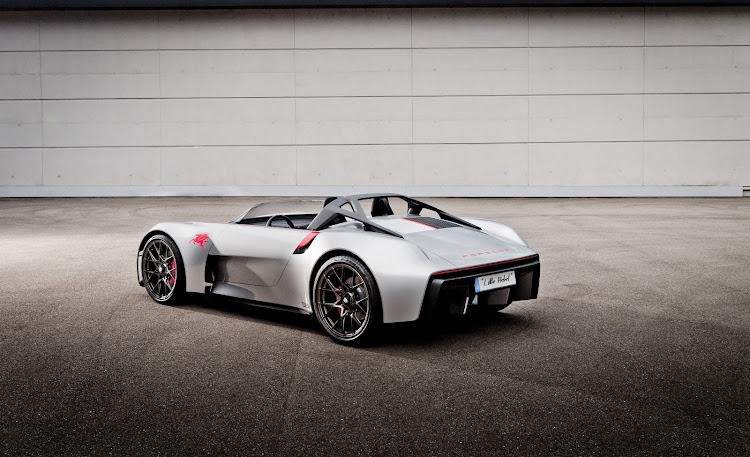 The study also serves as the basis for developing the design identity of combustion-engined Porsches.

How minimalist can a Porsche be? An intern from the design team answered the question with this compact concept car inspired by the Porsche 916 which was made as a prototype in the early 1970s but never went into production. 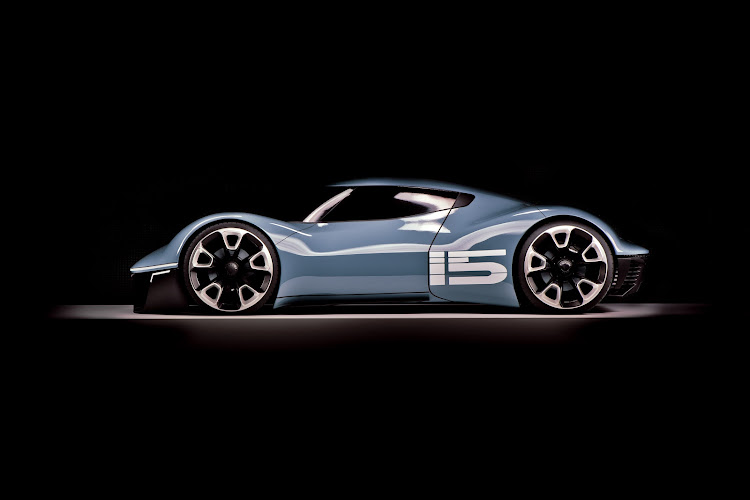 The Vision 916 was conceived as a lightweight, battery-powered car with an electric motor at each wheel — a tribute to the first all-wheel drive Lohner-Porsche race car that was developed by company founder Ferdinand Porsche way back in 1900.

Most owners of Porsche’s best-selling vehicle are unlikely to do any hardcore bundu bashing in it, but the design team created this one-off to show that under the Macan SUV’s elegant lines is a proper off-roader that is just waiting to be unleashed in the dust and mud. 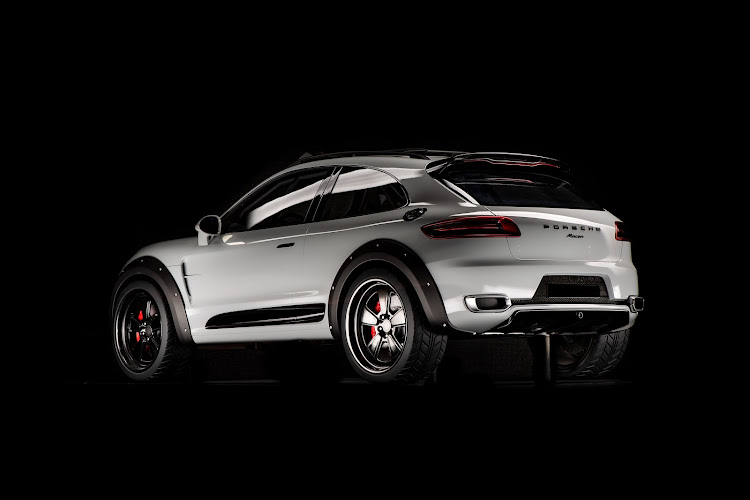 Inspired by the brand’s off-road icons — the Porsche 911 Safari and the 959 Paris-Dakar — the Macan Vision Safari has a raised ground clearance and is equipped with chunky tyres and bolt-on flared wheel arches.

Porsche is said to be working on a successor to the 918 Spyder hybrid supercar, which was the fastest and most powerful road-legal Porsche to date. Produced from 2013 to 2015, the petrol-electric hybrid produced 652kW of power and had a top speed of 345km/h. 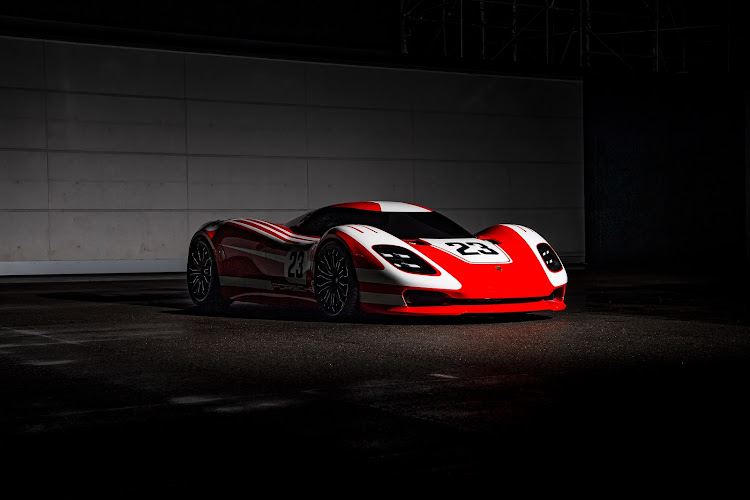 Its successor is only expected in about 2025 and Porsche hasn’t revealed much, but there’s speculation that its styling inspiration may come from the 917 Living Legend concept which was revealed as a homage to the Le Mans-winning Porsche 917 of the early 1970s.

Cayenne GTS is an SUV with a sporting vibe