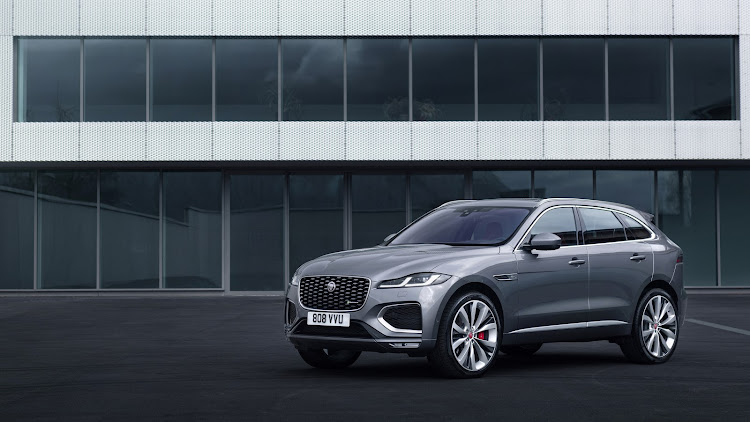 Jaguar has given its F-Pace a major upgrade with revamped styling, an all-new interior and advanced connectivity.

A new plug-in hybrid model has also been introduced, and the updated range is due to arrive in SA early next year with pricing to be announced closer to the time.

Customers can choose from S, SE R-Dynamic and HSE R-Dynamic trim levels. The sporty R-Dynamic trim offers a more performance-focused look, while all versions are available with an optional Black Exterior Pack.

A revamped interior with heightened luxury and enhanced connectivity has greater focus on the driver. It’s been modernised with a wireless smartphone charger, and a larger high-definition touchscreen which controls the new Pivi Pro infotainment system.

A digital driver display has a configurable layout which can show full-screen navigation mapping. Two phones can be connected simultaneously via Bluetooth, and Apple CarPlay and Android Auto functions come standard. 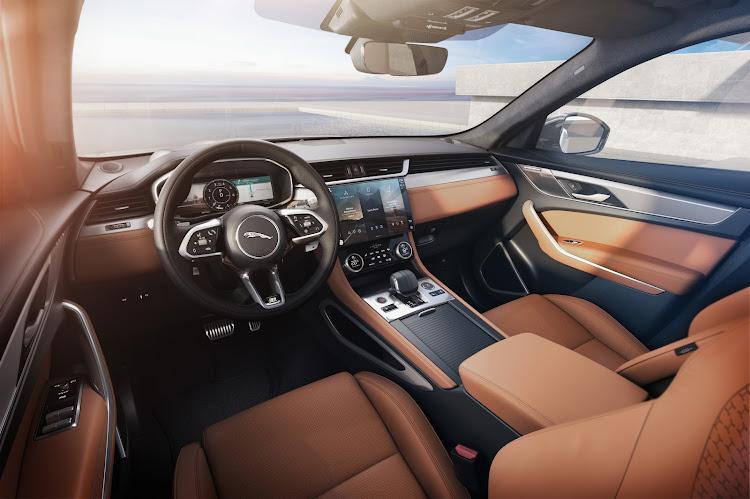 Enhanced tranquility in the cabin is assured by Active Road Noise Cancellation which monitors vibrations from the road surface and engine. Picture: SUPPLIED

All these functions can be updated via Software-Over-The-Air capability so that owners don’t have to visit their dealer.

The digitised luxury is finished in open-pore wood veneers or aluminium, and detailed touches include a new drive selector which has an upper section finished with "cricket ball" stitching.

Enhanced tranquillity in the cabin is assured by Active Road Noise Cancellation which monitors vibrations from the road surface and engine, and generates an opposite phase sound wave to remove the noise heard inside the car.

The range is powered by a line-up of four- and six-cylinder engines, putting the power down via intelligent all-wheel drive and eight-speed auto transmissions.

A new 2.0l four-cylinder plug-in hybrid electric vehicle (PHEV) model produces a combined 297kW and 640Nm from its petrol engine and electric motor. It has a claimed 0-100km/h sprint of 5.3 seconds and is capable of up to 53km of all-electric driving.

Drivers have Comfort, Eco, Rain-Ice-Snow and Dynamic modes to select from, which adapt the steering, transmission and throttle settings.

Auto Vehicle Hold keeps the brakes engaged for an unlimited period of time when stationary on a gradient, gently releasing the brakes only when the driver depresses the accelerator to drive away.

A second-generation wearable Activity Key worn on the wrist can be used to lock, unlock and start the vehicle without the need for a key fob to be inside the vehicle. It incorporates a watch and has a battery life of seven days between charges.

The new F-Pace adopts latest driver assistance technology including Adaptive Cruise Control, and a Clear Exit Monitor which alerts occupants to an approaching car or cyclist when exiting the vehicle.

A 3D Surround Camera displays the outside view onto the infotainment screen, helping to avoid obstacles when parking or driving off road.

F-Pace SVR is a speedy, noisy and graceful cat

Jaguar’s off-road dragster can kick up a storm, then go quietly
Life
2 years ago

Black detailing adds a sporting attitude that may polarise opinion, though
Life
1 year ago
Next Article