Sián Roadster is Lamborghini’s most powerful car yet 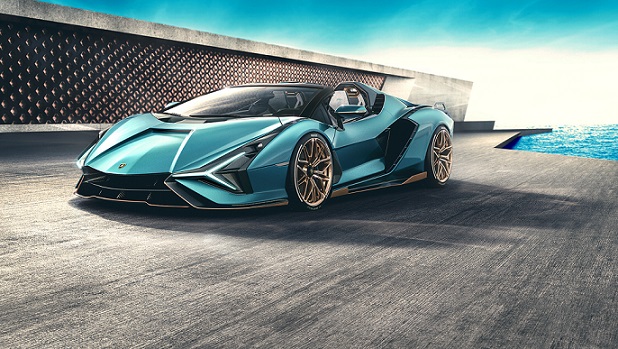 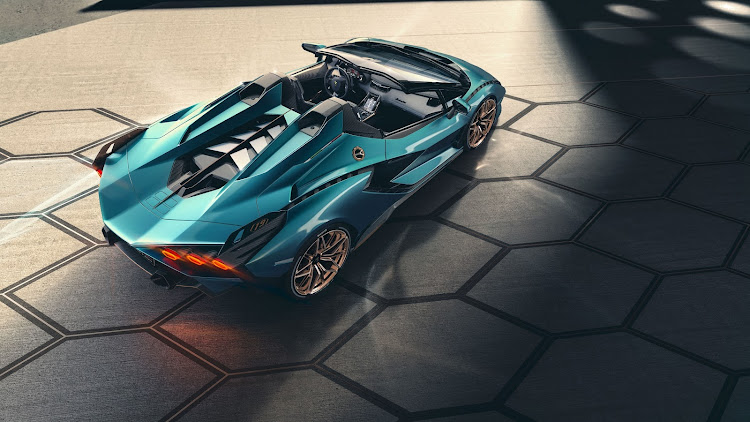 The Sián was unveiled in September 2019 as Lamborghini’s first hybrid production car, and now it’s been joined by a drop-top version with 350km/h of hair-ruffling pace.

Like the hardtop coupé model, the limited-edition Roadster pairs a 577kW petrol V12 engine with a 48V electric motor that supplies an additional 25kW for a total output of 602kW, and the pace is suitably electrifying: the mid-engined two-seater is claimed to blitz the 0-100km/h sprint in under 2.9 seconds.

The electric motor not only provides improved performance with more immediate response, but gives the car the ability to carry out low-speed manoeuvres such as reversing and parking with electric power.

Storing the electric power is a supercapacitor that’s three times more powerful than a lithium-ion battery of the same weight and three times lighter. It also has a brake regeneration system.

With the roof down the vocal charm of the high-revving V12 engine, which hits its peak power at a dizzy 8,500rpm, is more apparent.

The car is painted a special “Blu Uranus” blue and the wheels are ”Oro Electrum”, a colour chosen by Lamborghini to signify electrification.

“It is the expression of breathtaking design and extraordinary performance, but most importantly embodies important future technologies. The Sián’s innovative hybrid powertrain heralds the direction for Lamborghini super sports cars.”

The Sián Roadster is being produced in a limited series of 19 units, all already sold.

How to get the new Lamborghini Spyder into your driveway

The Huracán gets more playful

We drive Lamborghini’s Evo junior supercar, which is updated with computer-controlled wizardry
Life
1 year ago

Next 7 Series will have electric power

Next 7 Series will have electric power