After being off the pace in season-opener, red team hope to have new parts this weekend 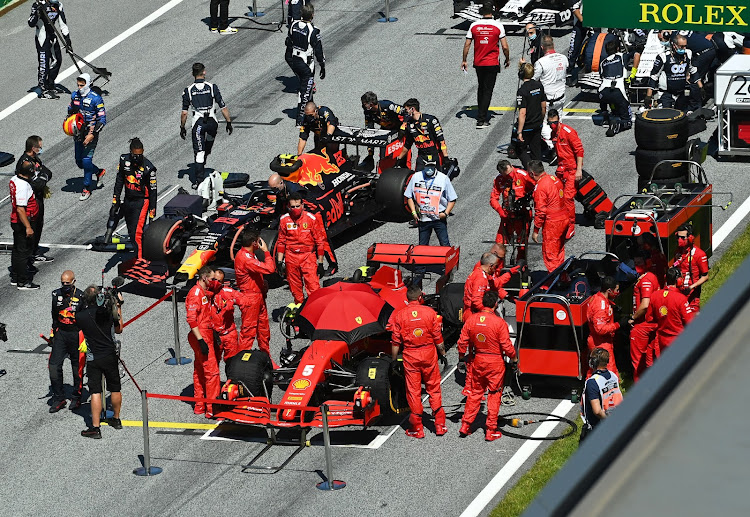 Ferrari is rushing to upgrade its car after being outpaced in last weekend’s season opener. Picture: REUTERS

Ferrari are planning to speed up the introduction of upgrades to their under-performing Formula One car after a difficult season-opening race in Austria last Sunday.

The Italian team had aimed to bring new parts to the July 19 Hungarian Grand Prix but said on Monday they hoped to have some for this weekend's Styrian Grand Prix at the same Austrian circuit.

"The SF1000 (car) didn’t measure up, even compared to expectations ahead of the event," Ferrari said on their website. "Because of this, development has already been going on at full pace for some time.

"This is in the hope of bringing forward to next weekend the introduction of the aerodynamic package scheduled for the Hungarian Grand Prix — or, at least, some of its components."

Ferrari said having two back-to-back races at the same circuit allowed the upgrades to be checked more accurately.

Despite Charles Leclerc finishing second in Austria, the Monegasque was also lucky in a race with only 11 finishers and three safety car periods.

Team mate and four-times world champion Sebastian Vettel managed only 10th, scoring a single point, after qualifying 11th and then tangling with McLaren's Carlos Sainz in the race.

"We know there’s lots of work to do. This is certainly not the grid position that a team like Ferrari should have and we have to respond immediately. It’s clear that we have to improve on all fronts," said Ferrari CEO Louis Camilleri.

Finland's Valtteri Bottas won a dramatic Austrian season-opener for champions Mercedes in a race with no spectators. The race, on a sunny afternoon at the scenic Red Bull Ring was behind closed doors — a Formula One first - due to the Covid-19 pandemic that had put the season on hold since March.

The Briton was handed a five-second penalty for causing a collision with Red Bull's Alex Albon while fighting for second place. The Thai spun off into the gravel, his podium hopes gone.

The drivers gathered on the grid before the start in a show of unity against racism, with Hamilton and 13 others taking a knee in solidarity.