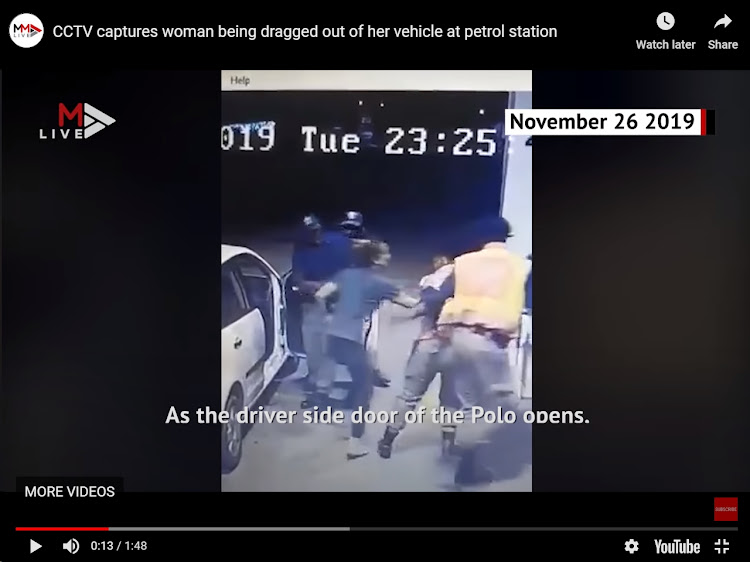 Seven months after a video went viral of a woman being manhandled by Tshwane Metro officers, no action has yet been taken against the officers and there is no clarity on how motorists should behave when they suspect they are being targeted by blue light gangs.

In December, the Tshwane Metro Police Department (TMPD) said an investigation into a controversial video showing a woman being dragged by officers from a car at a petrol station in Centurion was at an “advanced stage”.

But TMPD spokesperson Isaac Mahamba told Motor News on Tuesday that the investigation was still under way and couldn’t say when it would be concluded.

The woman reportedly failed to stop for the police while driving in a poorly-lit area, and instead drove to a petrol station in Centurion as advised by the “Blue Light Protocol”.

In the three-minute CCTV video dated November 26, the woman is pulled out of her white Volkswagen Polo by TMPD officers, and when she tries to resist there is a struggle and she is brought to the ground before being handcuffed and loaded into the minibus.

The incident shocked South Africans and brought into question the Blue Light Protocol, a procedure that motorists could follow when pulled over by traffic police, that enables them to move from an area they feel to be unsafe.

The procedure was developed by Justice Project SA (JPSA) and the Road Traffic Management Corporation in 2013 to combat the prevalence of criminals using blue lights to pose as law enforcement authorities.

However, after the Centurion incident, JPSA withdrew its endorsement of the protocol, saying that it appears to be helping traffic police abuse motorists instead of helping them get to safety as originally planned.

He said police had failed to tackle the blue light gang problem.

“Numerous police and traffic officers are wholly insensitive to this issue and incorrectly believe that they are empowered by the law to abuse members of the public who try to protect themselves from violent crime.”

Last month, Home Affairs Deputy Minister Njabulo Nzuza was hijacked by gunmen in a VW Golf flashing blue lights. He was robbed of his Range Rover, two cellphones and his wallet, but escaped unharmed.

Purchasing a vehicle on auction can land you a good bargain, but look out for the pitfalls
Life
1 year ago

SA’s best selling vehicle gets more muscle, both visually and under the bonnet
Life
1 year ago

'Not all human mistakes can be eliminated by camera, radar and other sensor-based technology'
Life
1 year ago

Search results for used cars are up 50% and indicate a pent-up demand, says AutoTrader
Life
1 year ago
Next Article