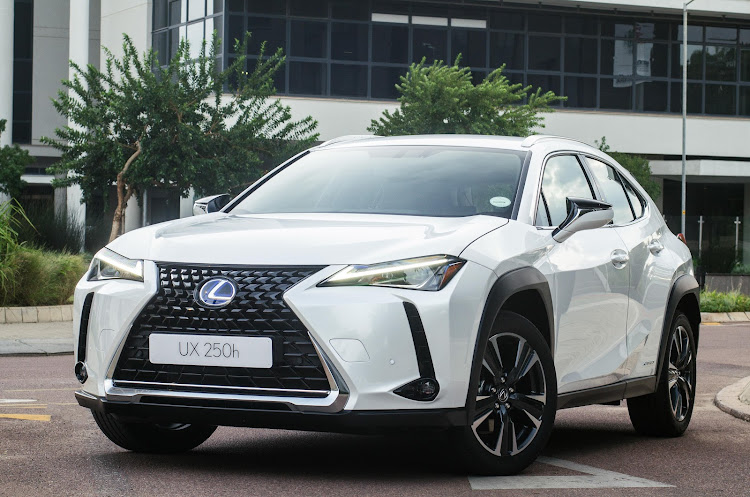 The new Lexus UX250h EX is the second hybrid model in the crossover range.
Image: Supplied

The gears of the economy have slowly started turning to somewhat of normalcy with car sales allowed to resume.

Wasting no time in getting the ball rolling, Lexus SA has announced a new model in its UX range. The UX is the brand’s city romper and is the smallest vehicle in the premium Japanese brand’s SUV portfolio that includes the NX, RX and LX models.

Boasting the same powertrain as the SE version, the 250h EX blends a naturally-aspirated four cylinder 2.0l petrol motor with electrification for a total system output of 135kW and 180Nm. This translates to a claimed sprint to 100km/h in 8.5 seconds and 177km/h.

But hybrid drivers are more concerned with frugality than performance. The 250h EX fuel economy figures are claimed to be 4.5l/100km on a combined cycle with CO2 emissions of 103g/km.

From a spec point of view you can expect this model to have shed a few ultra-luxuries like a bird’s-eye view camera, but it retains a generous hit list of luxury. 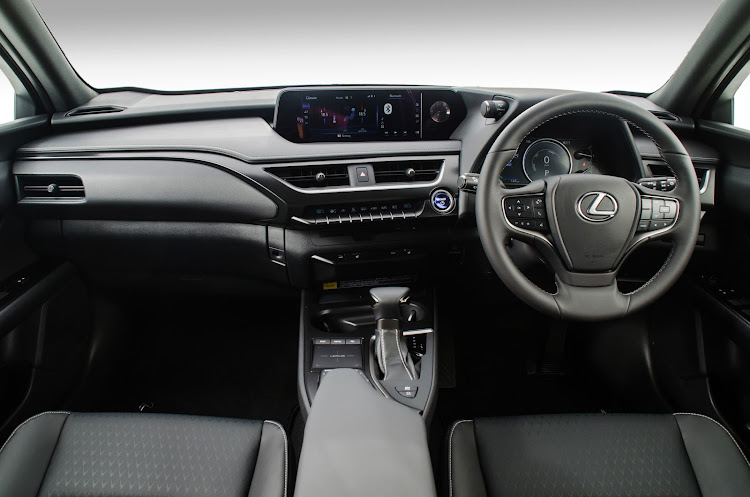 The interior of the new EX grade is tastefully premium with only a minor loss of luxury specification.
Image: Supplied

You can also choose one of five standard Nulux leather interior styles. These are black, white ash, rich cream, B Ocher or Cobalt while the exterior features standard fitment of silver metallic 18-inch alloys, LED daytime running lights and an 11-strong exterior paint line up.

As more electric vehicles take to the streets, Jaguar gives hints about charging them in a mannerly way
Life
11 months ago
Next Article

Paris turns over more streets to bikes as lockdown lifts

Paris turns over more streets to bikes as lockdown lifts