120 years of the steering wheel

From a simple tiller to a hi-tech command centre, Mercedes-Benz takes us on the journey of the steering wheel since the 1800s 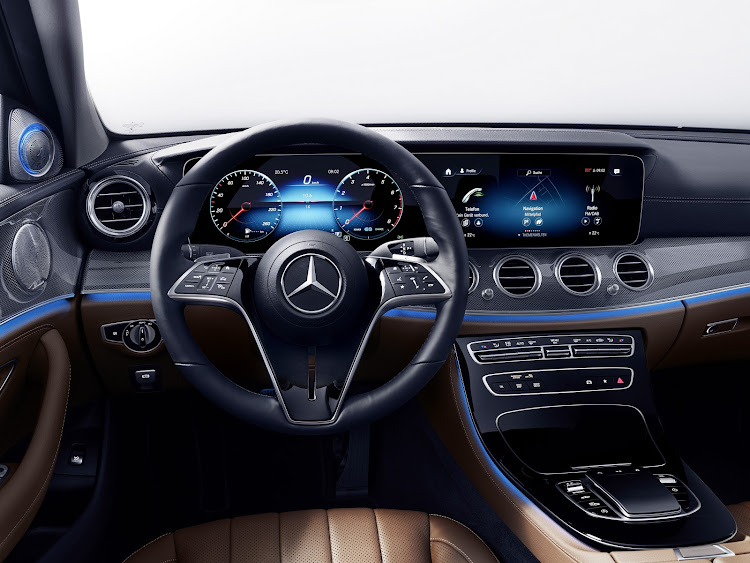 The latest steering wheels are part of high-tech command centres and can turn on their own. Picture: SUPPLIED

What started as a humble tiller that enabled a driver to steer their horseless carriage in the 19th century, has developed into a hi-tech command centre.

The latest steering wheels are not only covered with buttons that control various car functions, but some are able to steer themselves as cars progress towards self-driving capability, and have sensors that detect whether a driver’s hands are gripping it.

Mercedes-Benz, as the inventor of the car, has provided a brief history of the steering wheel in its vehicles.

The first steering wheel debuted in 1894 at the world’s first car race and it was the creation of a French engineer, Alfred Vacheron. For the world’s first motorised vehicle race, which ran from Paris to Rouen in July 1894, he’d installed a steering wheel instead of the usual steering tillers of that era. Despite the novel idea which gave him better control of his race car Vacheron only managed to come 11th in the race, but the steering wheel was here to stay.

By 1900, Daimler had equipped its Phoenix racing car with a steering wheel but now innovated with a tilted steering column which made it much easier to operate.

In 1902 Mercedes introduced additional levers on the steering wheel which were used to regulate engine functions such as ignition timing and air/fuel mixture.

By the middle of the century many adaptations and refinements to the wheel had taken place but in 1949, the car gained a horn ring that used 20cm indicator arm that swung sideways out of the body and indicated the direction of travel. These were later replaced by orange-yellow flashing lights which were activated by turning the ring via a central control unit.

It was the 1950s that the steering wheel became even more of a central interface between car and driver while new comfort and safety functions were introduced. In 1951, Mercedes-Benz introduced a feature that the company reintroduced back in 2005 and is common today in Mercedes products — which is the gear selector on the steering column. 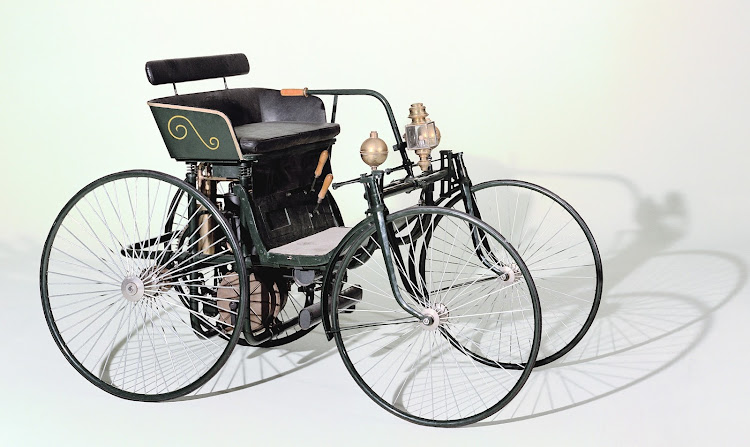 Levers were used to thread cars into spaces and places in the 1800s. Appreciate the steering wheel. Picture: SUPPLIED

This was to accommodate the three-passenger front benches of the time. This steering wheel based selector prevailed until the 1970s when vehicles began accommodating only two front passengers, thus freeing up space between driver and passenger and where most transmissions eventually took residence.

Another steering wheel function was added in 1955 with a lever for the headlamp flasher while in 1958 Mercedes-Benz introduced power steering in the 300 saloon.

By 1967 Mercedes-Benz had introduced a patented safety steering system with a telescopic steering column and impact absorber.

The year 1981 was a momentous one as the first driver airbag was inserted inside the steering wheel of the 126 series Mercedes-Benz S-Class. It was in 1992 that the airbag became standard fitment in all Mercedes-Benz cars.

The multifunction steering which has become a must-have in modern cars was introduced by Mercedes-Benz in 1998. Together with the COMAND (Cockpit Management and Data) system with its multitude of buttons enabled even more control of added advances like navigation, digital infotainment systems, in-car telephony and more that could be controlled through the steering wheel.

In 2008 that the SL roadster introduced an added facet to the thumb-operated gear lever. Drivers could now make gear changes with steering wheel gearshift paddles. In the “middle ages” of car design, the steering wheel was a bare and thin-rimmed contraption. Interestingly, the gearshifter on the steering column has come back into fashion at Mercedes-Benz. Picture: SUPPLIED

The next turning point for Mercedes-Benz steering wheels came in 2016 with the E-Class becoming the first car in the world to feature Touch Control buttons on the steering wheel. You could control its features by swiping a finger along a touch-sensitive button in four directions without taking your hands off the steering wheel. It operates much like the surface of a Blackberry smartphone and the tech is becoming a mainstay in modern products of the brand.

Now in 2020 the new generation of steering wheels has capacitive hands-off detection which can sense whether the wheel is being held or not, more so when autonomous driving is activated.

It’s also noteworthy that the humble wheel which has come full circle can now be warmed up or cooled down, dressed up in different materials and colours while now able to be turned by electronics to park or maintain a car inside a lane.

Creating the Mercedes stars of tomorrow