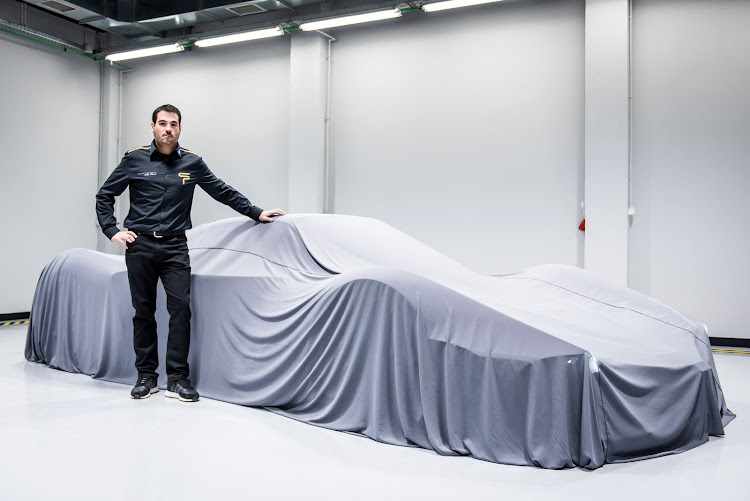 Spyros Panopoulos poses with Chaos still under wraps, which will be available in 1,491kW or 2,237kW versions. Picture: SUPPLIED

He’s also a race car driver and a world record holder for acceleration with a four-cylinder motor car with four-wheel drive, which is a self-developed 1,497kW Mitsubishi Evo 9 that revs to a staggering 14,100rpm. It shoots from standstill to 308km/h in an unbelievable 7.7 seconds over a quarter mile (for reference, a Porsche 911 Turbo S does it in 11.3 seconds).

Deploying the same tricks he has learnt beefing up other brand’s super cars, including that mad Evo 9, he has decided to manufacture his own hyper car, which he says will change the automotive scene and what driving fast means.

He says the limited-edition car he is building, named “Project Chaos”, should not be classified as “super”, “hyper” or even “mega”, but rather as “‘ultra” — a car faster than anything produced right now.

It will be powered by a 3,988cc 40-valve twin-turbo V10 engine with titanium camshafts and valves, and carbon ceramic and titanium disc brakes with dramatically ornamental “anadiaplasi” 3D-printed calipers in either magnesium or titanium, and which are his creation. 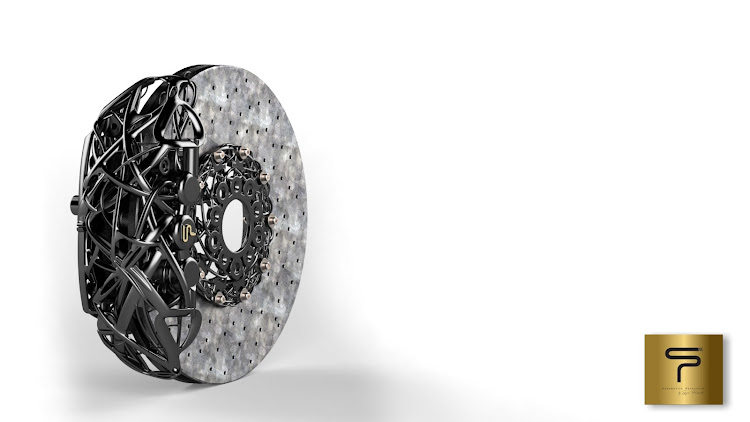 Both models use eight-speed dual clutch transmissions through an all-wheel drive system. The chassis of the two-seater car is a monocoque type, with parts made in carbon fibre and Kevlar, titanium and magnesium, and some parts made in the same 3D-printed “anadiaplasi” style.

Performance potential has not been given, but taking into account what he has achieved with quarter-mile speeds and times with his mad Mitsubishi, we can be confident it will challenge the status quo of fast Koenigseggs and Bugattis.

Bugatti puts on a R626m show before locking down

What you should know about driving during the Covid-19 lockdown

What you should know about driving during the Covid-19 lockdown