Changing the shape of the future: Samsung Galaxy Z Fold2 has arrived 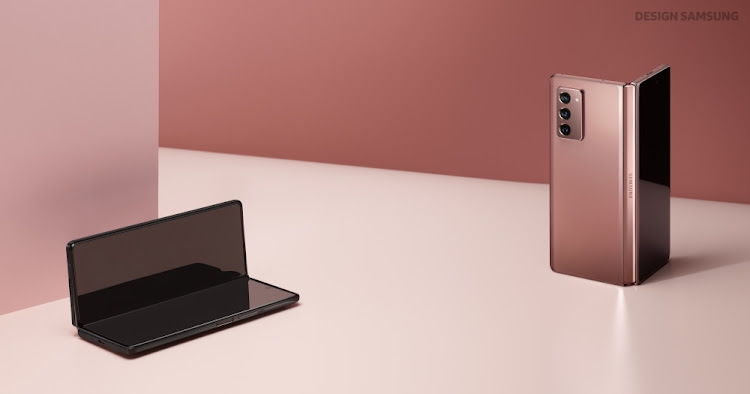 What Samsung has managed to do with the Galaxy Z Fold2 is launch an all-new and innovative smartphone category – the two-in-one device. Picture: SUPPLIED/SAMSUNG

When Samsung first released the Galaxy Z Fold a year ago, its form factor and futuristic design blew everyone away. Was it a tablet or a smartphone? A mere year later and Samsung’s Galaxy Z Fold2 is here — a sleeker, sturdier and more flexible smartphone.

But it’s so much more than that, it’s a two-in-one device that lets you unfold the Z Fold2 into a decent-sized tablet. It’s a beautifully engineered product and as soon as you use it you’ll appreciate how refined the design is. Not only does it look great, it works like a dream. The hinge, in particular, doesn’t feel flimsy at all. You can open the Z Fold2 to whatever angle is comfortable and it stays put. When open, the ultrathin 7.6-inch glass screen has a barely noticeable crease down the middle — it’s big, clear and perfect for streaming content, playing mobile games, reading or doing two things at once ... more on that later.

So the question with this new Samsung release is really: are two screens better than one? Yes! What’s so exciting about the Fold2’s design is that while it may seem gimmicky (especially if you’ve never had a hands-on experience with it), it actually makes a lot of sense. And while it is unusual to have more than one screen in your pocket, once you’re used to using the Z Fold2, you’ll soon become accustomed to its big-screen, multitasking, multi-app prowess. Unfolded, you’ll be able to do so much more on the Z Fold2, and some apps, such as the Microsoft suite, support drag-and-drop functionality.

Even simple on-the-go tasks like reading a PDF are that much better. And then there’s what Samsung calls “Flex Mode”. Because the hinge is really sturdy you can, for example, start watching a video on the outside screen when the Z Fold2 is closed, continue watching it open ... but only on one half while you have something else open on the bottom, and then shift just as easily for full-screen viewing. You can also have three apps open at once and save the layout so it’s what you want, every time. When it comes down to it, the Z Fold2 is a productivity game-changer and if anything, you’ll find it hard to transition back to a regular, one-screen smartphone.

Samsung hasn’t forgotten about cameras and the Z Fold2 comes with five. There are three rear-facing camera lenses (12-megapixel, 12-megapixel telephoto and 12-megapixel ultra-wide-angle), as well as a 10-megapixel front-facing camera on the cover. Opened up, there is a second 10-megapixel front-facing selfie camera. This means that no matter if it’s open or closed, you’ll be able to get the shot you want, and it will look beautiful. If you’re using it for video, the Z Fold2 comes with two built-in speakers and the sound quality is impressive. 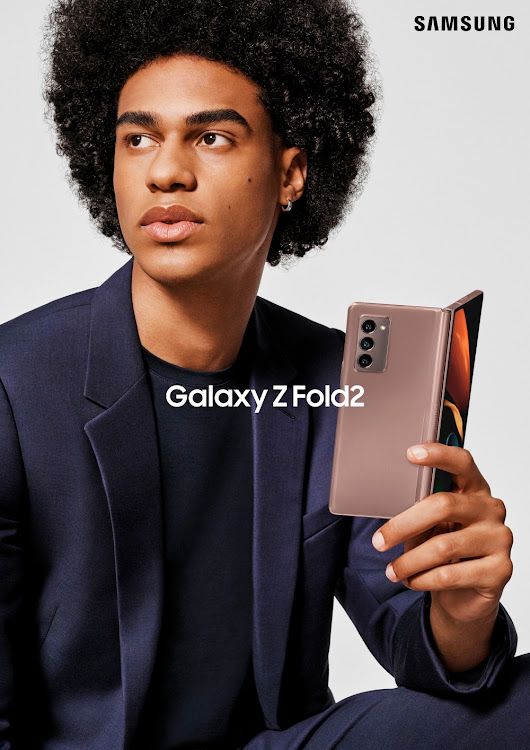 When open, the ultrathin 7.6-inch glass screen has a barely noticeable crease down the middle. Picture: SUPPLIED/SAMSUNG

What’s also important to note is that the Z Fold2 is really fast, with 12GBs of RAM to easily handle all your multitasking requirements. You cannot expand the Z Fold2’s storage, but with 256GB of internal storage it’s unlikely that will be a problem. The battery life is decent — expect a full day of juice before you’ll need to power up again and it supports both wireless and fast charging.

What Samsung has managed to do with the Galaxy Z Fold2 is launch an all-new and innovative smartphone category — the two-in-one device. What’s more is that they’ve made a premium, head-turning gadget that works as well as it looks.

This article was paid for by Samsung.