Art world techniques have a place in business 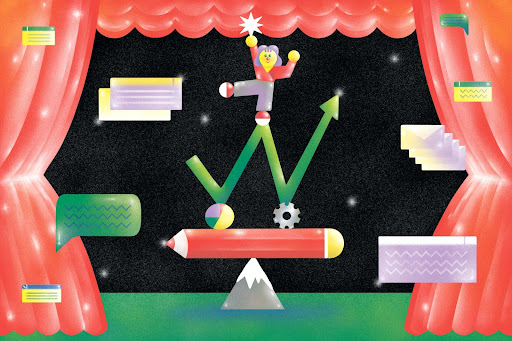 In her new book, How Creativity Rules the World, art adviser Maria Brito tells executives to emulate jazz musicians and painters to respond to constant change and uncertainty. Here is an edited excerpt.

Artists react, improvise and make hundreds of moment-to-moment decisions about the best way to bring the project to a successful conclusion. Improvisation in art refers broadly to the practice of suddenly composing or inventing something new through a responsive departure from preformed plans or expectations. Improvisation in business is about reacting creatively to possibilities not previously envisioned.

You have to be able to harness your tried-and-true methods and structures, the steps that you mapped out to get to your goal, and the knowledge you already have about your business to embrace the contingencies that will arise. You must take care of them quickly, sometimes in ways you hadn’t considered. This is improvisation. Improvisation isn’t a substitute for planning, but rather an instrument to be used in situations that catch us off-guard or when our strategies haven’t prepared us for an unforeseen circumstance.

The paradox of improvisation is that the more prepared and competent you are, the more creative and unpredictable you can be. The greater your preparation, the easier it is to relinquish control. If you trust that you know enough about your craft or your business to come up with a new gesture, as abstract impressionist painter Jackson Pollock did, you can experiment wildly with a method you have used before to see what happens. Leave a percentage of your project to chance, but be mindful that improvisation is not for every project. Know how to balance the stakes. 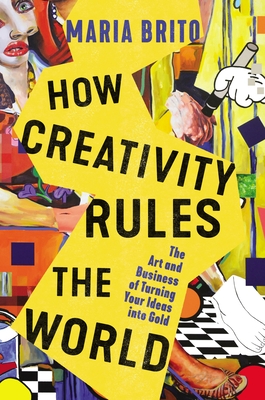 An impromptu move can add that quality of surprise that keeps your clients wanting more, or it can save you at a moment’s notice. Using these elements of improvisation regularly will help you achieve mindfulness — the state of being present, focused and aware. Mindfulness will increase your emotional intelligence, which will also lead to intuitive insights and creative breakthroughs.

When you accept the idea that there is improvisation in business, you become a leader in charge, not a leader in control. Too often, people think the leader should know everything and tell everyone what to do. A great leader, who is innovative and always looking towards the future, knows that sometimes their job is to ask the right questions and not have all the answers. It leaves room for improvisation. When you improvise, if you have the underlying knowledge, you give yourself permission to innovate and to move the needle quickly.

Bob Kulhan is an adjunct professor at Duke University’s Fuqua School of Business. He teaches improvisation to students and executives. He asserts that in business, improvisation is “about reacting, being focused and present in the moment at a very high level”.

We live in a time of constant change and uncertainty. The ability to react is necessary to finding solutions that fulfil the demands of the marketplace. One of the improvisational techniques taught by Kulhan, borrowed from American actor and coach Del Close and adapted to business, is the “yes, and” improv method. It starts with one person presenting an idea, or “offer”; the second responds “yes, and,” adding something. This can go back and forth multiple times and helps move your creativity forward.

When you accept the idea that there is improvisation in business, you become a leader in charge, not a leader in control.

In 2011, two years after I had opened my business, improvisation served me well. An important client who lived in London called and said: “I want to buy a piece by Banksy. And I want to buy it directly from his studio. It is a gift for my husband’s birthday.” I got chills all over. I wanted to please the client, but her request seemed impossible. Banksy, the British street artist, prankster, and provocateur, always operated anonymously. I had no connection to him. Still, I answered, “Yes, sure, I’ll arrange something for you.” A million thoughts raced through my mind: how could I find his studio manager? Did he have one? Does Banksy even exist?

I had a deadline to meet, which was fast approaching: the husband’s birthday. There was an email address listed on Banksy’s website, but I had a hunch that wasn’t my route. I closed my eyes for 10 seconds. In my mind, I saw the face of a Brooklyn-based street artist I had done business with. I had no idea if he knew Banksy, but I immediately texted him to explain the situation. He called me back right away wanting to know who the client was and what I needed.

An hour later, I had an email from that street artist introducing me to Banksy’s studio manager, a woman in East London who replied cheerfully. We hopped on the phone, and she told me that Banksy had created a series of large paintings on wooden panels, some of which were sold, and the others were going to a museum show. “But I have one left that is a beauty,” she said.

When I told my client, she asked:, “Can I go and see the work at the studio myself?” Her request made me sweat profusely. The situation was quickly becoming more complicated. But I said, “Of course you can. Let me figure out the best way to do it.” I asked the studio manager if she’d be amenable to my client’s visit, and, thankfully, she agreed. A couple of days later, following cryptic instructions worthy of an FBI operation, my client went to Banksy’s studio. She loved the painting, and later that day, I helped her close the sale.

Use these five elements when improvising in business:

Covid has pushed workplaces to embrace new practices: Let’s keep the good ones

What is the hype around The 5am Club?

Phenomenon may be a form of post-traumatic stress disorder, but there are ways of dealing with it
Life
6 months ago
Next Article

Countdown to World Car of the Year begins

Countdown to World Car of the Year begins