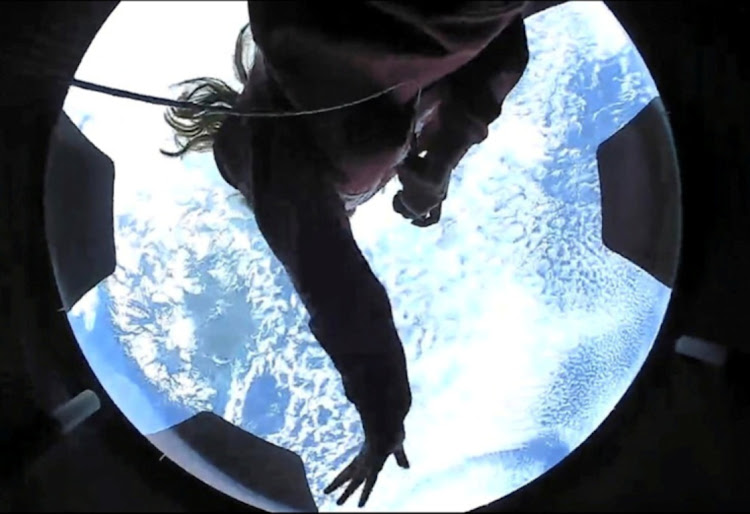 In November, if all goes well, I will take part in the most important climate talks in six years as a speaker in some associated activities — in fact, as a science fiction writer. Probably I’m not the only person who finds this a little bizarre. It’s happening because actual delegates to the high-stakes deliberations over warming temperatures will have read my novel The Ministry for the Future, which depicts high-stakes deliberations over warming temperatures.

If the biggest UN climate meetings are, as someone once described them to me, a combination of diplomacy, trade show and circus, then presumably I’ll be part of the circus at COP26. Like one of the clowns, which sounds about right. The court jester often says things people need to hear, from angles no-one else would think of. Those in power listen for amusement and crazy insight.

This is one way of describing the role science fiction performs in our culture. It hearkens back to the ancient prophets, famously disregarded in their own country but listened to for a simple reason: they speak from the future.

We’re always interested in the future. It’s a distinctively human trait. We can’t help thinking about the future, and often we try to shape it. So a messenger from the future, even if manifestly impossible, is given a hearing. People listen, then look again at what they’re doing. They think things over, with that message from the future as part of their reconsideration. 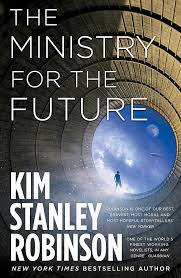 I’ll perform that function at COP26 in Glasgow, Scotland, strange though it might be. I can’t help thinking it’s going to be even stranger for the delegates. These people have given their lives to this work, combining technical and human skills in ways impressive enough to get them selected as their country’s representatives. And the expectations for this particular meeting are huge, after both a delay caused by Covid-19 and the impacts of the pandemic itself. This gathering follows many climate catastrophes of the past couple of years and the latest dire report by UN-backed scientists.

The delegates must feel an enormous pressure to invent and agree to striking and reaching significant goals. At the same time, they’re no more than national representatives assigned to work for national interests. There will likely be other representatives in their governments working diligently against their efforts.

The case will need to be made, in Glasgow and all over the world, that the nations that decarbonise fastest will do the best in the coming century, reaping benefits beyond any profits to be made by joining a fire sale of fossil fuels. All carbon reserves on Earth are now stranded assets, as poisonous to those who sell them as to those who buy and burn them. If warming temperatures are to remain below 1.5°C, then 89% of coal reserves, 58% of oil reserves, and 59% of the gas reserves identified have to stay in the ground, according to modelling work recently published in the journal Nature.

Those who move first to zero out emissions will be first to get to a more viable economy and to a place humanity has to inhabit going forward.

We have the tech to do it. We only need the money. This will in fact be one of the crucial questions hanging over COP26.

That’s not just an argument to be made — it’s a situation to be created. It won’t happen unless we figure out ways to pay for it. This is one reason people have responded to my novel describing a best-case scenario for the next few decades. Of course people want a story of things going well; that’s a very powerful desire these days. But people also want to be able to believe it. Which means it has to be a story about how we pay ourselves to come into balance with our one and only biosphere.

We have the tech to do it. We only need the money. This will in fact be one of the crucial questions hanging over COP26. Will wealthy nations responsible for most of the atmospheric carbon follow through on promises to finance the clean development of poorer nations? It’s ultimately a question of political will.

To force capital to invest in life-sustaining projects, the market will have to be shaped by governments. This may come to resemble the wartime period of the 20th century, when governments assumed financial control of national economies to best prosecute the conflict. The big difference this time is also immensely reassuring: all nations are on the same side. National efforts can be co-ordinated through a venue like COP26 into a single international effort designed to help every country and every living person.

This is what the Paris Agreement was written to do, and this is why 197 nations signed and began working together. Now we have to make it happen, and finance is key. The petrostates that rely on income from fossil fuel will have to be compensated for not burning it. That will be hard but not impossible.

The technologies and workforces in many fossil fuel industries can be redirected to all kinds of decarbonisation work, sequestering carbon rather than burning it. All this will require the central banks of the world to fund various kinds of carbon quantitative easing, because many of the good methods available aren’t profitable. Yet they still must be paid for.

Recall science fiction’s basic exercise: imagine that you’re in the future. You look around at a changed world. Very interesting. Then you look back at your own time, seeing it as if it were already history. Those people, back in 2021 — what were they thinking?! How did they do what they did, and why? You begin to judge those people of the past, a judgment we are always too quick to make. Oh, they were so ignorant and stupid! Why didn’t they see the danger? Why didn’t they act? This is science fiction’s great temporal reorientation.

What happens next is the crucial turn. You remember you’re still in the present. You can still act. That quick fictional visit to the future can turn utopian. Having seen a good future, you can decide to make it happen. That way, those people looking back at 2021 will say of us: they were in a crisis, but they faced it. They did the necessary things, and now we’re in a better world.

Think of the delegates attending COP46, two decades from today. They will be dealing with climate change. They will be renegotiating a deal all the nations on Earth can agree to. Possibly they will be arguing about the exact number of parts per million of carbon dioxide in the atmosphere to try for, having reached net-zero ahead of schedule.

No matter the particulars, they will sometimes look back to COP26, to that first middle-of-a-pandemic meeting, when everyone on Earth was newly aware that global disasters can smash civilisation.

They will look back to Glasgow with curiosity, with wonder — maybe with gratitude.

BOOK REVIEW: Why pumping aid money into Africa will not fix problems

BOOK REVIEW: New work may be Franzen’s best yet

In his meticulously researched and entertaining book, Fake History, Otto English shows how the present is manipulated by fabrications
Life
8 months ago
Next Article