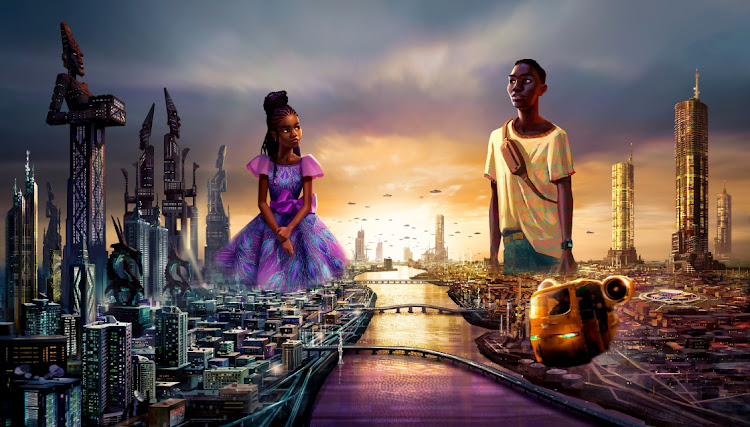 In a first of its kind collaboration, Disney Animation and Pan-African entertainment company Kugali will team up to create an all-new, science fiction series coming to Disney+ in 2022. Picture: DISNEY+

From May 18 SA consumers will have access to Disney+, the streaming platform of one of the world’s largest media corporations, which unlike many of its competitors seems to be continuing its successful growth in spite of the challenges faced by its competitors.

On Wednesday Disney CEO Bob Chapek told investors that contrary to the recent fortunes of its rival Netflix — which earlier this year announced a subscriber decline of 200,000, its first since October 2011 — Disney+ gained 7.9-million subscribers in the first three months of 2022 bringing its total number of global subscribers to 137.7-million.

while we do see that the initial uptake will be more from people who understand streaming and have access to data, in time our intention is absolutely to find ways to make sure that it’s accessible more widely.

With Chapek continuing to promise that the company expects to have 230-million to 260-million subscribers by financial year 2024, much is riding on its launch into new regions. The SA launch, which forms part of the company’s planned expansion in 42 countries and 11 new regions will play a vital role in the House of Mouse’s aims to become the world’s biggest streaming service by the end of 2024.

At the launch presentation of its SA offering last week, Disney unveiled an impressive line-up of content for all tastes and ages. More than 1,000 films, 1,500 series and 200 Disney originals will be available to local consumers from next week.

Senior vice-president and GM of Disney Africa Christine Service says unlike some competitors who may have launched in SA earlier but have had to spend time familiarising local audiences with their offerings and building brand loyalty, Disney arrives with its brand firmly built, beloved and easily recognised.

“When we ask people [in SA] what they think of the Disney brand and what it means to them, their answers are quite deep and meaningful — there’s a lot of engagement around things like trust, ‘something for everyone’, and ‘for the family’,” says Service.

Then, of course, there is the Marvel Comics Universe, which Service acknowledges, “is an extremely strong brand for us and we know that from this weekend for example when Dr Strange 2 released in cinemas — it had a phenomenal result with R11m at the box office — the second-biggest release post-Covid after Spider Man. So that is really exciting and we know that so, of course, we’re going to offer South Africans everything that we can under all of those brands, that is the intention of Disney+.”

Disney is also the owner of everything Star Wars-related and the streaming platform will offer that equally obsessive legion of diehard fans, everything they could desire. This comprises all of the films to recently launched series that expand the universe of George Lucas’ world, such as The Mandalorian, The Book of Boba Fett and the soon to be released Obi-Wan Kenobi series starring Ewan McGregor.

For more non-comic book, fanboy inclined audiences the Star section of the service offers general entertainment from a wide variety of channels such as Hulu. Service points out, “I think a lot of people are surprised that we also have this huge general entertainment offering as part of Disney+. If people are familiar with the US version of Disney+: it doesn’t have that in it; we have Hulu as a separate streaming service in the US so one of the big jobs that we have to do now as we launch is to make people understand the real breadth that’s available to them here including our GE [general entertainment] content.”

Disney+ will be available to MultiChoice subscribers through the Explora Ultra decoder. Service says the company’s partnership with MultiChoice, which on its various DStv channels has carried a wide variety of Disney content over the years, will extend to special bundles for subscribers that include access to Disney+. While the streaming platform will become the first home of much of the company’s content, its terrestrial television channels will continue to broadcast as normal.

The streaming service is priced at R119 a month, or R1,190 a year. This places it at a similar price point as other streaming services in the country and in a position to compete for the same middle-class market.  Service promises, though, “Disney is not a brand just for upper-income households ... it’s a brand for everyone and that’s always how we’ve been as a company.

“There is no doubt that there are challenges on this continent as in many other parts of the world with access to data, which is why we are interested in talking about partnerships like our MultiChoice one — to increase access and make it more accessible for people.

“So certainly, yes, while we do see that the initial uptake will be more from people who understand streaming and have access to data, in time our intention is absolutely to find ways to make sure that it’s accessible more widely.”

CHRIS THURMAN: The disturbing parallels between the Met Gala and America’s Gilded Age

The making of The Godfather, where Stockholm syndrome comes from and the worst US nuclear disaster
Life
2 weeks ago
Next Article

WATCH: May the 4th be with you — an investment case for Disney

WATCH: May the 4th be with you — an investment case for Disney