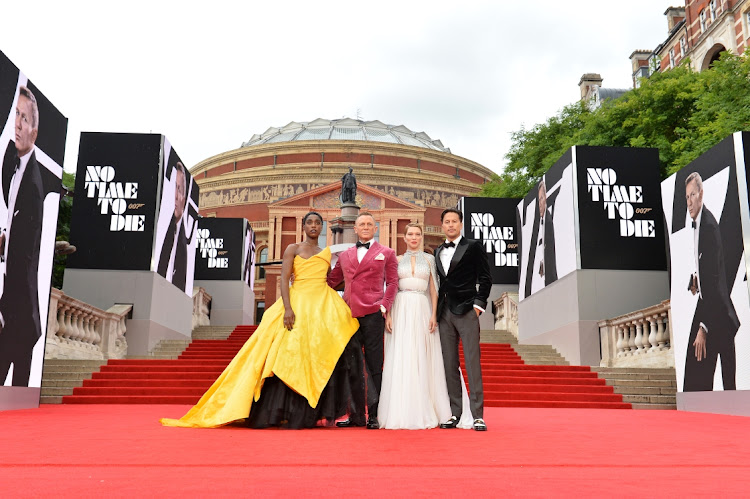 Los Angeles — With consumers shunning cinemas because of Covid-19, Metro-Goldwyn-Mayer (MGM) tried to find a new outlet for one of its crown jewels. The studio talked to streaming services, including Apple and Netflix, about a cash offer for the latest unreleased James Bond film No Time to Die.

Fortunately for cinema fans and theatre chains, the studio reverted to its original plan to release the picture on the big screen. No Time to Die has been opening internationally this week to strong reviews and impressive ticket sales, given the pandemic. It’s billed as the last Bond film to star Daniel Craig, who is retiring from the role.

Early signs are good. No Time to Die grossed $27.2m on Friday across Universal and MGM markets, reaching a cumulative audience of $51.4m, the company said. It’s headed for an estimated international opening of $112.9m from 54 markets, and in like-for-like terms, the film is in line with Skyfall and just below Spectre.

On October 8, US theatres will get the much-needed franchise film to lure patrons back to their seats.

“Of any of the films that were postponed due to Covid, this one has the most likely chances of being a big blockbuster hit,” said Erik Davis, managing editor of movie-ticket buying website Fandango.com. “It’s one of the biggest global properties that exist right now in the theatrical space.”

No Time to Die is emblematic of the harrowing twists and turns the movie industry has faced since the start of the pandemic. Studios delayed their biggest films out of fear no-one would come to see them. Some went on streaming services. AT&T’s Warner Media, for example, is releasing all of its 2021 movies on the HBO Max service the same day they hit theatres.

Now, however, the tide may be turning. After the success of its Marvel superhero film Shang-Chi and the Legend of the Ten Rings, which generated record Labour Day sales, Walt Disney decided to put the last six films on its 2021 schedule in theatres exclusively.

No Time to Die, which is being distributed internationally by Comcast’s Universal Pictures, began rolling out in some of Bond’s traditionally strongest markets in an effort to build buzz. It began with a premiere in London’s Royal Albert Hall with Prince Charles, Prince William and their spouses in attendance. It’s part of an international marketing blitz that includes adverts on trams in Zurich and giant digital billboards in Seoul.

It’s the first Bond film shot with Imax’s giant-screen cameras and the first in 3D, which lets theatres charge higher prices. The producers created additional content to promote the film, including a podcast and a documentary on Apple TV+ in which Craig talks of his Bond career.

British bookmaker William Hill is offering 100-1 odds that Craig wins the best actor Oscar for his performance. Market forecaster Boxoffice Pro projects an opening weekend in the US and Canada of as much as $95m, which would mark the best debut of the pandemic.

While cinemas will get their share from No Time to Die, the streamers won in a way, too. Amazon agreed to buy MGM in May, leaving the super-spy’s long-term future in the hands of one of the world’s biggest tech companies.

None of this was expected for Craig’s last run as Bond, a golden period for the franchise that delivered its first billion-dollar box office hit with Skyfall. In the new film, the bad guy is a terrorist leader named Lyutsifer Safin, played by Rami Malek.

The movie was also designed to set up the 60-year-old franchise, one of the biggest and most successful in Hollywood, for a new era. At one point in No Time to Die, a female spy briefly takes the title of 007, the first time a woman has done so. And rumours have swirled for years about Bond being played by a black actor, a win for those calling for more diverse title characters in big movies.

Off-screen drama has so far overshadowed those goals. No Time to Die was at one point supposed to come out in April 2020. In the thick of the pandemic, it was delayed until November 2020.

Facing the challenges that all independent studios have with streaming on the rise, MGM started to shop the picture, holding talks with big services. The tech giants said the price was too high, and the film was delayed again. The pandemic put theatre chains under so much stress that the second-largest chain in the world, Cineworld Group, closed for six months.

Then MGM’s owners began seeking a buyer for the entire studio, finally settling on Amazon’s $8.5bn bid. The merger is subject to regulatory approval.

Bond likely still has a bright future. While Amazon’s Jeff Bezos may be tempted to build out the character, the family that’s made it a lasting force in Hollywood, led by Barbara Broccoli, still maintains creative control. So far, they have largely rejected the idea of commercialising it too much, avoiding spin-off series and mostly sticking to the spectacle of the big screen, where the car chases and gadgets gleam the most.

Business thrown a lifeline as SA moves to level 2 lockdown

Venice welcomes back the movie stars

The world’s oldest film festival has strict Covid-19 protocols but the red carpet will be crowded with the likes of Timothée Chalame, Jessica ...
World
1 month ago

CHRIS THURMAN: If you have to unleash Yeats on Africa, use the dance quote

CHRIS THURMAN: If you have to unleash Yeats on Africa, use the dance quote