A new musical makes history in the time of Covid-19

Lourds Lane, the creator of SuperYou, changed her traditional theatrical trajectory and built her brand across other live and virtual platforms 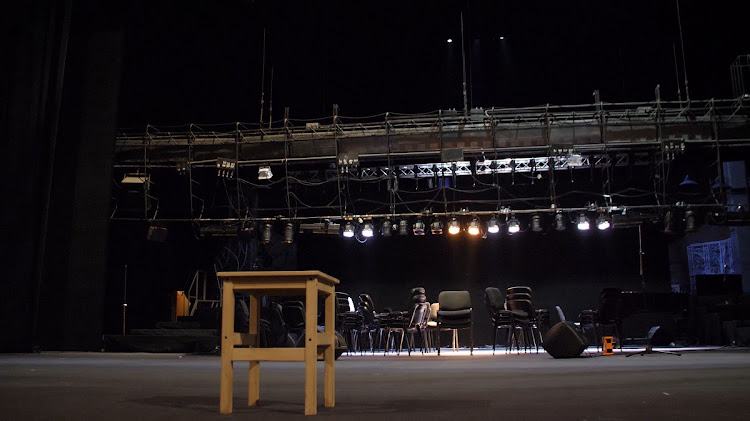 What do you do when a musical you put your heart and soul into, a feel-good rock-flavoured story of a woman realising her value and finding her voice, gets shut down by a global pandemic just before it is set to open Off-Broadway?

When it happened to Lourds Lane, the creator of SuperYou, she pivoted her traditional theatrical trajectory and built her brand across other live and virtual platforms.

“This is about life imitating art,” says Lane, a Filipina-American from Queens, New York, who is the show’s composer, lyricist, writer, and star. “The show is rising up, and that’s what we did. You can’t talk the talk without walking the walk.” Or in this case, drive to the drive in: namely, Four Brothers Drive-In in Amenia, NY, about 140km north of Manhattan.

On June 27 and 28 2020, that’s where five actresses stepped onto the beds of pickup trucks and unleashed their power belts in a socially distant concert filmed for streaming — and claimed a bit of theatre history in the process. The SuperYou concert film, as noted on Broadway on Demand, where it can be ordered, was the first theatrical production to be performed live during the Covid-19 pandemic.

Keith Urban, the Australian singer and husband of Nicole Kidman, deserves a nod for providing inspiration. “We knew that performing outdoors was safest,” says director and choreographer JoAnn M Hunter, who spent the early days of the pandemic brainstorming with producer Melissa Jones on how to keep the show going. Hunter read about Urban’s concert for healthcare workers at a Tennessee drive-in. Hunter’s most recent trip to a drive-in had been with her then-boyfriend to view Faye Dunaway’s 1978 thriller, The Eyes of Laura Mars.

Late in June, Jones, Hunter, Lane and fellow actors Kennedy Caughell, Brie Cassil, LaVon Fisher Wilson, and Molly Tynes joined the SuperYou crew in the great outdoors to tell this story of a comic book artist whose imaginary superheroines guide her to see her greatness. Mother Nature sent buckets of rain during rehearsal and then contributed dry skies for both performances.

The concert budget was $15,000. That included fees for the actors and expenses for hotels and travel, along with a portion of the sound and light rental costs, says Jones. The creative team’s work, the pickup trucks, the film crew’s work and equipment, and the venue were all donated. The cost in real terms would have been $80,000.

“They believe in the show and Lourds — they wanted to do the work they do,” Jones explains before conjuring up a song from A Chorus Line. “It was a total ‘what I did for love situation’.”

At the concert, audience members showed their love by honking horns and flashing headlights. On TikTok, where SuperYou has about 10,800 followers, fans have covered songs from the concept album, requested sheet music, and used rousing tunes such as To My Angels for audition videos.

After a year of isolation and uncertainty, the show’s upbeat message feels particularly timely and resonant. “I am enough, I am loved, I am whole” is an often-repeated lyric. If you’re thirsty for a positive, empowering message, it always goes down easy. Self-affirmation is Lane’s way — and what the youth organisation she created, SuperYou FUNdation, is about.

What does the future hold for the musical? “Broadway was our intention all along, and still is,” says Jones. “We don’t know what Broadway is going to look like over the next couple of years. The pandemic has taught us that we have so much more opportunity at what we can be.”

In the meantime, the creative team has explored storytelling via virtual reality and is keeping options open. “We are currently looking into opportunities this year at locations in New York, Indiana, Connecticut, and California, as well as potential TV and film,” says Jones. She expects dates to firm up by mid-April. Further down the road, the show is looking into making a run in Japan in late 2022.

“It’s all about thinking out of the box,” concludes Lane. “One thing I can do is create, and I create a lot.”

JANAN GANESH: Daft Punk and the virtues of mystery

CHRIS THURMAN: Telling stories not about Big People, but The Rest of Us

CHRIS THURMAN: Telling stories not about Big People, but The Rest of Us