Watch Godfather of Harlem on Showmax and DStv Now every week 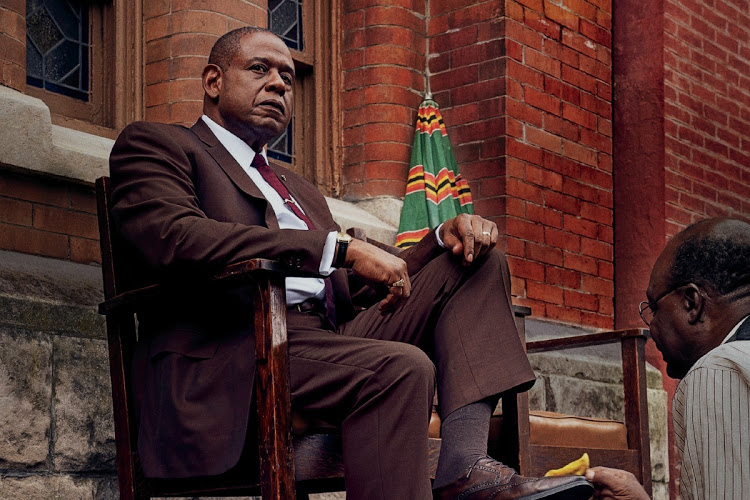 Watch Godfather of Harlem on 1Magic, on the DStv Now app and on Showmax. Picture: SUPPLIED/SHOWMAX

Those who live by the sword don’t always die by it. Bumpy Johnson didn’t, succumbing to a heart attack instead, at age 62, while having breakfast with some friends.

Some versions say that he died in the arms of Frank Lucas, who would go on to build a notorious drug empire in New York. Others say it was a childhood friend — Bumpy’s wife refused to watch American Gangster, a biopic about Lucas, because she disputes his version of events.

As it turns out, Bumpy Johnson's story has a lot of mysteries. Some see him as a "Robin Hood" who looked after the poor or a self-made man who had to do a little dirty business to survive.

But in reality, Bumpy was pure gangster, able to stand next to some of the most dangerous criminals of his time and build an empire that he controlled until his death.

The new series Godfather of Harlem starring Forest Whitaker tells Bumpy’s story. It’s now streaming on Showmax and DStv Now, with new episodes coming weekly on Mondays at 9.30pm online and on 1Magic. Based on the biography of the same name, the series explores his last years after he was released from a 15-year sentence at Alcatraz.

But by this time, he was already a powerful and legendary figure.

Trained in the mean streets

Born in 1905 and getting his nickname from bumpy birth defects on his head, Ellsworth “Bumpy” Johnson was a short, mean boy who constantly had to fight off racist kids in South Carolina. When his family moved to Harlem in New York, his southern accent made him few friends and he fought with neighbourhood kids as well. But Bumpy’s scrappy spirit wouldn’t let him down.

Already a skilled burglar by age 15, he went through several jobs, including pimping and acting as a bodyguard for illegal gambling rackets. He landed in jail several times and by age 30 had spent nearly half his life there. But it also gave him a reading habit — Bumpy formed a keen intellect from books and was even nicknamed "the Professor". He developed a knack for chess, which would serve him well later.

When Bumpy was released in 1932, he entered the employ of Stephanie St Clair, a Harlem crime boss who controlled number games — a type of illegal lottery. Numbers were profitable — estimated to then be about $50m in annual takings in New York. Adjusted for inflation that’s close to $1bn today.

Such riches draw attention, and in Harlem, it lured Dutch Schultz. One of the most notorious and violent gangsters of all time, Schultz’s mob was as powerful as the five mafia families of the time. He strong-armed Harlem’s numbers operators to work for him, eating into St Clair’s earnings. Bumpy, St Clair’s enforcer, made it his business to go after Schultz. 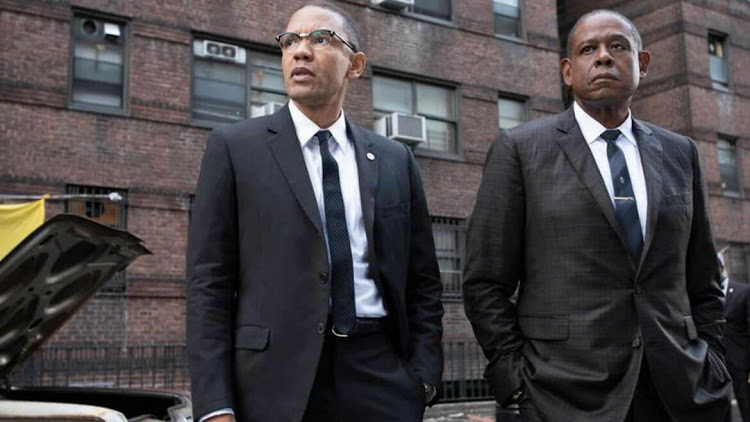 The Mafia’s man in Harlem

Three years of guerrilla warfare, leaving over 40 murdered, finally ended when Schultz was assassinated by the men of Lucky Luciano, boss of the five families. St Clair wanted out and retired, giving the keys of her kingdom to Bumpy, who then savvily arranged to meet Luciano. The two men got along and Luciano agreed to accept Bumpy as the Harlem associate of his Genovese crime family, in exchange for a cut of the profits.

This arrangement lasted for 40 years, not the least because Bumpy and Luciano frequently played chess against each other. Bumpy would later say those who master chess, master life. Their mutual respect ensured that Bumpy was near-untouchable, though the mafia never protected him directly. For that, he had his own muscle in Harlem. He even protected the activist Malcolm X after the latter fell out with his armed, revolutionary friends.

Bumpy commanded many troops but was not afraid to fight himself. In one notorious incident, he took a rival’s eye out with a knife (or spoon, depending on the version). He’d have public gunfights. Once he left his date at a restaurant, fired shots at an opponent in the street, and then returned to his table. When she asked what happened, he nonchalantly said they both missed and then suggested getting a banana split.

Harlem loved Bumpy. He frequently gave out food and presents to its people, plus he was seen as the man who kept white criminals out of the area; he was the gangster who beat the mob. The darkest stories about him are countered by tales about his largesse. But even his closest confidantes didn’t sugarcoat it: Bumpy Johnson was a dangerous, violent man you didn’t mess with.

As Godfather of Harlem opens, we meet Bumpy on the ropes. Freshly released from a prolonged jail sentence (where he is rumoured to have assisted in the famous Alcatraz escape), he finds that a Genovese lieutenant has moved into his neighbourhood. But this new foe doesn’t know who he’s messing with. This is Bumpy Johnson; the most dangerous man in Harlem.

Watch Godfather of Harlem on 1Magic, on the DStv Now app and on Showmax >>>

How to get DStv Now

DStv subscribers can sign up for DStv Now at no extra cost. Go to now.dstv.com to register and start streaming.

How to get Showmax

Sign up for a 14-day free trial at Showmax.com. Thereafter, access to a tonne of local and international series, movies and documentaries costs just R99 per month.

DStv Premium subscribers get Showmax at no extra cost — visit the website to sign up. DStv Compact and Compact Plus subscribers can add Showmax to their subscription for just R49pm.