Zip-zapping from the streets to performing in the White House

For a child living on the street, trapeze lessons and jumping on the trampoline don’t rate on the hierarchy of needs. However, circus skills that come wrapped with lessons for life are helping disadvantaged children to fly above their circumstances at the Zip Zap Social Circus.

Jacobus Claassen, who is now a coach at this Cape Town circus school, was a homeless child when he first got involved. He’d been living on the streets in Paarl before migrating to Cape Town, where a homeless shelter he found encouraged its residents to attend various outreach programmes.

“Zip Zap’s Second Chance outreach programme was one of them and I’d always wanted to be in a circus,” he says. “I was still at school so I should have gone once a week, but I sneaked in three times a week.”

He completed Zip Zap’s professional four-year course called Dare To Dream, then joined the staff. Now 27, he has performed in France, Switzerland, Spain and the US three times, once before president Barack Obama at the White House.

He’ll next appear in Journey Beyond in Johannesburg, when 10 Zip Zap students and teachers will perform to music from the Johannesburg Youth Orchestra and singers Zolani Mahola of Freshlyground, soprano Zita Pretorius and tenor Tim Moloi. It promises to be spectacular, with world-class circus acts combining with soaring classical music to create visual and aural magic.

Zip Zap isn’t just a professional circus school, however. Most of its students, like Claassen, are street children or youngsters from poor backgrounds who are trained through its community outreach programmes. It was founded by Brent van Rensburg and his French wife, Laurence Estève, after they spent years performing in circuses overseas.

“We decided to see if we could create a project to bring children together from different backgrounds and cultures using the circus as a medium to bridge the divides in SA,” says Van Rensburg. “It was ideological, and 27 years later, that’s what we’re still doing.”

Our job is to give them some fun and a good meal. We were the first circus school in the world — and probably still the only one — which has a programme for children living with HIV.

About 2,000 children a year take part in its outreach programmes. One runs in Khayelitsha in partnership with Medecins Sans Frontieres, where children attending clinics to receive antiretroviral drugs learn circus tricks while they wait.

“Our job is to give them some fun and a good meal. We were the first circus school in the world — and probably still the only one — which has a programme for children living with HIV,” says Van Rensburg.

The circus lessons are such an attraction that children actually want to attend the clinic, creating the knock-on effect of more youngsters getting treated and taking their medication regularly.

All the circus lessons are free, whether they’re learning to juggle in the clinic or are full-time students taking its professional Dare To Dream course.

“One of our philosophies is that all children are equal when they walk through the door, so nobody pays,” Van Rensburg says. “If the children are willing to work hard that’s payment enough. We don’t turn any away. We always make a plan, so if a child really wants to be here we’ll find a way. It’s a struggle to make ends meet but somehow it works.”

Money raised by live performances covers about 40% of the costs, with donations and grants covering the rest. The expenses include two buses that weave about the townships to collect and drop off the children who attend the classes. The circus feeds the students every day, with Woolworths sponsoring the food.

Being a social circus means getting involved in the community and teaching the children “life skills’ too, says performer and coach Jason Barnard.

“It’s about teaching them respect and trust, and how to be strong and confident. It’s not just about who can do the best backflip. It’s about how polite they are and how well they communicate.”

Christine Chapman, a creative director for the Journey Beyond show, says the children don’t even realise they’re learning to become friendlier, more trusting and more trustworthy along the way.

“It’s about showing them they are better than they think they are, so they become better people. Instead of stealing an apple they’re going to go out and juggle so they can earn the money to buy one.” 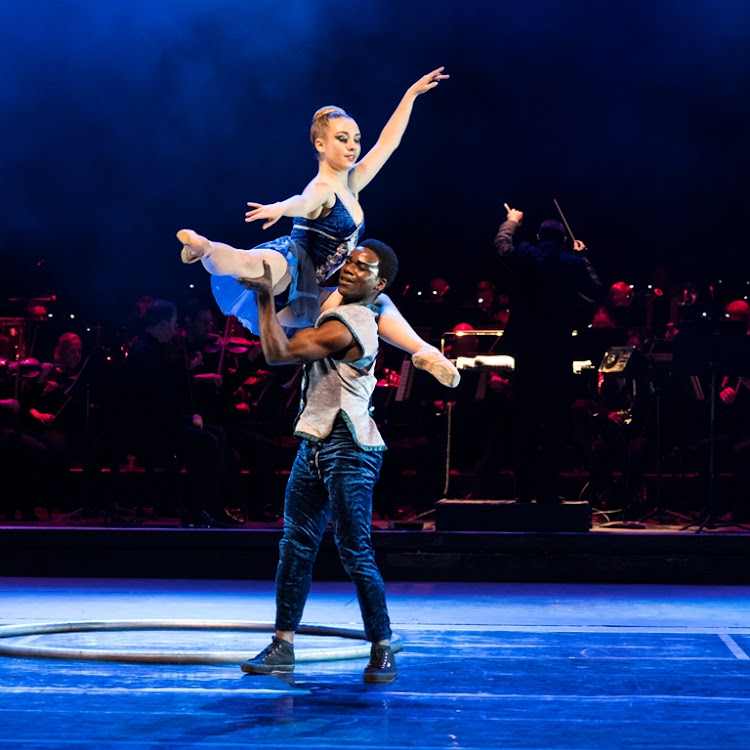 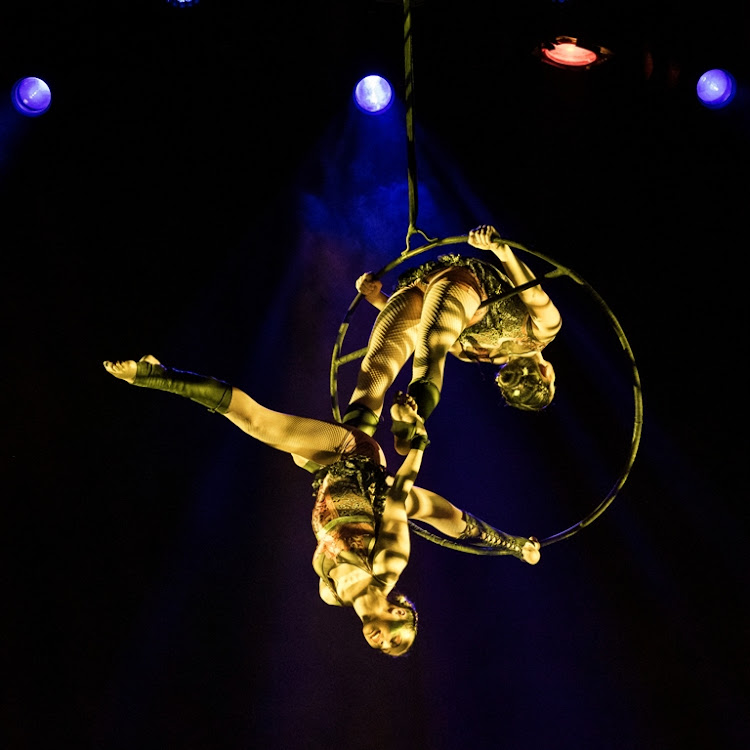 While its outreach programmes run in poor areas in Cape Town, Zip Zap’s youth training programmes and professional courses draw students from anywhere. Because some of the outreach youngsters stay on to train professionally, the full-time courses meld together youngsters from all backgrounds.

“Constantia millionaire children get to play with children from Khayelitsha who have absolutely nothing and they learn to look past those material things,” says Barnard.

The training isn’t just for would-be performers, or “stars in the sawdust ring”, as Van Rensburg calls them. The children learn back-room skills in lighting, rigging and sound engineering. Some have gone on to work as performers or technicians with the world’s largest theatrical producer Cirque du Soleil in Canada, and others work for other circuses around the world.

Several have returned in later years to teach at the school including Chapman. She was one of the first 15 students when the equipment was a solitary trapeze bar swinging from a tree in the back garden. Eight years later, Chapman and two colleagues embarked on professional circus careers abroad. She’s still fit enough to perform with her students occasionally, but the bones of a circus performer have a limited lifespan, she says.

Claassen and Barnard are likely to tour overseas in 2020, but right now Claassen loves showing children who feel as hopeless as he once did that there is a future.

“Some of the children are going through what I went through, so I can put it into their heads that life doesn’t end there. If you really want a thing, you can make your own choices and go for it, and through my teaching I can tell them that,” he says.

“Look at me — I’ve been through worse and I’m standing here smiling.”

A review of highlights at the Venice Film Festival, including The King, The Laundromat, Marriage Story, The Painted Bird and Ad Astra
Life
5 months ago

While some of the continent’s artefacts are in the process of being reclaimed, there are sticking points, writes Zakes Mda
Life
7 months ago

MICHAEL FRIDJHON: The perfect blend of method and madness

MICHAEL FRIDJHON: The perfect blend of method and madness