Event does not yet constitute public health emergency of international concern 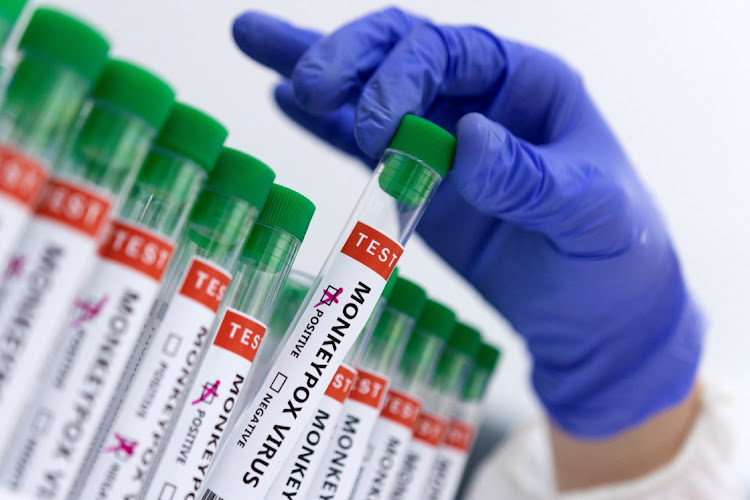 The global eradication of smallpox more than 40 years ago was one of the greatest achievements in public-health history, vanquishing a cause of death, blindness and disfigurement that had plagued humanity for at least 3,000 years.

But, on the downside, it also led to the end of a global vaccination programme that provided protection against other pox viruses. That includes monkeypox, which has been spilling over from its animal hosts to infect humans in Africa with increasing frequency since the 1970s.

Monkeypox now represents a serious, evolving threat after sparking outbreaks in dozens of countries this year, mostly in Europe, demonstrating again how readily an infectious agent that emerges in one country can quickly become an international concern.

Monkeypox is a misnomer resulting from the fact that it was first discovered at the Statens Serum Institut in Copenhagen in 1958, when outbreaks of a pox-like disease occurred in monkeys kept for research. While monkeys are susceptible to it, just like humans are, they aren’t the source. The virus belongs to the Orthopoxvirus genus, which includes the variola virus, the cause of smallpox; the vaccinia virus, which is used in the smallpox vaccine; and cowpox virus. Monkeypox is less contagious than smallpox and the symptoms are milder. About 30% of smallpox patients died, while the fatality rate for monkeypox in recent times is 3%-6%, according to the World Health Organization (WHO).

What does monkeypox do?

After an incubation period of usually one to two weeks, the disease typically starts with fever, muscle aches, fatigue and other flu-like symptoms. Unlike smallpox, monkeypox also causes swelling of the lymph nodes. Within a few days of fever onset, patients develop a rash, often beginning on the face then spreading to other parts of the body. The lesions grow into fluid-containing pustules that form a scab. If a lesion forms on the eye, it can cause blindness. The illness typically lasts two to four weeks, according to the WHO. The person is infectious from the time symptoms start until the scabs fall off and the sores heal. Mortality is higher among children and young adults, while people whose immune system is compromised are especially at risk of severe disease.

How is it normally transmitted?

Monkeypox doesn’t usually spread easily between people. Contact with the virus from an animal, human or contaminated object is the main pathway. The virus enters the body through broken skin, the respiratory tract or the mucous membranes in the eyes, nose or mouth. Transmission from one person to another is thought to occur through respiratory particles during direct and prolonged face-to-face contact. But it can also happen through contact with body fluids or lesion material, or indirectly through contact with contaminated clothing or linens. Common household disinfectants can kill it.

What is unusual this time?

There have been multiple chains of human-to-human transmission occurring, including in sexual networks, in countries in which monkeypox isn’t normally present.

Analysis of the genetic sequence of the virus collected from patients in Europe indicates that the current outbreak in non-endemic countries is caused by a strain that likely diverged from the monkeypox virus that sparked a 2018-2019 Nigerian outbreak, according to a June 24 study in Nature Medicine. Earlier research found that it was most closely related to viruses found in cases exported from Nigeria to the UK, Israel and Singapore in recent years. Monkeypox virus strains from this clade usually have a case-fatality rate of less than 1%. (That compares with 10% for a second clade called Congo Basin, which appears on the US government’s bioterrorism agent list as having the potential to pose a severe threat.)

How fast it is spreading?

From just a handful of cases in Europe in early May, more than 4,100 cases, mostly in men, were reported across the region, as well as in the Americas, the Middle East, Asia and Australia by late June. One death was reported in an immunocompromised person. Experts told a WHO meeting that monkeypox had been circulating undetected in Europe since at least April. Preliminary research estimates that among cases who identify as men who have sex with men, the virus has a reproduction number greater than 1, which means more than one new infection is estimated to stem from a single case. Overall, the reproduction number is estimated to be 0.8. Understanding the dynamics of spread is proving difficult.

Where does monkeypox come from?

The reservoir host or main carrier of monkeypox disease hasn’t yet been identified, though rodents are suspected of playing a part in transmission. It was first diagnosed in humans in 1970 in the Democratic Republic of the Congo in a nine-year-old boy. Since then, most cases in humans have occurred in rainforest areas of West and Central Africa. In 2003, the first outbreak outside Africa occurred in the US and was linked to animals imported from Ghana to Texas, which then infected pet prairie dogs. Dozens of cases were recorded in that outbreak.

Is monkeypox a pandemic threat?

A meeting of the WHO’s emergency committee on June 23 determined that, at present, the event doesn’t constitute a public health emergency of international concern. The committee acknowledged “the emergency nature of the event and that controlling the further spread of outbreak requires intense response efforts” and recommended reviewing the situation after a few weeks, once more information becomes available.

How is it treated and prevented?

The illness is usually mild and most patients will recover within a few weeks; treatment is mainly aimed at relieving symptoms. For the purposes of controlling a monkeypox outbreak, the CDC says smallpox vaccine, antivirals, and vaccinia immune globulin can be used. Vaccination against smallpox can be used for both pre- and post-exposure and is as much as 85% effective in preventing monkeypox, according to the UK Health Security Agency, which is offering the Imvanex smallpox vaccine to close contacts of a person diagnosed with monkeypox. It lists cidofovir and tecovirimat as antiviral drugs that can be used to control outbreaks.

The main way to prevent infection is by isolating patients suspected of having monkeypox in a negative pressure room and ensuring health staff wear appropriate personal protective equipment.

Is there a test for monkeypox?

Yes. Monkeypox is diagnosed using polymerase chain reaction (PCR) tests to detect viral DNA in specimens collected from the scabs or swabs of a patient’s lesions.

The viral disease, whichcauses flu-like symptoms and skin lesions, is endemic in parts of the continent but has only caused global concern in recent ...
World
1 month ago

Far fewer people are testing for Covid than last year this time, but most people flush. Water in the country’s drains can pick up a spike in cases or ...
News & Fox
2 months ago
Next Article