The slap that’s likely to keep on stinging

Much has been made of the Will Smith/Chris Rock dust-up, and this much is certain: life imitates art. Just ask Christos Tsiolkas 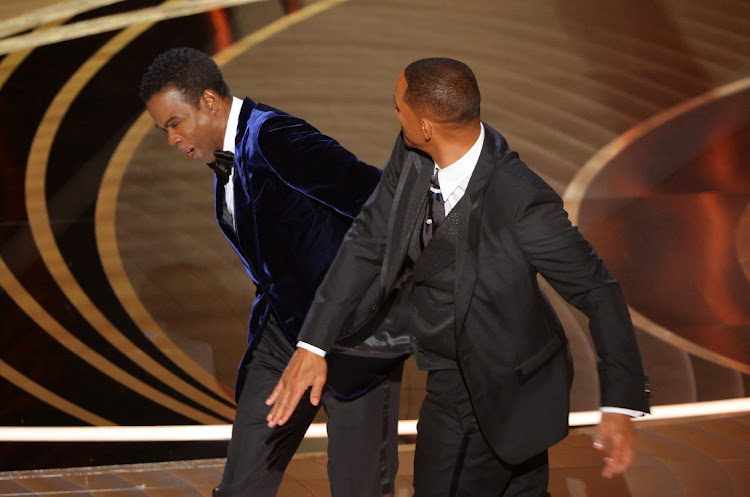 Will Smith may not know it yet, but his career is probably over. Picture: Picture: BRIAN SNYDER/REUTERS

In 2008, Australian writer Christos Tsiolkas earned international acclaim for his novel The Slap — the story of a man who slaps his friend’s misbehaving son at a party, told through the viewpoints of those present during incident, and its aftermath. It won Tsiolkas the 2009 Commonwealth Writer’s Prize and went on to be adapted for two miniseries versions in Australia and the US.

That episode has now played out in real life in the shark-infested waters of Hollywood last week when Will Smith decided to teach host Chris Rock some manners during the telecast of the 94th Academy Awards after the comedian made a bad joke about his wife Jada Pinkett Smith’s bald head and alopecia.

Smith’s slap reverberated across the internet and has remained a chattering point for almost two weeks now. It has generated millions of lines of opinion, news stories, Tweets, Facebook babble and thousands of memes and Instagram posts.

For the first time in decades the Oscars have been part of a conversation that’s extended long after the announcement of the winners. And in an ironic twist that hasn’t been lost on keen-eyed tweeters, Tsiolkas had penned an opinion piece a few days before the ceremony bemoaning the irrelevancy of the awards and how boring they’ve become.

Now as the outrage and reputational fallout of the dust-up still swirls, there are the consequences that, with foresight, might well have made the once Fresh Prince of Bel-Air think, take a deep breath and laugh off the jibe.

The Academy of Motion Picture Arts and Sciences will hold a meeting later on Thursday to discuss what to do about Smith and his outburst. Their options may be limited in the wake of Smith’s resignation from the Academy last week; he’s also apologised publicly to Rock and his fans.

While Smith’s resignation means he won’t be eligible to vote at future Oscar awards, it probably doesn’t mean his Oscar for best will be rescinded. Even convicted rapist Harvey Weinstein and alleged rapist Roman Polanski, both of whom had their memberships revoked, still got to keep their statues. The Academy has revoked an award once in it’s almost 100-year history: in 1969 Young Americans won the award for best documentary but it was found to have been released too late to be eligible and the statue was subsequently awarded to the runner-up, Journey into Self.

The Academy, which has significant influence in the realm of awards and events, doesn’t really have any say in the broader arena of film production so whatever punishment it decides is likely to be regarded as a mere slap on the wrist for Smith.

Things are getting a little more muddy in the world of production, though. In his memoir, Will, Smith gave a succinct analysis of guaranteed box office success and a means of choosing his post Fresh Prince of Bel-Air feature film projects: “special effects, aliens and a love story”. And, as proof, from 2002 to 2008 he was in eight consecutive summer blockbusters that incorporated these elements and each made more than $100m.

Still, his best-actor Oscar, which should have been a fitting crown to a popular and successful career may instead be its final, tragic high point. Netflix has put its multimillion-dollar, Smith-starring action adventure Fast and Loose on the backburner, and the 40 pages of the script he was recently sent for the fourth instalment in the evergreen Bad Boys franchise — in which he stars with Martin Lawrence — will probably be all he sees of that project.

Apple TV+, the first streaming service to win a best-picture Oscar for its heartwarming deaf-family drama Coda, has also quietly decided not to announce a release date for Emancipation. its $100m-plus slavery-era escape drama starring Smith.

In his resignation statement, Smith said that he would accept whatever consequences arose from his “shocking, painful and inexcusable” actions. But  he may once again have misjudged his situation because it’s not the Academy he has to worry about — it’s everybody else who pulls the strings in Hollywood he should have been kneeling before.

Nevertheless, the man who two weeks ago was regarded as one of the movie industry’s nicest guys and most respectable and hardworking members, will in all likelihood get to keep his Oscar on the mantlepiece of his possibly smaller future homes.

As for Tsiolkas, perhaps he should be looking at a new career in scripting reality TV.

A spy thriller, an Oscar winner, documentaries and a modern take on The Fresh Prince of Bel-Air
Life
1 month ago

TOBY SHAPSHAK: Will Smith won the Oscar but lost our respect

EUSEBIUS MCKAISER: Here’s why Chris Rock and Will Smith deserve neither praise ...

TOBY SHAPSHAK: Will Smith won the Oscar but lost our respect

EUSEBIUS MCKAISER: Here’s why Chris Rock and Will Smith deserve neither praise ...