Covid-19 variants will keep mutating until world is immune 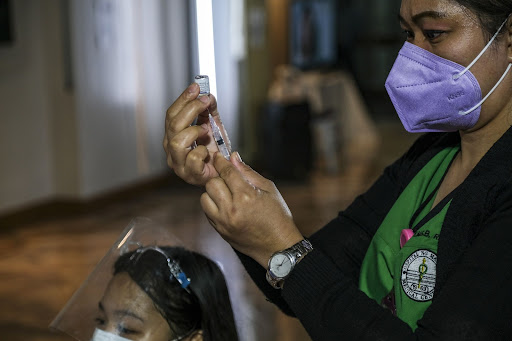 There’s a grim inevitability to the fact that the latest concerning strain of the Covid-19 virus — known as B.1.1.529, and now nicknamed Omicron — should have been first identified in SA.

So far, SARS-CoV-2’s most devastating affects have been in developed countries. The US, UK and EU have accounted for about a third of deaths, compared to their roughly 10% share of the world’s population.

However, it has been in the Brics grouping of fast-growing middle-income nations where an outsize share of new variants of concern have been isolated and analysed for the first time. From the original strain in China, to the Delta lineage picked up in India, the Gamma variety isolated in Brazil and the Beta and latest Omicron strains from SA, only the UK-related Alpha variant has emerged outside these countries.

In part, that’s just a reflection of the fact that two out of five people in the planet live in one of the Brics nations. It’s also no coincidence that new variants were first identified in countries with the sophisticated scientific infrastructure needed to spot them. The Brics are some of the biggest players in the global market for generic drugs, and India and SA have performed a key role in debates over intellectual property waivers to increase access to medicines.

At this point, though, the crucial factor may be the fact that richer countries are now mostly so heavily vaccinated that the opportunities for the virus to cook up new mutations are increasingly limited. The nations with the largest populations of unvaccinated and susceptible citizens are those where the odds are greatest that SARS-CoV-2 will find a new way of breaking through the barriers we’ve placed in its path.

“Escaping from immunity is something that viruses do really well,” said Ian Mackay, an associate professor of virology at the University of Queensland. “If there are lots of populations that are still susceptible, we’re in the same kind of hamster wheel of this that we’ve been in before.”

Vaccine inequity is costing lives every day, and continues to place everyone at risk.

It’s too early to know much about how the latest variant will affect people. One concerning aspect is the remarkably large number of mutations, particularly to aspects of the genome that affect the virus’s ability to transmit itself to others or fight back against the body’s immune responses. That raises the prospect that it could, as with Delta, spread more rapidly through non-immune populations, or even break through the protections of those who’ve already been infected or vaccinated.

At the same time, the sheer diversity of mutations means it will be hard to know for sure whether these changes will amplify or cancel each other out until we’ve been able to observe the latest variant’s progress in humans, said Mackay.

We don’t need the answer to those questions, however, to know the mistake the rich world is already making in treating Covid-19 as a pathogen that’s already been defeated by its own high rates of vaccine coverage. While the likes of China, Japan, France, Italy, South Korea and Canada can boast that three-quarters of their populations are fully immunised, 110 of the 200 countries and territories for which Bloomberg has data are shy of 50% (the US, at 59%, has one of the worst records in the developed world). Of that number, 64 haven’t even reached 25%, including SA itself. India, at 31%, and Russia at 37% aren’t doing much better. Of the 37 nations with less than 10% fully protected, 32 are in Sub-Saharan Africa.

That yawning gap is being driven by the glacial pace at which pharmaceutical companies in the rich nations where drugs have been developed have been sharing their intellectual property with generics producers in emerging economies. While the US decision in May to waive IP rules around Covid-19 drugs was a major step towards addressing that problem, European opposition and a lack of compulsion from governments have failed to produce the change needed to increase supplies.

“The current vaccine equity gap between wealthier and low resource countries demonstrates a disregard for the lives of the world’s poorest and most vulnerable,” the heads of the World Health Organization and International Organization for Migration and UN High Commission for Refugees wrote in an open letter to G20 leaders last month. “Vaccine inequity is costing lives every day, and continues to place everyone at risk.”

As natural and vaccine-derived immunity rises, viral evolution will have to get more and more ingenious to evade our defences. So far, scarcely more than half of the world’s population has had a dose of a Covid vaccine. That means there’s still more than 3.4- billion people out there whose bodies the virus can treat as laboratories in which to develop new mutations. Until we reduce that number further, the odds aren’t as strongly in our favour as we’d like to think.

Bloomberg opinion. More stories like this are available on bloomberg.com/opinion.

The border clampdowns mark a further blow to an airline industry whose recovery has been stalled this month by a fourth wave of coronavirus cases ...
Business
1 month ago

A new Covid variant and SA's return to the UK’s red list sent shockwaves through the leisure industry, with shares in hotel groups plummeting as ...
Business
1 month ago

1.
The CityBug is SA's smallest and most affordable ...
Life / Motoring
2.
Deep, dark secrets of crew aboard wild superyachts
Life / Gadgets & Gear
3.
Seretse and Ruth Khama, a marriage that shook the ...
Life
4.
Would you pay R280m for a number plate?
Life / Motoring
5.
MICHAEL FRIDJHON: Top performers at the 2021 Old ...
Life

1.
The CityBug is SA's smallest and most affordable ...
Life / Motoring
2.
Deep, dark secrets of crew aboard wild superyachts
Life / Gadgets & Gear
3.
Seretse and Ruth Khama, a marriage that shook the ...
Life
4.
Would you pay R280m for a number plate?
Life / Motoring
5.
MICHAEL FRIDJHON: Top performers at the 2021 Old ...
Life