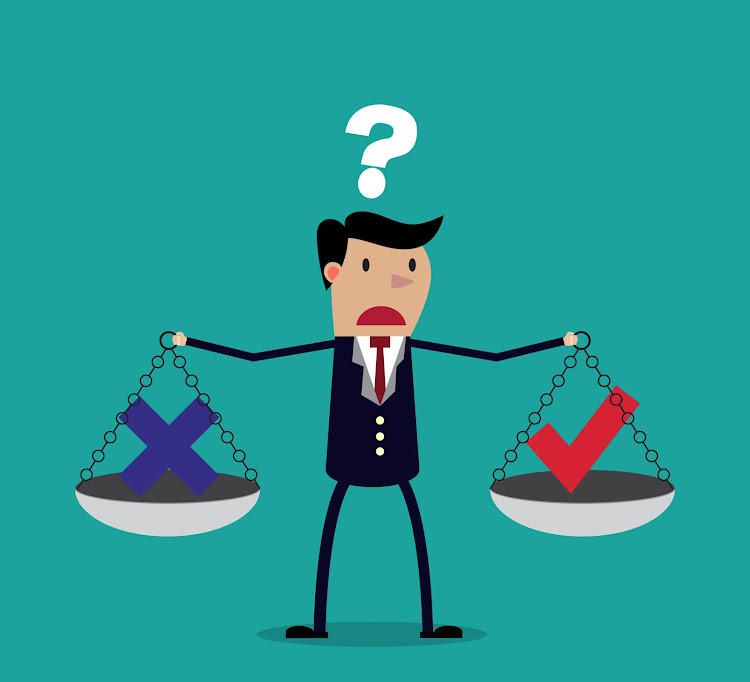 My interest in business ethics was sparked by the infamous Enron scandal: the spectacular collapse in 2001 of the once-mighty American energy firm amid large-scale accounting fraud.

Until its fall, Enron was hailed not only as the exemplar of corporate success in the US but also as a poster boy of the American brand of capitalism. When the firm collapsed, it took down with it its accounting partner, Arthur Andersen.

At the time, the energy company underwent the biggest bankruptcy reorganisation in American history, and was considered to be the largest audit failure. The shocking news of the scandal reverberated across the world. It dominated business news in both print and broadcast media. It prompted lively debates and a great deal of navel-gazing on business school campuses.

This was mainly because schools had produced case studies extolling the company’s virtues. The fallout was huge and was compounded by the fact that Jeffrey Skilling, Enron’s CEO, was a holder of the MBA qualification from Harvard Business School.

Several Enron executives were indicted for a range of charges and some were subsequently jailed. As a result of the scandal, the US government enacted new regulations and laws to increase the accuracy of financial reporting for public firms. This led to the passage of the Sarbanes-Oxley Act, which raised penalties for companies that destroyed, altered or fabricated records to defraud shareholders. The law also enforced greater accountability among auditing firms. 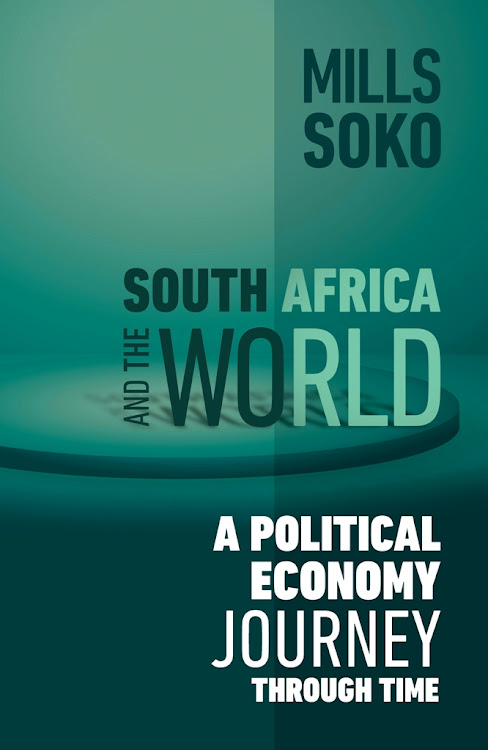 Enron was an extraordinary tale of the creation and destruction of value in a firm. As a business school educator, I always use the Enron scandal as a key reference point in my teaching or any discussion about business ethics. But I also draw on other cases globally and in SA.

Historically, SA has had its sizeable share of corporate wrongdoing. In their fascinating and well-researched book, Rogues’ Gallery, Matthew Blackman and Nick Dall recount 350 years of monstrous corruption in SA, dating back to the era of the Dutch East India Company.

The book dispels the myth that state capture in SA started during the Zuma presidency. In the postapartheid era, and before the Zuma era of state capture, the biggest corruption scandal in SA was the arms deal. Significantly, Zuma was also central to the scandal.

The arms deal was a multibillion-rand arms procurement programme undertaken by the ANC government in the late 1990s. It was plagued by corruption allegations that implicated some ANC officials and private companies. These companies included the French multinational firm Thales and the British arms conglomerate BAE Systems.

I wrote the first essay in this chapter (page 85) in response to the Gupta emails, which were leaked to the media. The emails gave a terrifying glimpse into the extent and depth of corruption and state capture in SA. They demonstrated conclusively that the scourge of corruption was deeper and more serious than was previously imagined. They put the Guptas, a family with close ties to former president Zuma, at the centre of extensive corruption networks involving high-profile businesses.

The most striking thing about the emails was the brazen and casual manner in which these corrupt transactions took place. What’s more, the emails confirmed an incontrovertible truth about the phenomenon of corruption: it always involves a corruptor and a corruptee. Though the corruption occurred in state institutions, it was enabled by private companies.

The Steinhoff corporate scandal, the subject of the second piece (page 88), was the biggest in SA history. It shook the SA business world and exposed serious systemic failures. Until it crashed Steinhoff, like Enron in the US, was for many years widely lauded as a symbol of corporate success; an SA firm that had defied odds to become a formidable global corporate behemoth.

What is often not mentioned in conversations about Steinhoff is that it is not only super wealthy investors such as businessman Christo Wiese who lost a lot of money. Millions of South Africans also lost billions of rand in pension funds. There is a human factor in the Steinhoff disaster that has not been sufficiently acknowledged.

A common denominator in the two pieces is the complicity of auditing firms in facilitating state capture and graft. KPMG was widely criticised for its involvement in the notorious SA Revenue Service (Sars) report and in the demise of the Venda Building Society bank. For its part Deloitte, which audited Steinhoff ’s statements, was accused of overlooking irregularities within the company before it crashed.

Debate about corruption has tended to focus almost solely on the receivers of corruption, rather than the purveyors.

For many years, SA has maintained a top spot in international rankings — such as the World Economic Forum’s global competitiveness index — for the strength of its auditing and reporting standards. The entanglement of these companies in corporate scandals has cast doubt on the integrity of the local auditing profession.

By and large, the discourse on corruption has been typified by Western hypocrisy and double standards. Debate about corruption has tended to focus almost solely on the receivers of corruption, rather than the purveyors. For example, Transparency International, which publishes an annual corruption index, has previously focused on identifying the most and least corrupt countries in the world. Though the index was useful, it told only one side of the story. In response, Transparency International now publishes a list of countries whose business executives are seen as the most corrupting — as opposed to countries whose officials are the most corrupted.

Multinational firms implicated in fomenting corruption include Siemens, Airbus, BAE Systems, Rolls-Royce, Halliburton and Semlex. The state capture phenomenon in SA has provided a stark reminder of the need to focus on both the receivers and the purveyors if corruption is to be eliminated.

It also bears noting that it is not only local companies that have fuelled corruption in SA; foreign firms have been equally implicated. To be sure, this was also the case with the arms deal scandal in the late 1990s. This shows that corruption, contrary to a common and widespread perception, is not wholly — nor even predominantly — a scourge in the developing countries. It is also a cancer in the developed world.

Of course, there are numerous companies that do not perpetuate corruption. Nevertheless, there is still a great deal of it to raise alarm. The conduct of corrupt firms casts a shadow over the whole corporate world. And it generates societal trust deficit and antipathy towards corporations.

There are several causes of this corporate malady, including excessive materialism, greed, short-termism, as well as the absence of ethical citizenship. These are not easy problems to solve. But we cannot just shrug them off as being an essential part of capitalist corporate DNA. There needs to be an ethical reformation and all societal actors must play their part — including corporate executives,  business schools, the media and civil society. 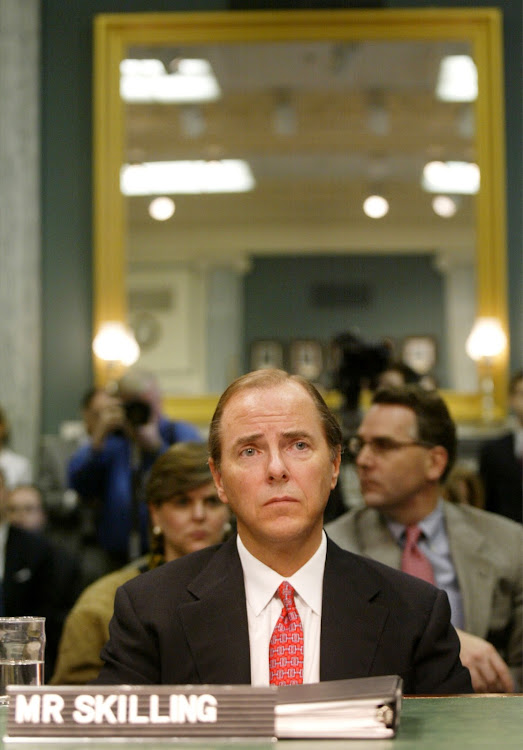 Former president and CEO of Enron Corporation Jeffrey Skilling listens to testimony before the Senate Committee during the investigation into the collapse of the Enron. Picture: MARK WILSON/GETTY IMAGES

Corruption cannot be assessed unambiguously. This is because there is no single factor that is wholly responsible for the corruption phenomenon. It is a product of several and interrelated factors, including professional ethics, legislation, the political and economic milieu, as well as ethnological factors such as social norms and traditions. As such, tackling corruption requires different approaches, including tightening laws, imposing fines against and giving more public exposure to perpetrators and changing social attitudes.

As a business school educator, I have often been asked if business schools could do more to contribute towards fostering a heightened ethical corporate milieu. This question stems from the debate that ensued on business school campuses in the wake of the Enron scandal. Business schools, especially in the US, came under severe criticism for having been complicit in laying the foundation for financial greed and ethical lapses to grow in corporations.

In his book, Leading With Purpose, Richard Ellsworth contends that the seeds of the destruction of firms such as Enron were sown at prominent American business schools. The notion that the most important goal of business was to maximise shareholder wealth pervaded the curricula of numerous schools. This notion, he says, created a foundation that built upon greed, and encouraged people to put their own financial interests ahead of the public good.

The Enron scandal, and corporate misdeeds at other firms, also put an unflattering spotlight on the cosy relationship between business schools and companies. These schools, and their faculty members, benefited from the largesse of companies they were associated with. This, critics pointed out, created a conflict of interest and resulted in a situation where some faculty allowed their own intimate ties and financial dealings with firms to taint the manner in which they wrote and taught about the corporate world.

The Enron collapse prompted a wave of ethics training across business schools. It sparked widespread recognition that business ethics begins at the top. Most business schools now teach ethics, either as a full course or incorporated into other courses.

My view is that business schools have an obligation to provide instruction in ethics. This does not mean teaching students the right thing to do. It is about providing them with the tools and skills to reflect on their values and decision-making. It is about enabling them to learn about their ethical and legal responsibilities in organisations and society. Business ethics teaching should help students with the development of their personal values and moral ideas, introduce them to the wide array of moral problems facing society and the world and provide with them with opportunity to grapple with problems of applied business ethics.

Also, there needs to be a fundamental change in the way business education and corporate executive training are presented. In the past, these were concentrated solely on imparting business skills. This is because wider social expectations of business were low. Business was exclusively focused on business. This has changed in the complex and interconnected contemporary world, which demands a greater depth of knowledge and wisdom that transcend professional business acumen.

Of course, this does not imply a diminution or jettisoning of business expertise — the preoccupation of business schools. Undoubtedly, professional management is essential to business success. However, if they are to be effective, corporate executives also need to possess an ethical mooring, and a commitment to citizenship.

Cultivating an ethical compass as well as authentic citizenship requires the business executive to have intellectual curiosity, knowledge and wisdom to confront complexity and make decisions in the face of intractable problems. Such knowledge and wisdom cannot be derived from a conventional business syllabus, but from other disciplines such as history, literature, linguistics and philosophy.

In the globalisation age, business cannot be separated from politics, culture and ethics. More than ever, the world needs more, not less, socially-minded corporate leaders. Business education and leadership learning in the 21st century, therefore, must emphasise not only on professional and technical skills, but also human and social qualities.

South Africa and The World : A Political Economy Journey Through Time by Mills Soko. Published by Tracey McDonald Publishers. Available online and in all good book stores. RRP: R330.

Can you change human behaviour in an MBA classroom?

My Brilliant Career: Respect for people and team work makes for healthy ...

CHRIS THURMAN: No artistic spark among political parties, when fire is needed

My Brilliant Career: Respect for people and team work makes for healthy ...

CHRIS THURMAN: No artistic spark among political parties, when fire is needed