Lisbon shrugs off Covid-19 blues as tourists trickle back 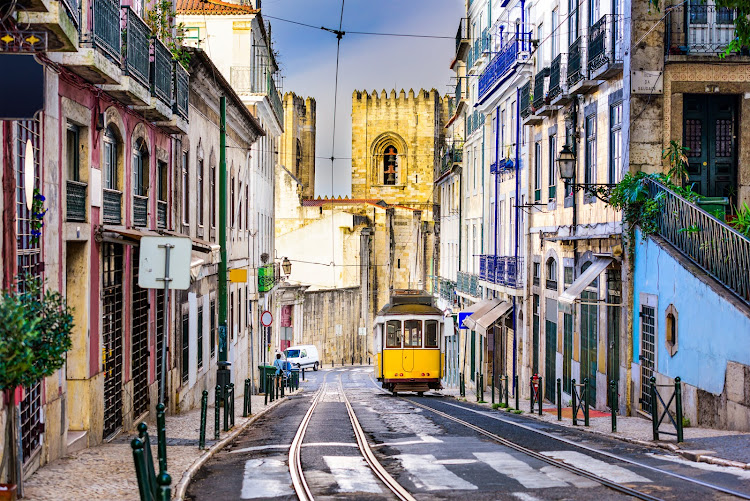 Hop on one of Lisbon's many trams. Picture: 123RF/SEPAVO

On a Tuesday morning, about a dozen people wait for tables outside Zenith, a trendy restaurant in downtown Lisbon that serves brunch and cocktails all day, every day. The spot was popular with tourists before the pandemic, but now locals come, too; it is one of the rare spots that stayed afloat around Avenida da Liberdade, the city’s answer to the Champs-Elysees. Nowadays, Zenith serves as both a reminder of 2020’s casualties and a sign that Lisbon is finally coming back to life.

Portugal has had an exceptional vaccination rollout. More than 84% of its 10-million population has been fully vaccinated, one of the world’s highest rates. Normalcy is thus setting back in. Even nightclubs and bars reopened their doors to the public in October for the first time in 30 months, for those with negative Covid-19 tests or vaccine passports.

Foreigners are welcome if they can produce a negative PCR test, a vaccine card, or proof of Covid-19 recovery — simple-to-navigate terms that have attracted many visitors. From June to August, they numbered 1.5-million, tripling figures from the same period a year earlier, according to the National Statistics Institute. It is still a far cry from summer 2019, when the Portuguese capital hosted 4.5-million foreign visitors, but this is a far more manageable figure for a city that had previously grappled with issues of overtourism.

That means fewer crowds for a city with few remaining public health measures. Masks are required only in certain indoor spaces, including public transit, theatres and museums, but not in most restaurants. Even that may ease soon if the country’s vaccination rate rises further and the number of infections continues to fall, Rita Marques, the country’s secretary of state for tourism, said.

“The success of Portugal’s vaccination campaign has placed the country in an enviable position when it comes to tourism,” Raul Martins, head of Portugal’s Hotel Association and owner of the Altis hotel chain, explains. “Bookings are increasing by the hour.”

Here is what to expect in Lisbon, whether you are taking advantage of the city’s relative quietude or looking towards a future trip.

Lisbon’s culinary scene had been growing at a rapid clip before Covid-19 became a household name and temporary closures became months-long ordeals; many restaurants have shut permanently. For those that adapted to the ever-changing rules, the monumental struggle is finally paying off as milder autumn temperatures and vaccines bring Lisbonites out of hiding.

Belcanto, the first restaurant in town to be awarded two Michelin Stars, is a case in point. “We’re almost fully booked for dinner in October, and a lot of bookings are coming in for November and December,” says chef Jose Avillez, whose rise to stardom about a decade ago helped contribute to Portugal’s tourism boom. “Things are picking up.”

In Bairro Alto, a bohemian neighbourhood atop one of Lisbon’s seven hills, the cobblestoned streets are often packed with outdoor diners at wooden tables, including those at Sinal Vermelho, a temple to the Portuguese staple bacalhau (cod). In the nearby Chiado district, one of the city’s most exclusive residential and shopping areas, it is common for restaurants to be taking reservations a week or two in advance. It is where you will find Bairro do Avillez, a multirestaurant venue by the aforementioned chef. Of its four distinct concepts — taberna (tavern), pateo (terrace), pizzeria and gastro bar — the latter is most interesting. Called Mini Bar, the dimly lit space hidden inside an old chapel serves such inventive dishes as tempura avocado with dehydrated kimchi or foie gras with candyfloss. 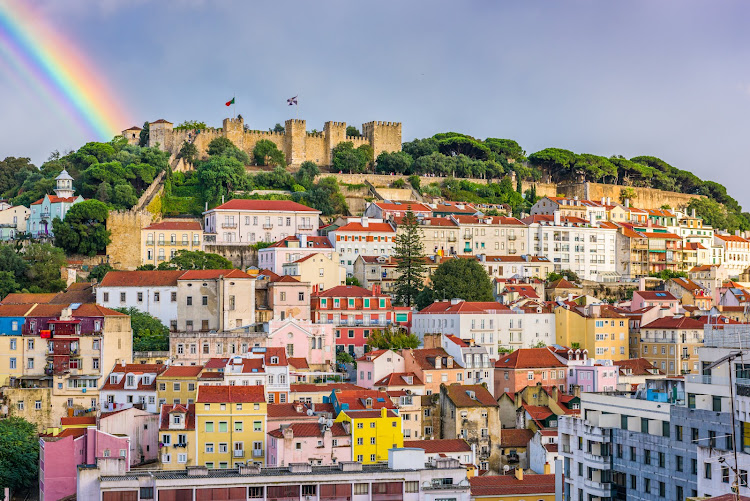 Some places that commanded daunting wait times before the pandemic are now far more accessible, such as the seafood-and-beer institution Cervejaria Ramiro. If people used to queue for an hour or more to order garlicky grilled lobsters and prawns, they have lately been attainable in less than 20 minutes. (It is anyone’s guess how long this will last.) As for the next big thing, it is whatever the Amorim Luxury Group is working on.

Owned by one of Portugal’s wealthiest families, the retail-centric lifestyle company now owns two of the most glamorous restaurants in Lisbon: JNcQUOI Avenida and JNcQUOI Asia. (Each is pronounced as the French Je ne sais quoi — “something indescribable”) The former is in a converted theatre with a 500-bottle wine cellar, a clothing store and a dining room for fashionably light meals offered around a full-scale dinosaur skeleton.

Foreign tourists are returning in droves to Lisbon, and many cultural and shopping venues are fully prepared to greet them.

If you are still Covid-19-wary: Lisbon and its sprawling hills offer multiple scenic escapades. To get a sense of the city, start by making your way up to the miradouro (viewpoint) of São Pedro de Alcântara, which is ordinarily not very crowded and offers great views of the Castelo de São Jorge (St George Castle) and the city centre. From there, you can walk to Praça do Comércio, the city’s grandest riverfront plaza. Take a seat at Café Martinho da Arcada, which has been operational since 1782 and whose regular guests included Fernando Pessoa, Portugal’s most famous 20th century poet. Notwithstanding its renown, outdoor tables make it an atmospheric spot for people-watching and consuming pastéis de nata (egg-custard tarts).

If you need a gentle re-entry: Visit the Calouste Gulbenkian Museum, which features one of the biggest collections of 20th century Portuguese art, surrounded by a garden with a variety of sculptures that is open year-round. Until January 10, there is an indoor exhibition dedicated to Georges Remi, known by the pen name of Hergé, who is famed for creating The Adventures of Tintin.

You can also visit the Lisbon aquarium, one of Europe’s largest oceanariums, whose long, wide corridors provide enough space for social distancing; a new immersive installation called “One” uses original video footage and light projections to make viewers feel as if they are standing on the ocean floor, while outdoor experiences include dolphin-spotting boat rides along the adjacent Tagus Estuary.

If you want to pretend the pandemic never happened: Enclose yourself in a tram with a bunch of people, and you might be rewarded with exceptional views. The No 28 is an especially good choice: its historic cars go over the hills and medieval streets of Lisbon, passing by such sights as the Basílica da Estrela and Mosteiro de São Vicente. Don’t forget to wear a face mask or to hide your wallet from pickpockets — and hold on tight, as the route is steep and the trams halt abruptly.

Other ways to get into the thick of Portuguese culture: a night at the scenic Sky Bar atop the Hotel Tivoli on Avenida da Liberdade, or tickets to the December 4 concert by contemporary fado sensation Mariza, who will send shivers down the spines of 10,000 fans when she performs at Campo Pequeno, a former bull ring.

How to get around

While Lisbon is easily strolled, there are other options to get around the city’s steep hills and narrow streets without compromising on Covid-19 safety, and your calves will thank you for the break. A variety of electric scooters and go-peds are available to rent for as little as €19 (R323) per day through the Bolt app. (Helmets are not provided.) You can also hop on one of the dozens of tuk-tuks parked around the city centre; they can take you along the narrow streets of the city, through some of the oldest quarters that are impossible to navigate in a normal car. If you want to hail a taxi or use ride-sharing apps, expect some — but not all — cars to contain plexiglass barriers.

Most Lisbonites are back using the subway, which remains the cheapest and perhaps the most efficient option to travel across the city. It gets crowded at rush hour, but mask-wearing compliance is good. In theory, you can be fined as much as €1,000 for going maskless, but the penalties are rarely imposed.

Though restaurants are now back to full capacity, guests are expected to wear masks when not seated. (Servers wear them, too.) As on public transit, locals tend to comply. Fines await those who don’t, though you are likely to get a warning first.

Before the pandemic, it was common for people to greet one another with one or two kisses on the cheek, a hug, or a handshake. These days, a hello wave or fist bump will do. More cautious elbow bumps have fallen out of favour — just another sign that the Portuguese capital is ready to move on from the pandemic.

Be tolerant, as fairness is in the eye of the beholder

Be tolerant, as fairness is in the eye of the beholder