‘Lie flat’ to escape the rat race, but be ready to pay the price 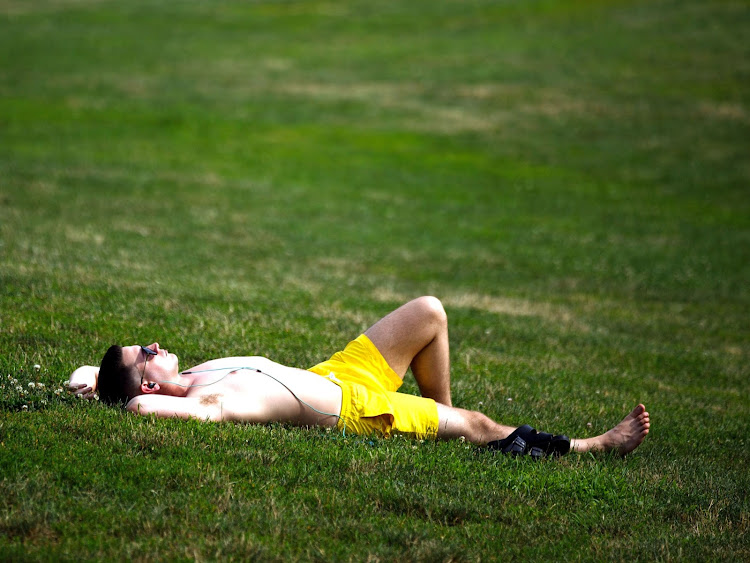 The new “lie flat” social protest movement seems to be catching on. It started among overworked Chinese factory workers burnt out from gruelling 12-hour, six-day work weeks, and the unrelenting pressure from the government and society to climb the economic ladder. So some Chinese millennials formed an underground movement to opt out of work and the pressures of society.

Never ones to miss a chance to cry hardship, upper-middle-class, well-educated young Americans are also getting in on the action, claiming they, too, are burnt out and quitting their jobs to do nothing. What this trend will mean for China is unclear, but Americans who choose to lie down in lieu of work may end up worse off than they think.

It’s hard to know exactly how many Americans are lying flat. The labour market is behaving strangely. Quit rates are at their highest level in more than 20 years. Normally that would be welcome news because Americans have been changing jobs less frequently over the years, which was contributing to wage stagnation. Wages often increase when people change jobs. But the high quit rates could signal a less dynamic economy this time. Unemployment is high and many jobs are unfilled.

What’s even stranger are the many reports of burnout from people early in their career. High-powered jobs, such as banking and law, are scrambling to keep their young workers from quitting. According to a survey from the New York Federal Reserve from July, 2.3% of Americans under 45 are planning on leaving the labour force, compared with just 0.9% of Americans over 45. There was a time when ambition was admired, now opting out of a career garners 400,000 likes on Twitter.

Some labour economists speculate that many out-of-work Americans are taking their time to find new, better careers

Some labour economists speculate that many out-of-work Americans are taking their time to find new, better careers. They’ve been enabled by high unemployment benefits and stimulus payments that left them flush with savings and nowhere to spend it. There are also many anecdotal stories of Americans of all income and skill levels taking time to rethink their relationship to work. Not all are lying flat. Some are taking this time to learn new skills that will launch a better career with higher pay and upward mobility. Those people may come out of this labour market in a better place, but the ones who are opting out altogether suggests a worrying trend.

In some ways it’s surprising to see Americans rising up against the cult of work and disparaging the idea of a career that defines them. True, the pandemic forced people to reassess their lives, and the combination of work and child care left many exhausted and demoralised. But, unlike Chinese factory workers, people in the developed world have never worked so little. One study estimates that between 1965 and 2003, American men gained an extra six to eight hours of leisure time a week; women gained four to eight. And since 2003, leisure time has increased further.

Americans may feel overwhelmed, perhaps by modern technology or more family obligations, but they’re not actually working harder than previous generations. So why lie flat now? It could be that work is much less pleasant when you don’t get to socialise with colleagues. Or perhaps blurring the line between work and home this past year made work feel inescapable. Some realised hard work is not for them. But that choice is a luxury they may come to regret.

How to find your mojo again in these trying times

Compassion and thinking of your problems as external, transient and finite can help you begin to see them as potentially controllable
Life
2 months ago

Many of the lie-flatters will probably return to work eventually; they will run out of money or get bored. But the length of their sabbatical will be important because the longer it goes on, the more it will cost them. Historically, most of the pay increases you’ll experience in your career occur before age 45. The skill development and networking that happens in your 20s and 30s set up your career for life. Work is hard when you start out, but you reap the benefits for decades. That makes your 20s and 30s a terrible time to have a midlife crisis.

The economy is undergoing a big transition. Technology and globalisation were changing the economy before the pandemic, and the aftermath will speed up those trends. This will create winners and losers among those who can embrace and benefit from the change. But it will be a messy and unpredictable process. One group that will certainty lose out is the people who opt out entirely.

Confronting the underlying issues can allow us to plot a healthier, more sustainable course
Life
3 months ago

Covid-19 has treated the wealthy differently, and many, well below usual retirement age, are asking ‘Does it all matter as much as you think it does’
World
5 months ago
Next Article