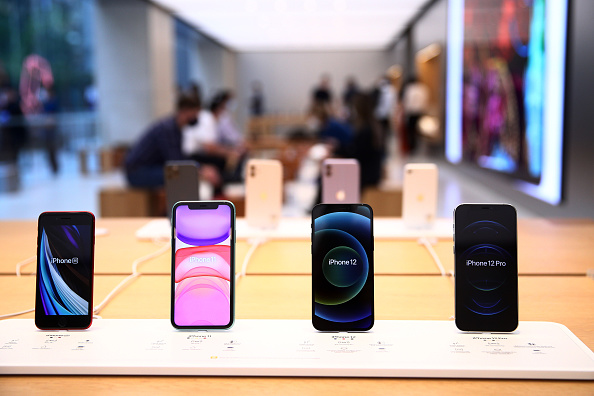 For iPhone 12 owners, the new iPhone upgrade might not be worth it. Picture: GETTY IMAGES/WIRE IMAGES/DON ARNOLD

For the more than 1-billion iPhone enthusiasts worldwide, no product unveiling is more anticipated than Apple’s annual reveal of its newest line-up of smartphones. Except for maybe this time.

On Tuesday, the Cupertino, California-based company introduced four iPhone 13 models with some minor enhancements, including a faster processor, better camera, longer battery life and nicer displays. They are similar in design to 2020’s phones, other than a smaller notch for the front-facing camera on top of the screen, and they start at the same price points.

The two Pro phones will also have a higher quality video-recording feature and a smoother scrolling display that updates more frequently, with the ability to expand storage to one terabyte — double the capacity of the biggest option in 2020.

After 2020’s big 5G upgrade, the incremental nature of 2021’s improvements may be a let-down to some and offer little incentive to upgrade. Should you, though? It depends. For iPhone 12 owners, probably not. Again, 2020’s release already has the higher-speed fifth-generation wireless capability. Because the latest models lack any “must-have” new features, it is not worth the hassle to switch. But for users with an iPhone 11 or older, buying the iPhone 13 may be worth it, especially if you can get an attractive trade-in deal from a wireless carrier.

Spending a few hundred dollars to get access to the speedier 5G networks and snappier experience of the latest chips is a good proposition. It is also a no-brainer for social media creators and influencers: they need the latest video and photo features to stay competitive with their peers. And the extra space of the new one terabyte option will be helpful for the weighty storage demands of digital content.

But the overall picture for iPhone 13 demand may be mixed for the coming year. Surveys show consumers are less inclined to spend big money for minor feature additions. And they are holding their current phones longer. Last week, Piper Sandler published data that showed a considerable lack of interest for Apple’s next-generation smartphones. According to the firm’s survey of 1,000 Americans, only 6% of the respondents said they planned to buy the iPhone 13 in the coming months, down significantly from 10% in 2020. The average iPhone age for the respondents also rose to 2.6 years from 2.3 years a year earlier.

The bad news for Apple is that many consumers may now believe the best iPhone is already in their pockets. The technology giant needs to do better than a smaller notch to get them to think otherwise.

Steve Jobs’s successor has, in a decade, propelled the firm to become the first $1-trillion and $2-trillion company
Opinion
11 months ago

The feature drew fierce criticism from privacy advocates, who feared it could set the stage for other forms of tracking
Companies
11 months ago
Next Article