August 8  — The Olympic flame is seen during the closing ceremony at the nearly empty Olympic Stadium in Tokyo, Japan. According to AP, the official price tag for the Tokyo Olympics was $15.4bn, which a University of Oxford study says is the most expensive on record. 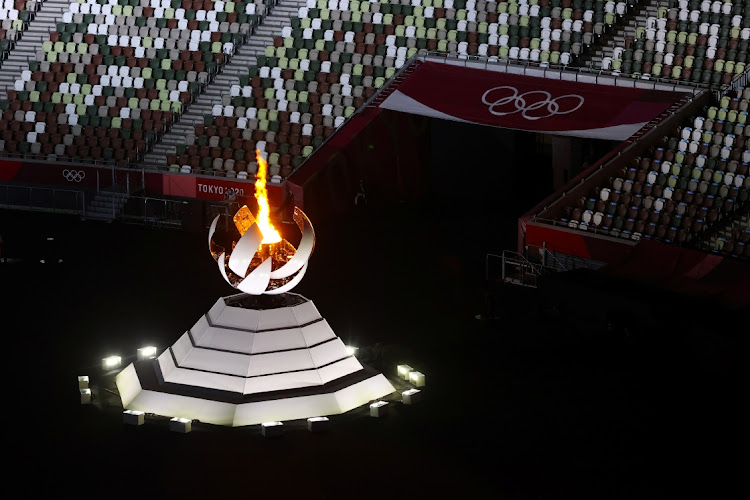 August 9 — Fans await the arrival of Lionel Messi in Paris before his expected signing for French club Paris St Germain. Messi said talks with FC Barcelona, where he has played since the age of 13, had broken down though he did everything possible to remain with the club, including offering to take a 50% pay cut. 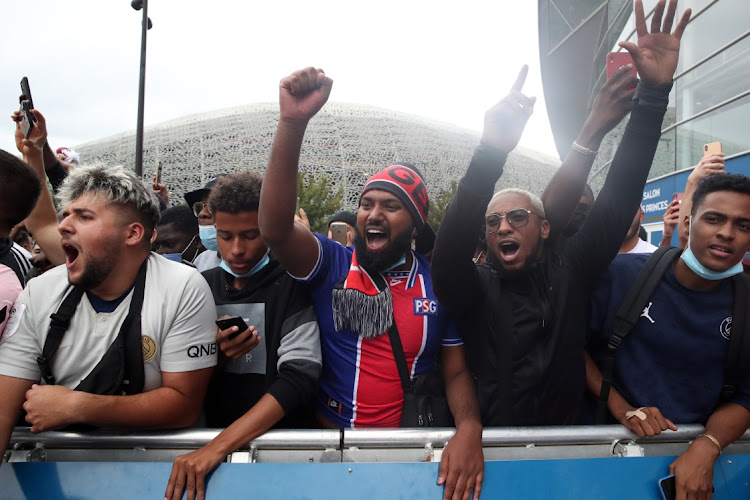 August 8 — A volunteer reacts as a fire burns in the village of Galatsona, on the island of Evia, Greece. 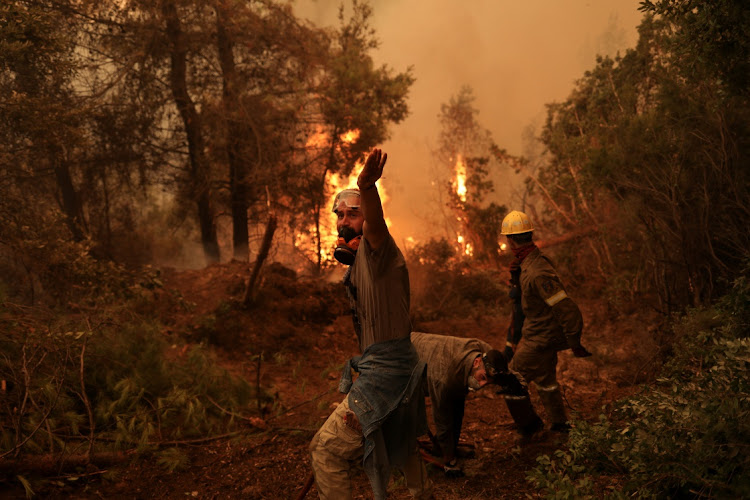 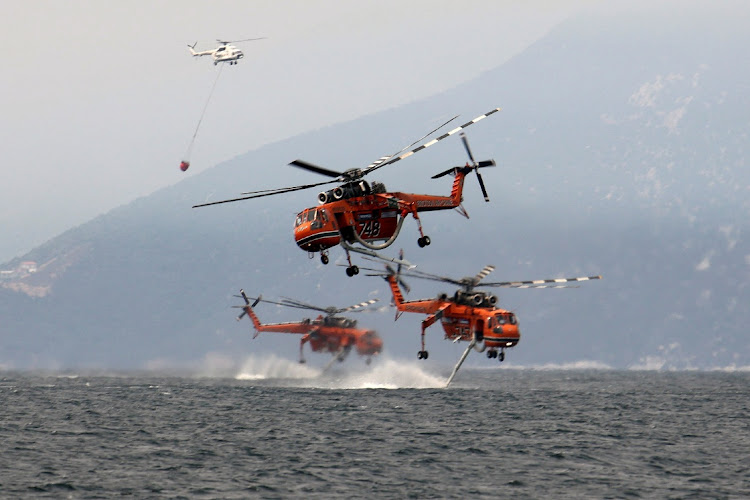 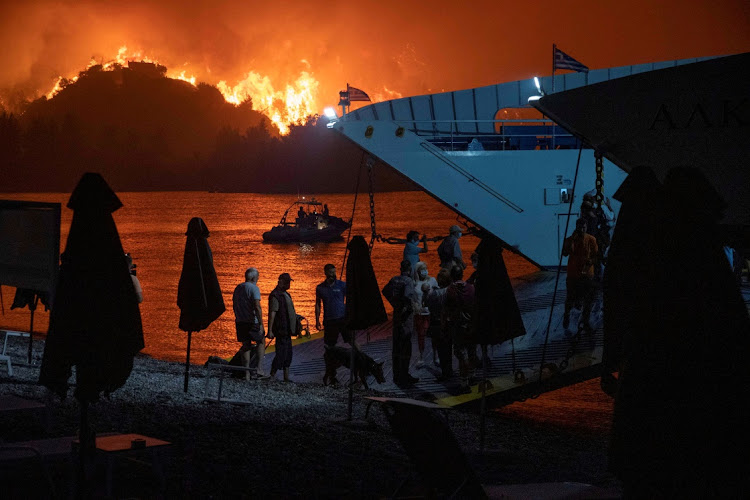 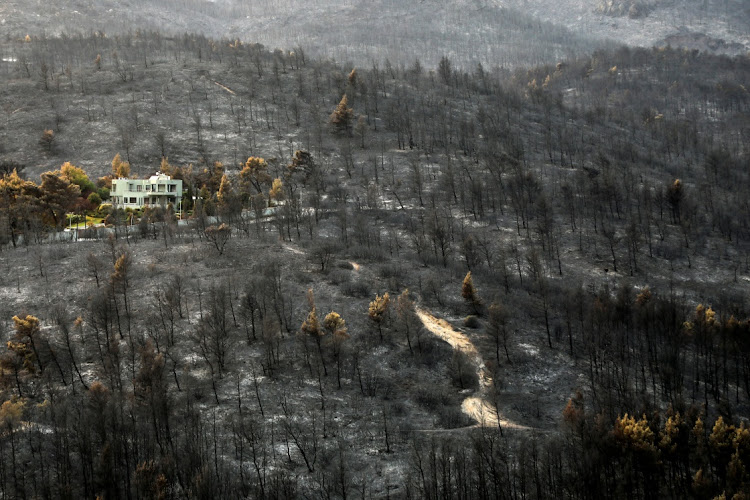 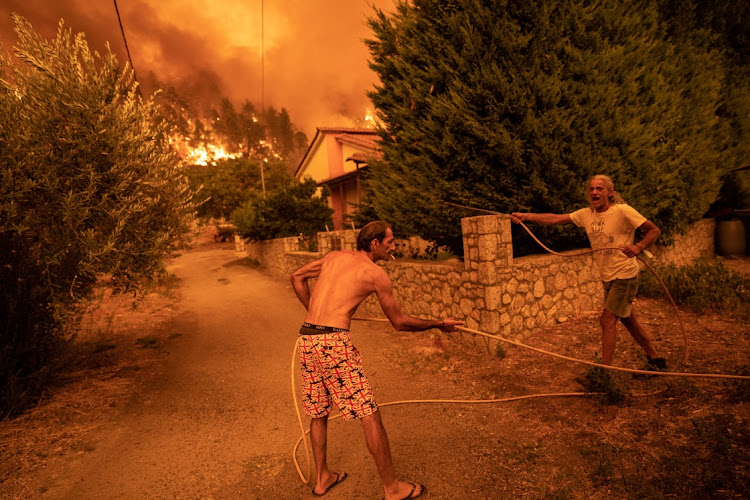 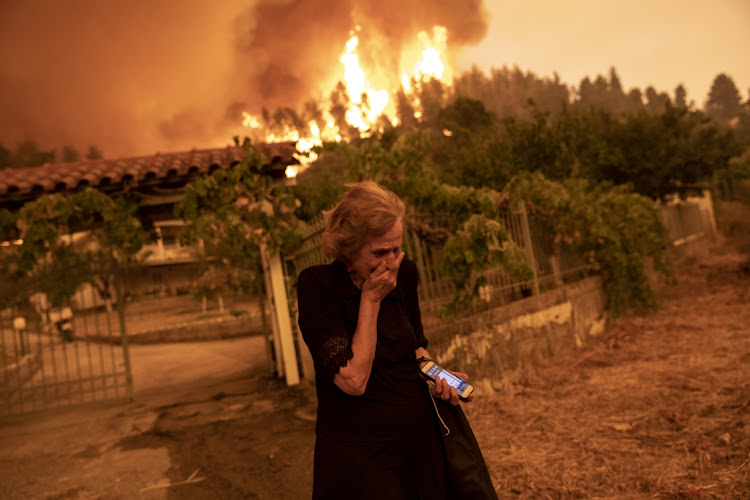 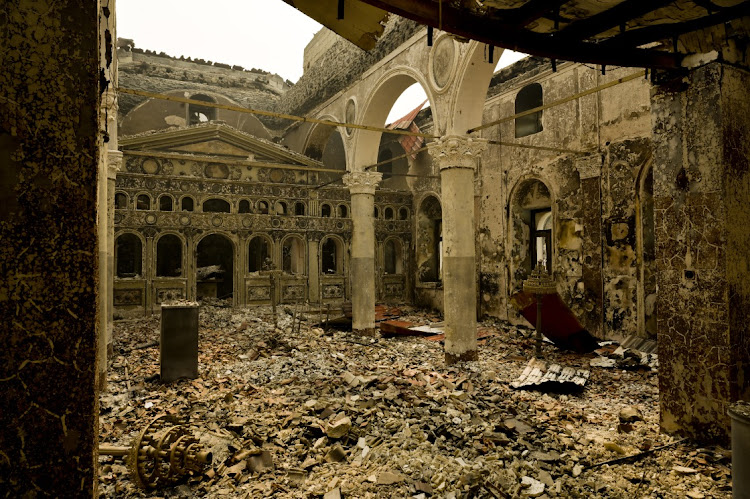 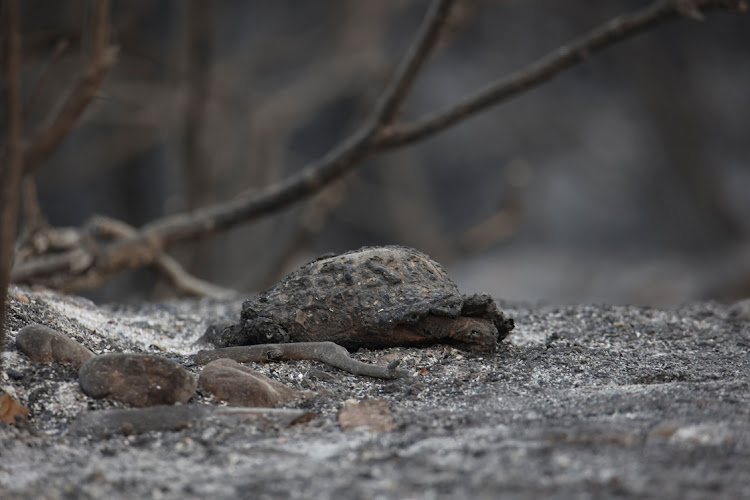 August 8 — Men ride horses during a rally to support the army and to condemn the expansion of the Tigray People Liberation Front (TPLF) fighters into Amhara and Afar regional territories at the Meskel Square in Addis Ababa, Ethiopia. 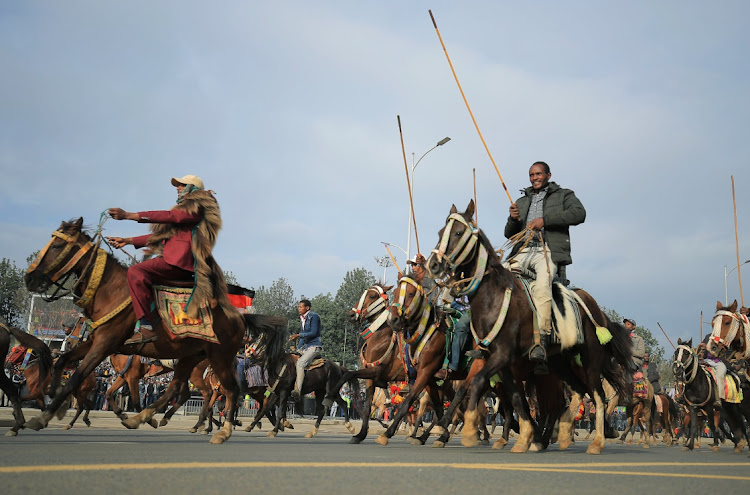 August 8 — People stop to look at artwork believed to be created by Banksy in Great Yarmouth, Britain. 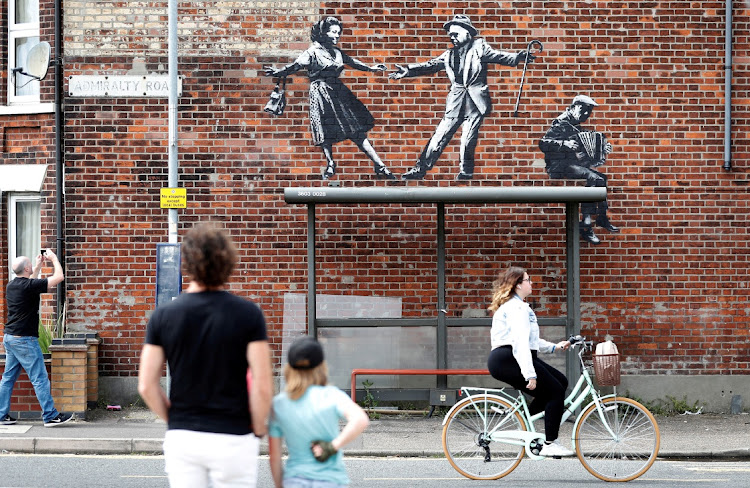 August 10 — A child from Afghanistan’s northern provinces, who fled with his parents from their home due to the fighting between Taliban insurgents and security forces, sleeps in a public park that his family use as shelter in Kabul. 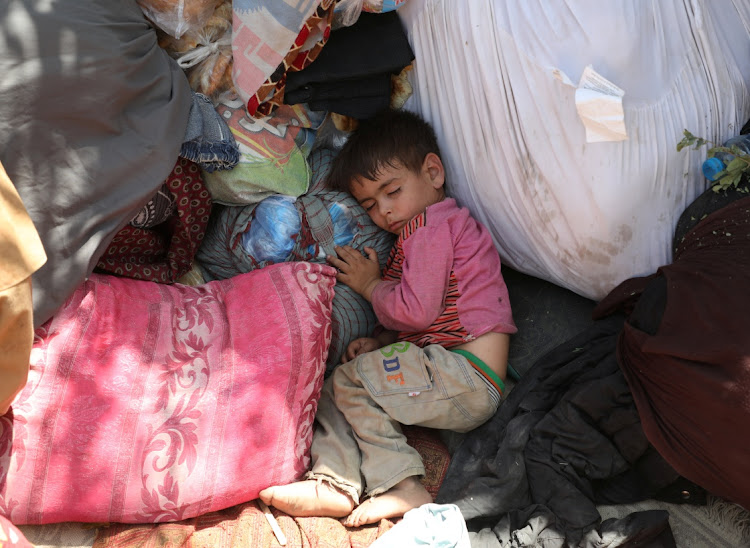 August 10 — New York governor Andrew Cuomo arrives at his helicopter after announcing his resignation, in Manhattan, New York, the US. Cuomo bowed to pressure to leave office or face impeachment in the face of multiple sexual-harassment allegations and a damning report by state attorney-general Letitia James that he behaved inappropriately with 11 women. 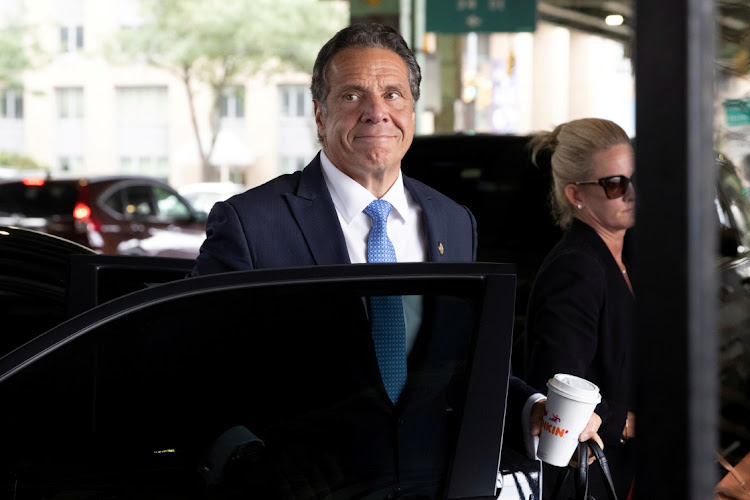 August 10 — Melted outdoor lighting is seen in Greenville, California, US. California’s largest single wildfire in recorded history continued to spread this week after destroying more than 1,000 buildings and leading to evacuations. 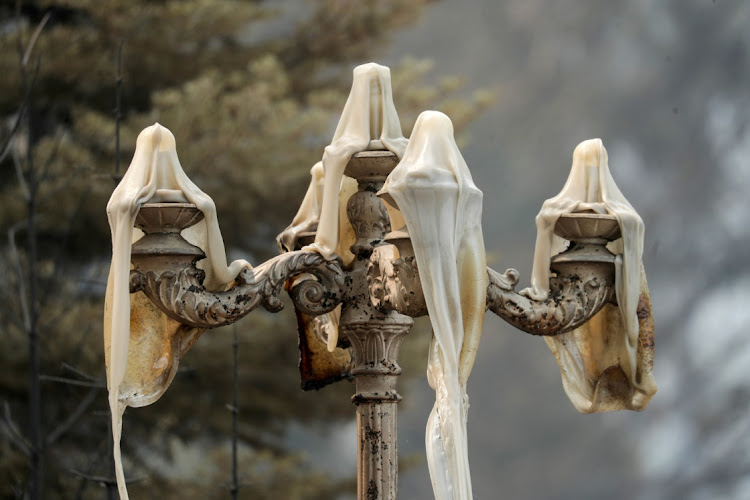 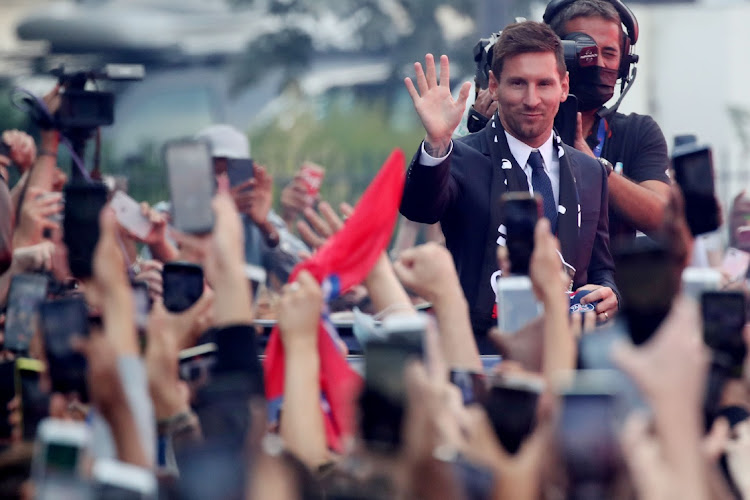 August 11 —  President Cyril Ramaphosa testifies before the Zondo commission in Johannesburg on Wednesday. He told the state capture inquiry that he chose to “remain but resist” rather than resign as deputy president when allegations of widespread corruption surfaced. 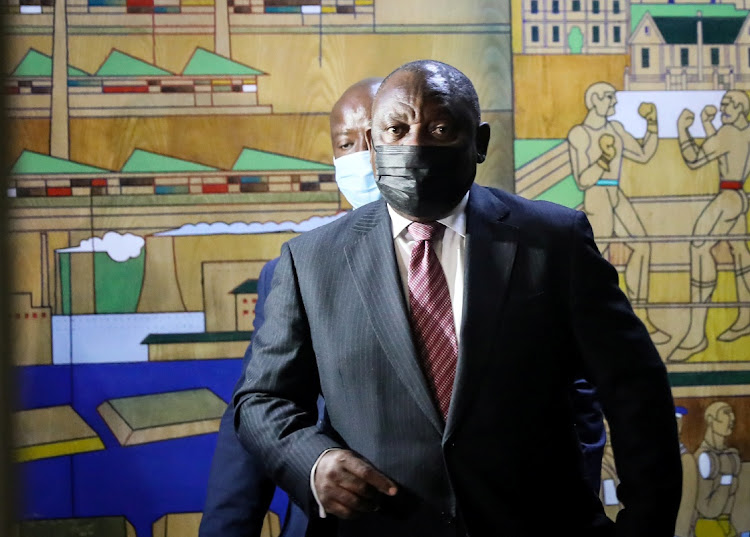 August 11  —  A protester is seen walking past a burning police vehicle below the express way during a clash at Din Daeng Intersection in Bangkok, Thailand. The latest rally came after a string of protests in which activists clashed with police, despite Covid-19 cases remaining at record highs. 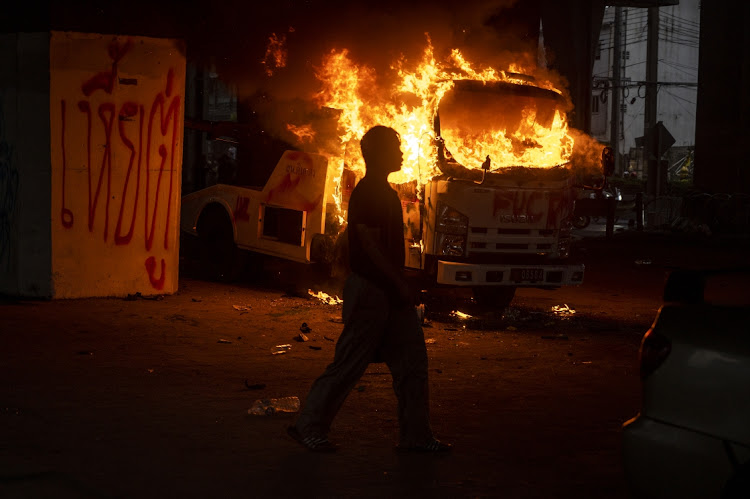 August 12 — Members of the Active Citizens Movement protest outside the state capture inquiry in Johannesburg on August 12 2021, calling for more protection of whistle-blowers. At the inquiry, President Cyril Ramaphosa stressed the importance of strengthening whistle-blowing legislation. 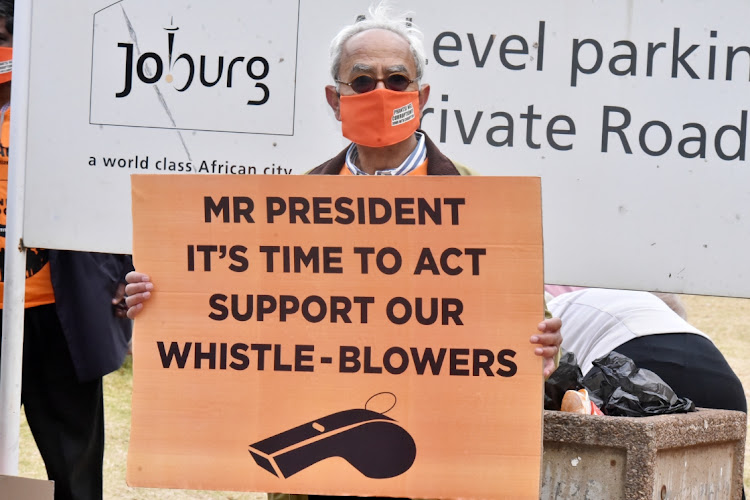 August 12 — Displaced Afghans from the northern provinces are evacuated from a makeshift IDP camp in Share-e-Naw park to various mosques and schools in Kabul, Afghanistan. 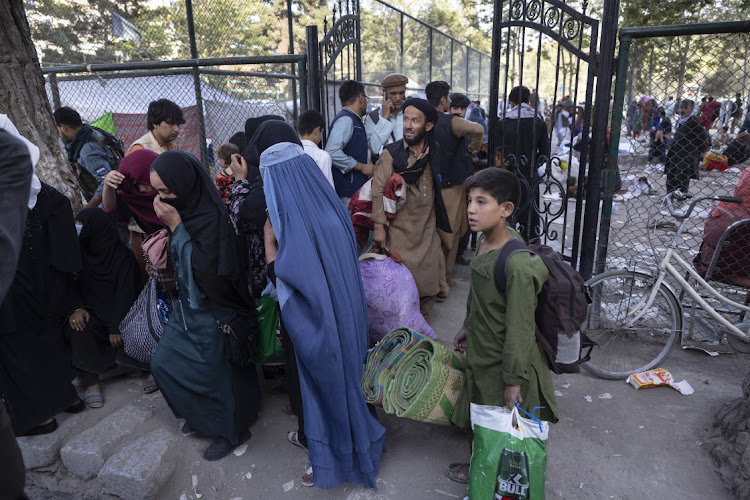 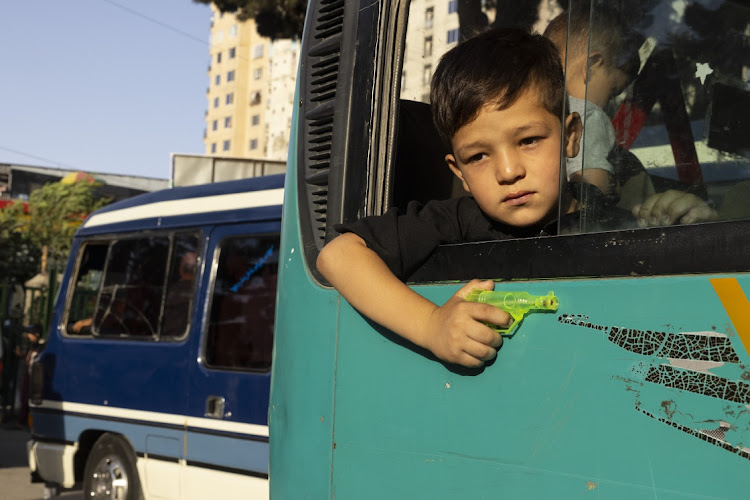 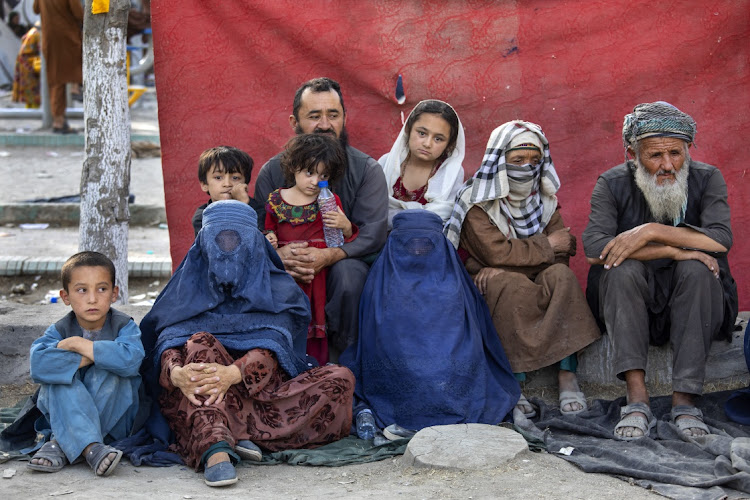 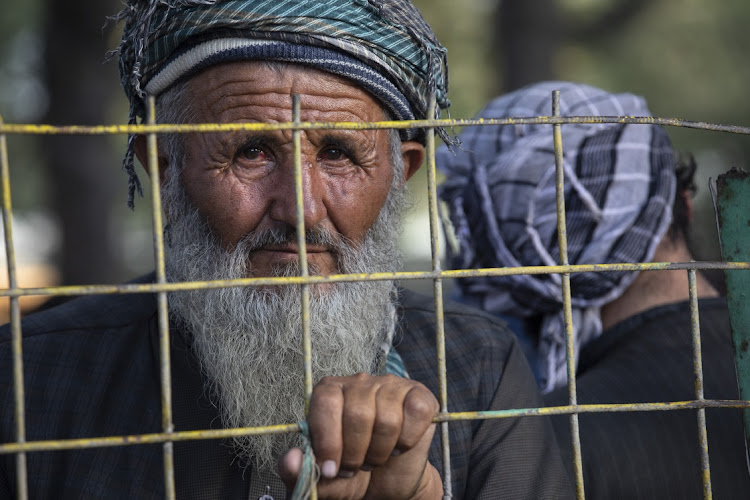 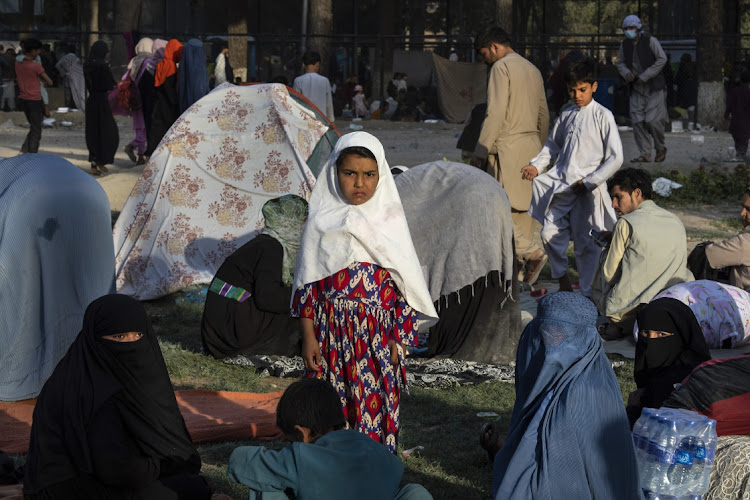 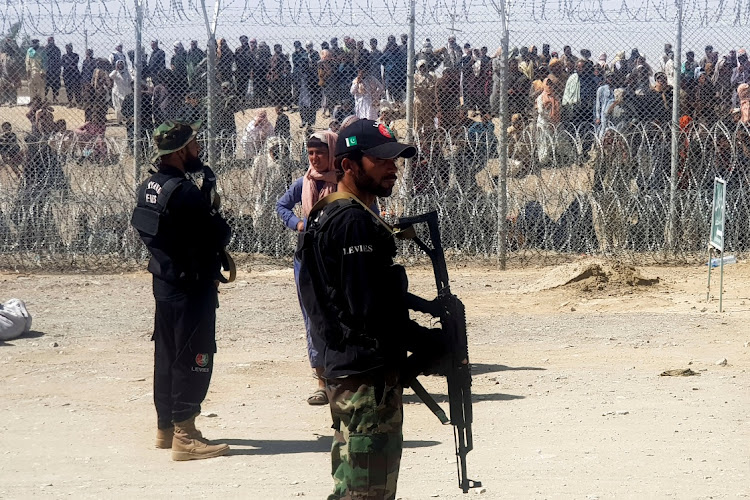 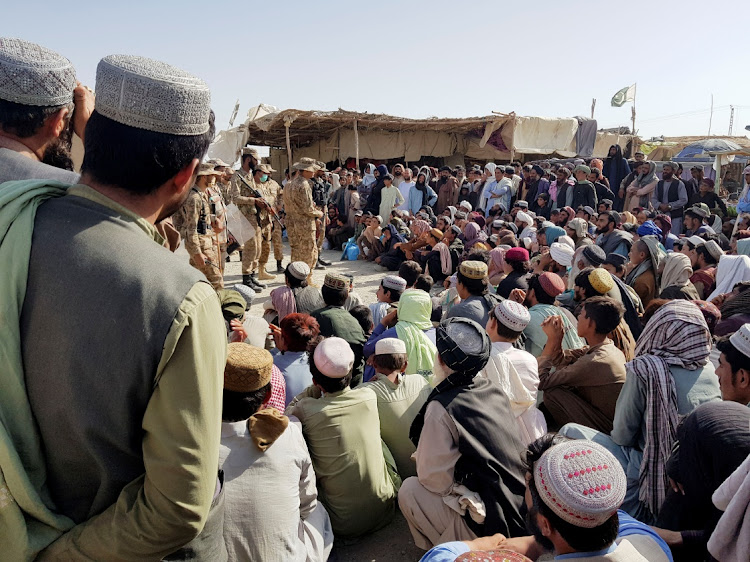 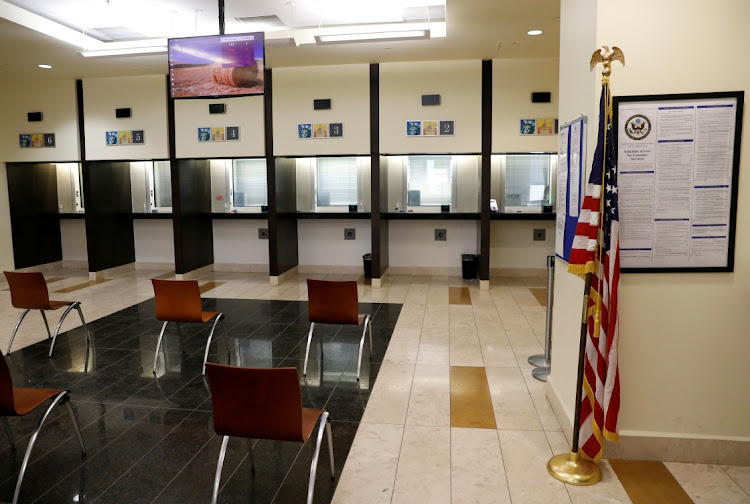 August 12 — A healthcare worker goes door-to-door signing refugees up to be vaccinated in a Rohingya refugee camp in Cox’s Bazar, Bangladesh. Nearly 48,000 Rohingya refugees will be inoculated with the help of the UN agencies. 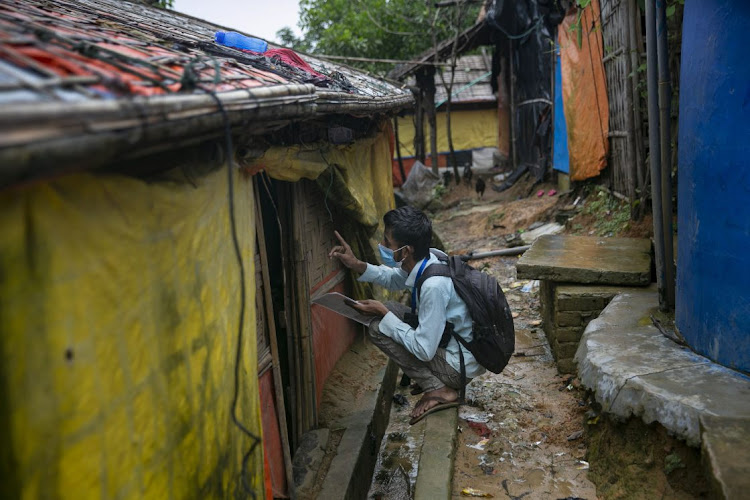