From genetic engineering to discovering intelligent life on other planets, ridiculous science fiction might just await us 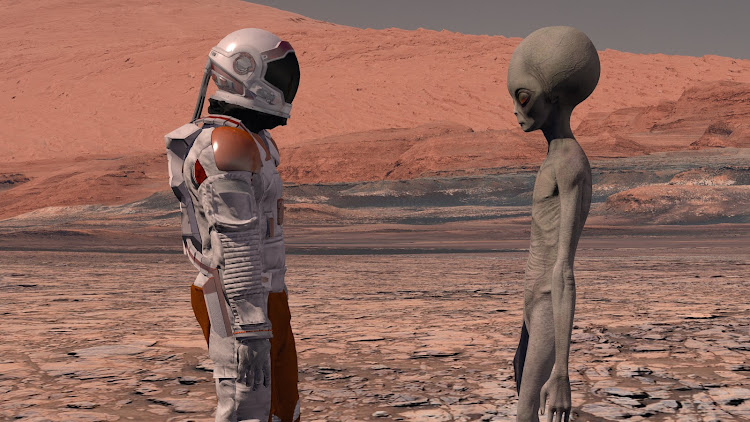 How weird is the future going to be? Just a little bit — or plain flat-out radically unthinkably weird? And is this future 1,000 years from now — or 100?

The notion that the future will be weirder than we think, and come sooner, is a possibility raised by Holden Karnofsky, the co-CEO of Open Philanthropy. It’s an intriguing and provocative idea.

One complicating factor will be different forms of genetic engineering. As genomics progresses, we will be able to alter the future course of humanity. The simplest method is embryo selection, by which parents can choose a boy rather than a girl, or a child with some characteristics rather than others. Our ability to do this will become increasingly precise. More direct forms of genetic manipulation will likely be feasible as well.

Perhaps most parents will not want to do this, aside from protecting their children against potential birth defects. But clearly some parents will, and so humanity will be divided into groups with different genetic histories. That has not happened in the recent history of humankind.

You might think that is not an especially sound idea. But if it can be done, odds are that someone will do it

Another very real possibility is that longevity research is fruitful. It now seems increasingly possible that we can tinker with various biological “clocks” to extend lifetimes and slow down ageing. Longer life expectancy is hardly new, but this too would represent a fundamental break. There could be many people who live well past 100 years old, and without major health problems.

Assuming that these advances do not spread to all people at once, again the world will be divided. Some will pursue the goal of “escape velocity”, trying to live long enough so that new cures for their impending death will be discovered.

Along the way, neural engineering might give us the power to move and alter physical objects just by using our minds. This is already possible with monkeys, albeit in limited fashion.

It is likely that we will have definitive evidence of intelligent life on other planets, as our ability to search for chemical and electromagnetic extraterrestrial signals has been increasing steadily. Imagine a future where we learn we are not alone in the universe, even if alien life remains at a great distance. Some Nasa scientists predict signs of alien life will be found by 2025.

At some point we will have the capability to create self-replicating space probes. We’ll send them into space and try to seed life throughout the galaxy, thereby making us godlike along at least one dimension, even if success takes millions of years. Some future Elon Musk will do it, even if no government does.

Alternatively, we might create additional life forms right here on Earth through artificial general intelligence. You might think that is not an especially sound idea. But if it can be done, odds are that someone will do it. The secondary consequences of such advances are difficult to forecast, but they would probably change many different facets of human life, most of all our jobs. Creating new and original biological life forms also could happen, and it might radically disrupt many of our ecosystems.

If we do actually hear from an alien civilization, should we send a message back or stay silent?
Life
1 year ago

More speculatively, there is the slight possibility that aliens will visit Earth and reveal themselves. Given the recent US government report on UAPs (the term for what used to be called UFOs), I give this at least a 1% chance of already having happened.

Just imagine if all or most of those developments came together over a period of several decades. It is no longer ridiculous science fiction to expect this.

Even if you put aside the UFOs, these changes are far more radical than those that occurred between 1921 and today. Compared to 1921, we are much wealthier and more secure — but a lot of basic structures of the world remain broadly the same. I don’t think that much of what we can do now would strike our 1921 predecessors as magical, though the speed and power of our computers might surprise them. Nor would visitors from 1921 think of us as somehow not human.

Of course none of these developments are inevitable. Another very weird future is entirely possible: that we humans use our creative energies for destruction, causing civilisation to take some major and enduring steps backwards.

Either way, the future is not just more and nicer suburbs, better pay and new forms of social media. All those are likely to happen, but they won’t be the biggest changes. When it comes to the future of the human race, we — and our children, for those of us who have any — may turn out to be especially important generations. I very much hope we are up to this moment.

• Tyler Cowen is a Bloomberg Opinion columnist. He is a professor of economics at George Mason University and writes for the blog Marginal Revolution. His books include ‘Big Business: A Love Letter to an American Anti-Hero’.

Popular culture has been the biggest source for our fascination with UFOs, extraterrestrials and life elsewhere in the universe
Life
11 months ago

As the use of artificial intelligence technology becomes more commonplace, it’s increasingly important that an ethical framework drives development. ...
Features
1 year ago
Next Article

MICHAEL FRIDJHON: Sipping from one side of the spectrum to the other

MICHAEL FRIDJHON: Sipping from one side of the spectrum to the other