In instances where access to vaccines is limited or impossible, drugs can be a manageable alternative 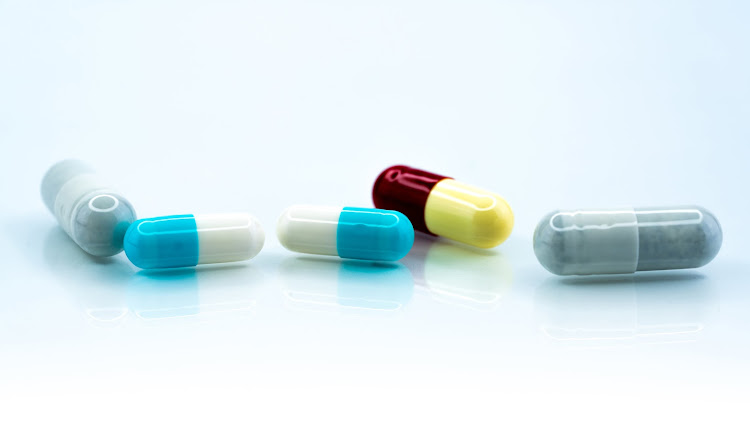 Vaccines have been game changers in the fight against Covid-19, offering effective protection against even highly contagious and pathogenic strains such as the Delta variant. But with many in the world still unvaccinated and cases on the rise — including among the vaccinated — it is becoming clear we will need more than shots to keep the virus at bay.

Sam Fazeli, a Bloomberg Opinion contributor who covers the pharmaceutical industry for Bloomberg Intelligence, answers questions on the next big potential breakthrough in Covid-19 treatments: antiviral pills under development by Merck & Co and other drugmakers.

What is the importance of antivirals and how can they help us in managing the pandemic?

There is an increasing realisation that we will not be able to fully vaccinate the global population as fast as we would like to or should. This is partly because of the difficulty in manufacturing vaccines, though we already have billions of doses administered and more coming.

The problem is that many of those doses have ended up in the arms of people who live in mid-to-high income countries. Some developing nations have extremely low vaccination rates or are using vaccines that are not as effective as the mRNA shots from Pfizer-BioNTech or Moderna.

For these countries, access to safe, effective and scalable oral drugs could help reduce the burden of disease and relieve some of the pressure on health systems as they wait for vaccines. These drugs could also help treat breakthrough infections among the vaccinated. Antivirals also have utility for people whose existing health conditions make vaccination risky, as well as those who do not respond well to vaccines, such as immunocompromised individuals.

How do they work?

The aim of any antiviral drug is to interfere with the virus’s ability to copy itself, or replicate. This contrasts with antibodies — whether generated by a vaccine or injected directly — which block viral entry into cells. (Vaccines also induce an immune response that seeks out and kills infected cells, thereby reducing viral replication.)

Some antivirals are developed to resemble the building blocks that the virus uses for its genetic material, which in the case of SARS-CoV-2, is not DNA but RNA. They work by inundating the viral genome with mutations, or errors, which render its genes useless, stopping replication in its tracks. This is the way that Merck’s drug molnupiravir (licensed from Ridgeback Biotherapeutics) works.

Within the universe of companies that I cover, there are two other drugs in development that I am watching: One is made by Pfizer and the other by Roche (in partnership with Atea Pharmaceuticals). Both have a similar “mechanism of action”: they block the function of a critical enzyme that the virus needs to assemble itself. They have both shown antiviral activity in studies using animals and cell culture, while Roche has shown some viral load reductions in early human trials.

Why can’t already approved therapies such as antibodies or remdesivir do the job?

Antibodies from companies such as AbCellera Biologics-Eli Lilly & Co, GlaxoSmithKline-Vir Biotechnology and Regeneron Pharmaceuticals have proved effective in reducing hospitalisations if used early enough. Regeneron’s cocktail has also been shown, in the UK’s nationwide Recovery trial, to have utility in some hospitalised patients.

But they are expensive and require sophisticated manufacturing, often needing some of the same materials that are used to make vaccines. Remdesivir is used once people are in the hospital, so it is not useful as a drug to prevent severe disease and hospitalisation. And even where it is approved for use, the benefit is marginal given its cost. These drugs are tough to store and administer — they are given by injection or infusion. Pills are a much more manageable alternative.

Is an antiviral drug likely to be vulnerable to or less effective against variants?

Almost all variants of concern have evolved in response to the developing immunity of people who have been infected with the virus. It is also possible, though less likely, that new variants may evolve in people who do not obtain sufficient protection from vaccines. Small molecule antiviral drugs can also certainly lead to virus strains that are able to resist treatment.

The way to stop antiviral resistance is to simultaneously use two drugs with different mechanisms of action or use a drug that targets a part of the virus that is very unlikely to change. But resistance is a risk that must be monitored closely.

How well do they appear to protect against long Covid-19?

I’ll answer this by first referring to information we are learning about vaccines, which could have a bearing on antivirals.

Emerging data suggests that vaccination leads to resolution of long Covid-19 symptoms in more than 50% of those who are inoculated. One theory is that the immune response to the inoculation leads to clearance of pockets of persistent viral infection in the body.

If this is indeed the case, antiviral drugs could also have utility in helping people with long Covid-19 by helping to clear out stubborn viruses and infection.

How would we best deploy such a medicine to do the most good if one becomes available?

It is easier to make these drugs than it is to produce vaccines and biologics, and the wherewithal to do so exists worldwide. This is a key reason I think success with one or more antivirals could be a game changer. And easier manufacturing should lead to lower pricing that can help speed distribution to the most vulnerable populations.

The developed world should pay top dollar and the rest of the world should receive cheap generic-level pricing. Indeed, Merck has already made deals with generic and other drug manufacturers worldwide for molnupiravir.

When can we expect these drugs to become available?

We have already seen some early clinical data for Merck’s drug. It clearly reduced hospitalisations, but there were some wrinkles in the data that make it difficult to draw concrete conclusions. Later-stage phase three data is due in the next few months not only from Merck but also Roche and Pfizer. This opens the door to potential combinations. If all goes well with the trials, these medicines may become available as soon as early 2022.

• Sam Fazeli is senior pharmaceuticals analyst for Bloomberg Intelligence and director of research for EMEA.

However, an Israeli report notes that the data could be skewed due to different ways of testing vaccinated vs unvaccinated groups of people
World
6 months ago

Shots will be used to immunise half of the 800-million people in need of vaccination, AU special envoy says
World
6 months ago

1.
Deep, dark secrets of crew aboard wild superyachts
Life / Gadgets & Gear
2.
This might be why Michelangelo gave up completing ...
Life / Arts & Entertainment
3.
Would you pay R280m for a number plate?
Life / Motoring
4.
Rugged Ineos Grenadier prototypes in SA for ...
Life / Motoring
5.
MICHAEL FRIDJHON: Top performers at the 2021 Old ...
Life

1.
Deep, dark secrets of crew aboard wild superyachts
Life / Gadgets & Gear
2.
This might be why Michelangelo gave up completing ...
Life / Arts & Entertainment
3.
Would you pay R280m for a number plate?
Life / Motoring
4.
Rugged Ineos Grenadier prototypes in SA for ...
Life / Motoring
5.
MICHAEL FRIDJHON: Top performers at the 2021 Old ...
Life