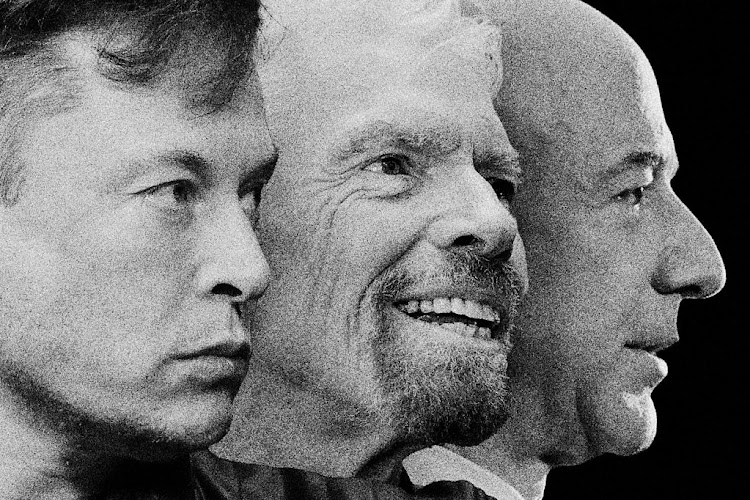 San Jose — Richard Branson and Jeff Bezos have been to space. Rich people have done this sort of thing before, but Branson and Bezos didn’t just pay for a ticket — they paid for the spaceships. Individuals, if they’re wealthy enough, are no longer beholden to government craft when they want to leave the planet for a little while.

These two voyages have generated an awful lot of takes. Some have celebrated the engineering and persistence required to fly a bunch of humans into space and bring them back safely, or the wonder of pushing the boundaries of possibility.

Mostly, though, this has proven an irresistible occasion to vent frustrations about billionaires doing billionaire things instead of focusing their resources on the pandemic, or climate change, or any of the other rolling crises here on Earth. People are dying. The planet is broken. Maybe these guys, and fellow billionaire space enthusiast Elon Musk, ought to tuck their space phalluses away for a couple of decades and focus on some of our more immediate concerns.

A couple of decades ago, when the three men’s respective space companies were just getting started, they were taken as evidence that these nouveau riche types were dreaming too big. Now, notwithstanding some legitimate arguments about effective tax rates and who makes public policy, it’s the critics who are thinking too small. The billionaire joyrides into space are just the brightest, shiniest objects in a much larger field.

After decades of false starts, Earth’s orbit and points beyond are already being commercialised at incredible speed by dozens of private companies. Branson’s and Bezos’s willingness to go up in their own spacecraft amounts to little more than an endorsement that their vessels are finally safe enough for them to try, and, more pointedly, that space is open for business. What happens up above us will be one of the most important economic and technological stories of the next decade, whether or not Musk ever settles Mars. 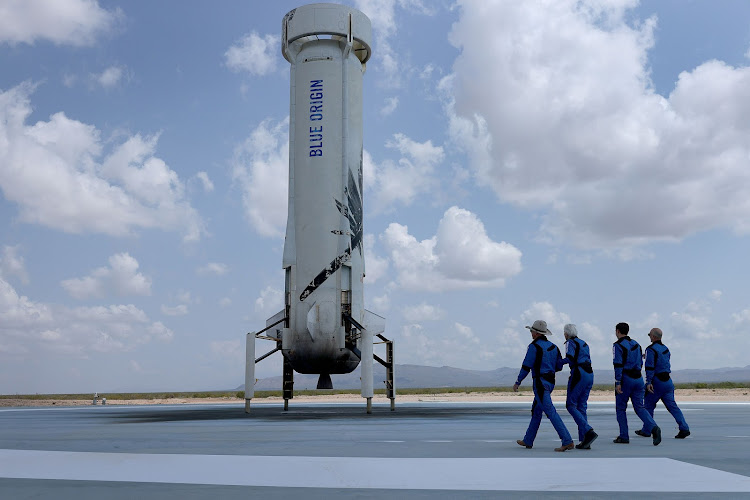 Here are just a few of the less remarked-on recent stories out of the private space industry.

First was the stock market debut of a company called Astra Space, which, backed by venture capitalists, built a viable orbital rocket in just a few years. Its goal is to fly satellites into orbit every single day.

Shortly after Astra went public at a value of $2.1bn, satellite maker Planet Labs — which uses hundreds of eyes in the sky to photograph the Earth’s entire land mass daily — announced its plans to do the same, at a value of $2.8bn.

Firefly Aerospace has a rocket on a California pad awaiting clearance to launch. OneWeb and Musk’s SpaceX are both regularly launching satellites meant to blanket the planet in high-speed internet access. Rocket Lab, in the previously spacecraft-free country of New Zealand, is planning missions to the moon and Venus.

The special purpose acquisition companies (SPAC) frenzy has been particularly kind to the private space industry, including some of the companies named above. Easier access to public markets has helped draw billions of dollars from excited investors to an industry once dependent on governments with vague military objectives or expansive views of public works.

Partly as a result, the number of satellites orbiting the Earth is projected to rise from about 3,400 to anywhere between 50,000 and 100,000 in the next decade or so — and that’s even if these companies just fulfil the orders they’ve received so far.

It seems likely the estimates will slide a bit, given that those kinds of numbers would require rockets to blast off one after another from bustling private spaceports all over the globe on a frequent basis. But whatever the precise timing, the message will remain unchanged: private space is here.

This month’s space tourism race is just escape-velocity window dressing on a much bigger, more transformative set of changes. The results of these shifts will be unpredictable, except that ego and greed are likely to be as present as ever. Nonetheless, the evidence on the non-ground suggests we should consider the possibility that this emerging industry might turn out OK.

To understand just how far private space has already come and where the real action already is, look at Decker Eveleth, who, until several weeks ago, was an anonymous senior at Reed College in Portland, Oregon. Eveleth is a typical college student, except that, for funsies, he scours satellite imagery in search of weapon stockpiles and other military infrastructure. Last month he spotted what looks like more than 100 intercontinental ballistic missile silos sitting in a desert in northern China, lending credence to rumours that the nation is building nuclear weapons in large numbers.

In early July, Jeffrey Lewis, Eveleth’s mentor, took Eveleth’s discovery to the press. The US department of state called the news “concerning”.

Chinese state media said the site was just a wind farm under construction, but images from another satellite start-up, Capella Space, undermined that explanation. Capella’s systems, based on a special type of radar, appeared to show liquid runoff coming out of the domes, and a series of metallic structures typically used to house weapons.

It’s tough to overstate what a leap forward these private eyes represent. When the US went space-looking for Soviet weapons of mass destruction in the late 1950s, it had to use rockets to carry bulky satellites into orbit, where they took photos and dropped their film canisters back to Earth to be, rather incredibly, caught in midair by planes. Crazier still, this sometimes worked.

But the effort took a decade of trial and error by America’s top scientists and companies, then teams of hundreds to eyeball the top-secret photos. Eveleth just poked about on his laptop in his spare time, and anyone else could do the same.

“It used to be that the government had satellites, and we didn’t,” says Lewis. “Now they have slightly better satellites. OK, that’s nice for you, but it doesn’t really matter.”

The arguments against thinking about space as all right now tend to centre on the apparent frivolity of orbital tourism. The Los Angeles Times summed up this line of reasoning with the headline for a piece by the talented writer Michael Hiltzik: “The Bezos-Branson-Musk space race is a huge waste of money and scientifically useless.”

Hiltzik went on to dismiss the recent wave of advances as mere thrill-seeking and distractions. Setting aside that people still spend many billions of dollars every year watching sports and playing video games, examples like Eveleth’s are a good reminder that technological advances aren’t always A-to-B propositions, and that there remains value in pure science for its own sake, even if the future dividends are unknown. 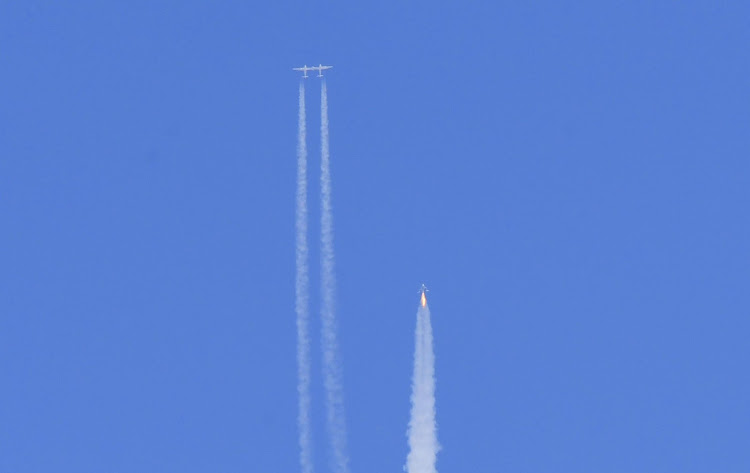 Richard Branson's Virgin Galactic flight took off on July 11, a little more than a week before Jeff Bezos took to the sky. Picture: PATRICK T. FALLON/BLOOMBERG

The satellite internet services from SpaceX and OneWeb have the potential to serve billions of people who can’t get broadband access another way. The success of Rocket Lab, a company created by a guy without a college degree who taught himself the needed engineering in a shed, also speaks to the potential democratising effects of private space enterprises. The zero-G rich people are a small part of this larger picture.

Of course, space-based enterprises still seem like risky propositions, with gobs of profit far from guaranteed. Even though companies such as SpaceX, Rocket Lab and Planet are valued at billions of dollars, they have yet to show they can turn a profit in orbit as smoothly as the more flywheel-esque ventures on Earth. Space, as everyone in the industry likes to say, is hard. But the newish bevy of space companies, including those run by some prominent moguls, are trying to figure it out, and the potential rewards are much greater than the occasional rush of adrenaline.

Humans never cease to amaze when their imaginations and ingenuity are given fresh fields on which to play and explore. To trample on the suborbital jaunts or literal moonshots is to miss the point of the exercises. Yes, we face big problems. But these problems won’t be solved by people turning inward to rue our collective plight. We’ll have a much better chance when people are looking up with wonder, asking “what’s next?”.

Oliver Daemen,  whose father heads an investment management firm, will travel with the Blue Origin founder, his brother Mark and Wally Funk, an ...
World
2 months ago

Space-themed ETFs, start-ups and new trading technology make it easy for people to bet on the future of the extraterrestrial economy
Companies
2 months ago
Next Article