Could a four-day week be the future of work? 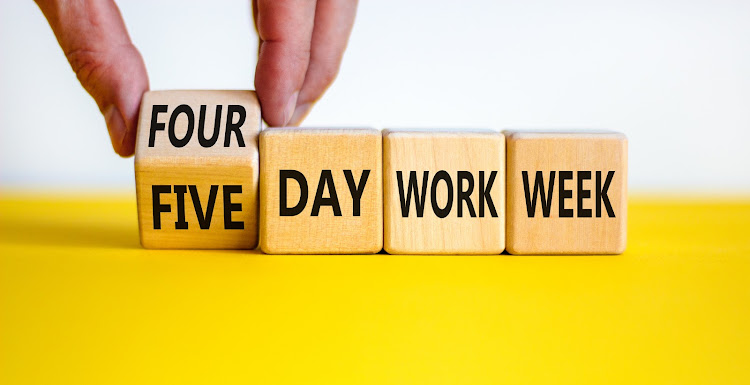 Japan, the country that gave us the word karoshi for “death from overwork”, is thinking about introducing an optional four-day work week. The idea has also come up in Iceland, New Zealand, Spain and other places. It’s in fact so obvious, some wise people in the past would be gobsmacked to learn that we’re only just starting to talk about it now.

One such sage was the economist John Maynard Keynes. In 1930, just as the Great Depression was threatening his and the world’s prosperity, he penned a classic essay on the “Economic Possibilities for our Grandchildren.” The longer-term economic and technological trends, he argued counter-intuitively, in fact suggested that within a century — that is, right about now — we could meet all our needs so efficiently, we’d only work out of habit or for fun, and even then probably no more than 15 hours a week.

A cursory glance around will convince you how right he was in some ways, and how perplexingly wrong in others. Yes, Homo sapiens has, despite persistent pockets of poverty, largely overcome the traditional problem of economics, which was scarcity. Most people in rich countries today can easily feed, clothe and house themselves and their families.

It’s hard to go through a single day without comparing yourself, feeling inadequate and concluding that you must try harder

And yet the average number of hours worked per person has only decreased slightly in recent decades, and is still much higher than Keynes foresaw. In most countries, the standard work week is defined at 40 hours or so, but the reality is usually that people slog much longer in formal or informal overtime.

Most surprisingly, it’s often those with the highest incomes — and therefore the fewest unmet physical needs — who toil the hardest. Up-and-coming types in China brag about working “996” — 9am to 9pm, six days a week. When I was an investment banker in one of my previous lives, some of my colleagues clocked 100-hour weeks. That’s the sort of life that leads to karoshi, which the Chinese call guolaosi and the South Koreans gwarosa.

Besides Keynes, others who would find this phenomenon puzzling include our hunter-gatherer ancestors. For most of the time our species has existed, humans did in fact work Keynesian — meaning few — hours and were nonetheless healthy and even content, as the anthropologist James Suzman concludes in his recent book, Work: A Deep History from the Stone Age to the Age of Robots.

Part of the reason was their sense of time and their egalitarianism, as Suzman told the podcaster Ezra Klein. Because they trusted in nature’s ability to feed them every day, hunter-gatherers rarely planned ahead, living mainly in the here and now. And because they dwelled in small groups that frowned on status inequality, accumulating wealth was basically pointless, because everybody could demand that you share whatever excess you had.

That innocence was lost roughly 10,000 years ago, when agriculture emerged. Now humans had to constantly live in the future, planting now and harvesting months later, storing seeds and crops for lean years, and so forth. 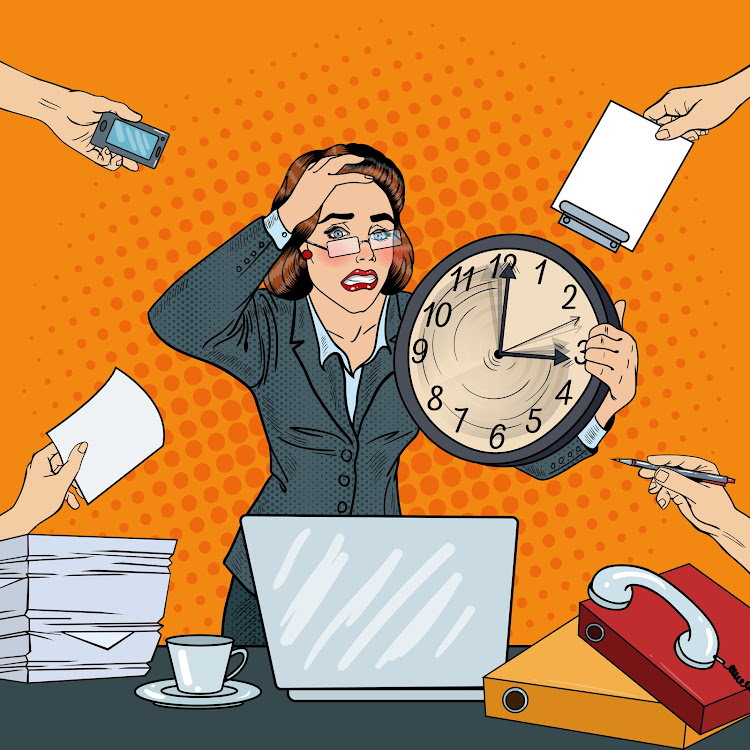 In Japanese the word for ‘death from overwork’ is ‘karoshi’. Picture: 123RF/VECTORLAB

And they lived in larger, sedentary societies that became glaringly unequal. The have-nots now laboured alongside the haves and, hungry or not, they discovered new material desires. Working to fill our needs was out; working to sate our wants was in. And wants are limited only by our imagination.

Industrialisation, urbanisation and modernity turbocharged this development. Advertising emerged, to feed our fantasies about future consumption and status. More recently, online social media has taken over, showing us a permanent and global newsreel of other people who seem to have more. It’s hard to go through a single day without comparing yourself, feeling inadequate and concluding that you must try harder.

So here we are, hamsters running in our wheels next to one another, wondering why we’re treading in place and feeling burnt-out. In a sense, the explanation is no longer to be found in economics — that is, scarcity — but in Buddhist philosophy: it’s not the needs of the body but the cravings of the mind that now drive and torment us.

Fortunately, priorities are beginning to shift in some cultures. Germans used to be famous for hard work; these days they’re notorious for long holidays on Majorca. Western Europeans in general have discovered the joys of slowing down, especially when compared to Americans, hence the witticism that Brits rhyme leisure with pleasure, Yanks with seizure.

What is the hype around The 5am Club?

The trend is budding even — witness the Japanese debate about the work week — in East Asia. When I lived in Hong Kong two decades ago, I often thought that if Max Weber were around, he’d have to rewrite The Protestant Ethic and the Spirit of Capitalism by replacing “Protestant” with “Confucian”. But these days even young Chinese (to the horror of their elders) are embracing “tangping” — “ lying flat”, in effect sloth — as a way of life.

I’m well aware that there are readers who must find these musings unbearably indulgent. Does the single mom who cleans hotel rooms to get her children into college really have the option of living better by working less?

Besides, in most jobs you can only slow down if your employer plays along, and bosses will need a lot more convincing that less face time doesn’t have to mean less productivity — though that’s exactly what recent trials in Iceland showed. And anyway, if robots and artificial intelligence really do make some work redundant, isn’t that a bad thing?

Even Keynes already knew that fear of what he called “technological unemployment”. But he largely dismissed it, surmising that the deeper anxiety is about what we’ll do with ourselves when we have so much more spare time. To spend it well, it turns out, we’ll have to cultivate new — or rather, ancient — aspects of our nature, which may even look suspiciously like work.

Keynes thought it was an effort worth making, for “we have been trained too long to strive and not to enjoy”.

• Andreas Kluth is a columnist for Bloomberg Opinion. He was previously editor in chief of Handelsblatt Global and a writer for the Economist. He is the author of ‘Hannibal and Me’.

Confronting the underlying issues can allow us to plot a healthier, more sustainable course
Life
6 months ago

My Brilliant Career: Health and healing for the mind, body and soul

Michelle Campbell is a master herbalist, an Ayurvedic medical practitioner and the creator and founder of Green Cat Organic Health
Careers
7 months ago
Next Article

Wanted Online: Home is where the smart is

Wanted Online: Home is where the smart is