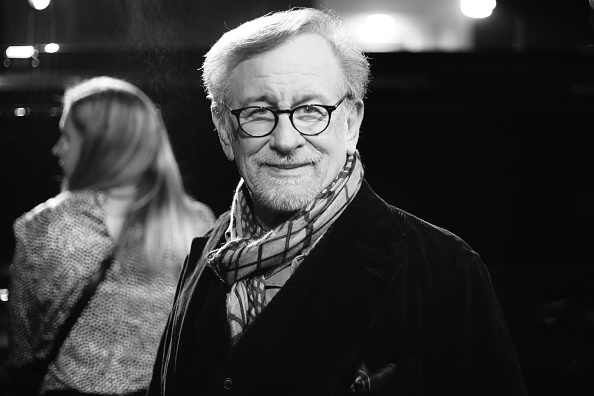 Steven Spielberg at the premiere of Disney's "Star Wars: The Rise Of Skywalker" in 2019. Picture: RICH FURY/GETTY IMAGES

When Steven Spielberg agrees to make movies for Netflix, it’s no longer just a Covid-19 pandemic phenomenon. Even if the box office’s relocation to the living room is only a partial one, it is permanent. And it’s forcing Hollywood and Netflix to realise how much they need each other.

In a game-changing announcement on Monday, Spielberg’s production company, Amblin Partners, signed a deal to produce multiple films a year for Netflix, attaching one of Hollywood’s most influential producers and legendary directors — Jaws, ET, Jurassic Park — to the most popular entertainment venue of recent times. It’s important in that Spielberg and Netflix once represented industry antipodes (“Hell freezes over?” read one entertainment site’s headline). Beyond the symbolism, though, the result of the partnership may be attractive for Netflix users and investors concerned about the at times subpar quality of its library.

In the 14 years since Netflix began offering online content, it has single-handedly revamped the concept of home entertainment, slew pesky cable contracts and reshaped Hollywood, all largely to the benefit of consumers.

But while variety and choice were its signature offerings, the streaming-video provider wasn’t known for quality filmmaking. Netflix seems to be looking to change that perception as its up-and-coming rivals — studio owners that have built generations of goodwill with moviegoers — now make their own push into streaming.

Every Warner Bros. film being released in theatres this year is also being made available on HBO Max the same day. And Walt Disney is reimagining its lucrative Marvel and Star Wars film franchises as TV series for the Disney+ app, a strategy that has helped it quickly scale to more than 100-million subscribers — about half as many as Netflix but in a fraction of the time. Amazon.com also recently struck a deal to acquire MGM Studios to improve its Prime Video catalogue.

Spin-off businesses, M&As — the fight to the top of the most lucrative streaming platforms
Life
1 year ago

A study by Ampere Analysis for the Wall Street Journal found that critics and general audiences aren’t impressed with Netflix films thus far — and many other studios’ releases, for that matter, though Netflix scored the lowest.

“On average, audiences gave Netflix's original films, which include some Oscar contenders, a score of 59.1 out of 100, while the critics' score yielded the company an average score of 54.4,” the report said.

Disney scored the highest with an average audience rating of 70.3 and critics’ rating of 66. In fairness to Netflix, it’s not as if Warner Bros’ release last month of Those Who Wish Me Dead starring Angelina Jolie did much to help HBO Max win over streaming audiences either.

Still, behold the power of Spielberg: Amblin co-produced and Aaron Sorkin directed The Trial of the Chicago 7 for Paramount Pictures, but when the Covid-19 pandemic shut down theatres, Netflix picked up the film for a reported $56m. It scored 89% on Rotten Tomatoes.

According to the Journal, Ampere’s research also noted that Netflix films have a shorter shelf life, while Disney productions tend to sustain their popularity. This enables Disney to be the unmatched consumer-merchandise powerhouse that it is.

To that end, working with Spielberg might not just mean higher-quality movies on Netflix but perhaps films with greater longevity that are thus ripe for consumer-product tie-ins (its online store Netflix.shop launched this month).

The main goal is to end the dreaded scroll. What’s the point in releasing a movie a week if they aren’t any good? With Spielberg joining Team Netflix, though, cue the Jaws music for the rest of the streaming industry.

Your Netflix habit has a carbon footprint, but not a big one