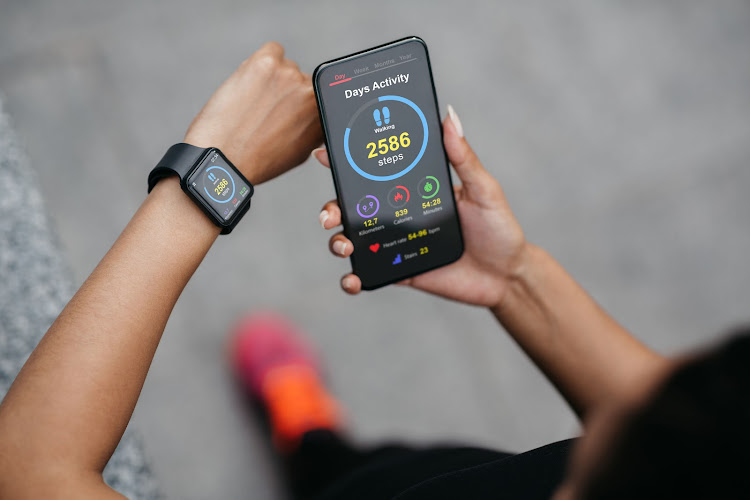 London — Health and fitness apps, which help mobile-phone users track everything from calorie intake to menstruation dates, can access and share personal data in a way that is concerning, according to a study published in the British Medical Journal.

The analysis of more than 20,000 apps found that inadequate privacy disclosures for many of them prevented users from making informed choices about their data. One third could collect user email addresses and many more transmitted data to third parties such as advertisers.

The findings come as the pandemic further boosts mobile-phone use and technology companies try to balance privacy demands with the financial needs of developers and advertisers. Google said it would create a new safety section in its Play mobile-app store, while Apple debuted an anti-tracking feature this year.

The sensitive nature of the information users share on health apps — such as health conditions or disease symptoms — poses heightened privacy risks.

Yet among the health apps included in the study, 28% did not offer any privacy policy text, according to researchers from Australia’s Macquarie University. And at least a quarter of user-data transmissions breached what was set out in the policies offered. As many as 88% of the apps reviewed could access and potentially share personal information, the researchers said.

The study looked at more than 15,000 free health apps in the Google Play store and compared their privacy practices to those of more than 8,000 non-health apps. The authors said the research was only an observational finding, and had some limitations, though they said it was a broad assessment of the apps compared with previous research.

Devlin Brown at the water cooler: Should I download the Fitness Ally app?

Having created monopolies in online messaging, search and e-commerce, the giants are finally being reined in
Opinion
1 month ago

Devlin Brown at the water cooler: What are the best apps for home exercise?

No mobile app is going to get you off the couch — you need to do that yourself.
Lifestyle
1 year ago
Next Article

My Brilliant Career: Helping firms manage the physical assets they have

My Brilliant Career: Helping firms manage the physical assets they have